Kotarou is the star player this episode. Too bad Stinger had to show he has negative IQ to do it. Seriously, Stinger, you are a shitty lone wolf. You're not strong enough to pull it off, even a little bit. Stop trying.

There's a KyuuTama that just exists to record video? That's dumb. I can't believe how lazy and unimaginative this show is sometimes.

2/5 stars, was not amused. It says something that the annoying little kid archetype is the only good character in the series. Toei, if you release bonus stuff on Blu-ray in the expectations that we'll buy it, let's just say, don't hold your breath.

SpoilerShow
What? You're fucking ripping off MagiRanger now? /me slaps his head

Correction
It looks like we've been translating the constellation for Scorpius wrong the whole time. I always thought it was dumb that Scorpio was from the Scorpio System. Anyway, it looks like Scorpio comes from the astrology side of things, not the constellation side.
https://en.wikipedia.org/wiki/Scorpius
http://takkynoko.tumblr.com/ My new blog

SpoilerShow
What? You're fucking ripping off MagiRanger now? /me slaps his head

I enjoyed this episode, but generally it's in spite of Stinger, not because of him. His personal quest for vengeance (and desire to do it alone) just isn't very interesting. Which is a shame, because it doesn't have to be this way; if it were handled differently, it could have been genuinely captivating. But oh well, at least it's nearly done, and in the meantime we still have the Melon Prince.:p

Kotarou is definitely the highlight of this episode. Normally I loathe kid actors, but so far the writers are doing well with him, and he has yet to disappoint. Unlike Stinger's plot, his plot is actually interesting, partially because of his relationship with Stinger (a good supporting character, I lousy lead, I suppose) and partially because he's the only Earthican of the group. So his shame at his fellow humans and his anger at Stinger feel natural; in fact his age probably is a benefit here. Also, when he's fighting untransformed, I like how they're using his size and agility in an interesting manner. The kid isn't really a stunt fighter (that takes training), but he's got some moves. However someone needs to teach him basic first aid: you don't administer shots in the back (unless it's the lead kind), you administer them in the keister.

One thing that has caught my eye in this series - and especially this episode - is that the writers haven't been afraid to portray the locals in a bad light. In a normal Sentai series, even if they can't fight they're at least supportive. However here, the show is taking the time to showcase how petty and hostile the people are. They even threw a rock at a kid!

Finally, I thought the Moraimaazu fleet was supposed to instantly wipe out the Earth? It's the end of the episode and the Earth is still standing.:p


takenoko wrote:There's a KyuuTama that just exists to record video? That's dumb. I can't believe how lazy and unimaginative this show is sometimes.

They have 88 of these to show off. We're going to get a lot of stupid ones.

(Seriously, who the heck thought 88 different collectable widgets was a good idea?)

Oh and Take, this thread needs to be moved to the Kyuuranger section of the board. 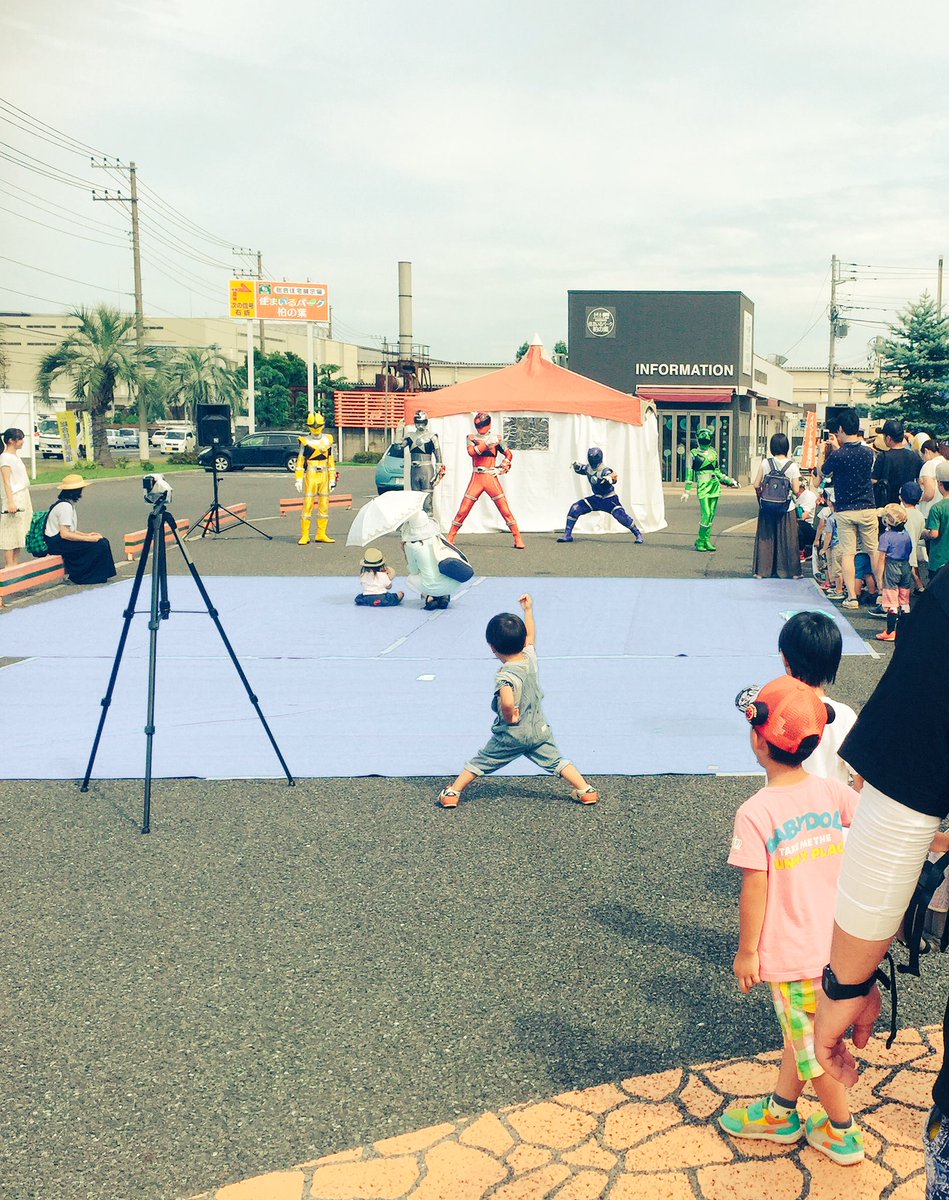 Kotarous actor is not shit. Toei can pull some good child actors for long term roles it seems.

Rest of the episode was kind of shit. Stinger doing the angsty solo avenger thing doesn't work. He isn't good at it and it goes against the teamwork thing they've tried to push for him.

It's a shame they just have to straight up backseat a whole heap of characters to get focus on 2 (Lucky is just there by proxy).
Top

Antares is the brightest star in the Scorpio constellation, hence the usage in both series.
Top

Maybe it's the lack of energy in me at the moment but I actually enjoyed this episode and while it did have it's stupid flaws (here's looking at you sting-man and stupid Kyuutama uses) it was a very solid episode, Kotarou's development was great, the cast felt important as in their presence can be felt, and it got me thinking, if they keep Lucky just slightly to the side and allow the team to shine this would be a much better series coming off a rather blunt series previously. and I personally am hyped for next week, minus one tiny complaint regarding suit design but i'll rant on that next week.

Even though this episode was eh, it does seem like there is an upward turn when it comes to the quality of the episodes. They aren't fantastic, but they are better than what we have been stuck with since Episode 6ish.

This is one of the better episodes of the series, though that isn't really saying much. Stinger is being a complete and total idiot and Kotarou, easily one of the best characters in the show, doesn't have much room to speak in regards to the whole "bad big brother" thing seeing as how we haven't seen his little brother once since his debut episode.


takenoko wrote:There's a KyuuTama that just exists to record video? That's dumb. I can't believe how lazy and unimaginative this show is sometimes.

Is that really a fair reason to call the show lazy? Yes, the show is lazy on quite a few fronts; but they have at least 89 of their collectible devices to run through, a number that's seconded only to the Ranger Keys (unless I'm forgetting something). I think we can forgive some of them for being useless.
Top

In a better show it'd be a laughable nitpick. If everything else is lazy, then yeah, this one thing is lazy too. The show would have been stronger by just not showing that KyuuTama. Or the fish one either. Remember they don't need to show all 88 items in action. No kid is going to go "I want the one that makes the fish, mama"

Without cheating, does anyone even remember which KyuuTama is the dumb hologram recorder one?
http://takkynoko.tumblr.com/ My new blog

I want the one that makes the dumb tie-in plastic cups mom!
Top

I thought this episode was ok, aside from a few issues that is. But I have to commend Kotarou's actor just for the fact that he's good compared to other child actors.
He was indeed the star of the episode.
A cyborg pokémon who may or may not be a Kamen Rider.
Top

takenoko wrote:Without cheating, does anyone even remember which KyuuTama is the dumb hologram recorder one?

I wanna say it's in the 30s, but I'm not positive. Of course, as a comparison, I enjoyed Fourze yet I couldn't name more than half of the main 40 Astroswitches if you held a gun to my head.
Top

Best episode of Kyuranger for me so far

Lucky is not being an idiot as he's serious for almost, if not all of the episode and the biggest plus for me would be that he doesn't say his catchphrase at all during this episode to which I say hallelujah for it
Kotaro seems to be the major focus in this episode since he wants to bring Stinger back from his lone wolf suicide act
Stinger, sorta finally understands that he needs to work with the team to get what he needs to get taken cared of instead of doing it alone and dying failing his goals
Champ seems to be able to come back if his eyes glowing means anything
Humans are asses here, rejecting their saving forces because Jark matter will spare you which is obviously a lie if you turn the Kyurangers over but I don't care about it
Currently Watching
Super Sentai: Ryusoulger
Kamen Rider: Zero One
Ultraman: None

i agree that its nice they are sticking to a characters subplot, and how it brings him together with 2 other rangers, Champ and Kotarou, but i feel everyone else is kinda left out.

but hey! at least its not "the amazing ranger red and friends save the day!" if anything, him using the hikari kyuutama lets them do that, but play the teamwork piece by making him a supporter.

any yeah scorpio milos came to mind too, except his antares was a sure 1 hit kill, in this cause though it sort of like when Rinjyuken Melee would do with her tongue to give a power boost to warriors but theyd die afterwards.

what i think is missed here is that stinger isnt a lone wolf. he is just a loner because thats what he has known, and as the lonely type, doesnt want to burden people with his troubles. the types are similar yes, but, a lonely type isnt as strong as the lone wolf type. the lone wolf type is usually the game changer and can do on his own. (gekiviolet, gaosilver, yamato from digimon, pheonix ikki, etc)
I work too much ....
https://www.facebook.com/ThisGeekLife
https://twitter.com/Samuraibirru
Check out my gaming vids!
Top
Post Reply
20 posts