Back to Zi-O's usual level of quality. I do like that Hayase calls himself with the time cellphone, but it's pretty lazy to not show the outcome of it. I would have thought I'd have been more excited by Woz's deeper involvement, but friggin' Sougo is still boring as a stick in the mud.

I'm utterly baffled by Geiz's "Whoa, Sougo manipulated me this whole time" reaction at the end.

Nitou's another wasted guest appearance. He barely even acts like Nitou. Aside from the mayonnaise thing, I don't really see him as the kind of guy who'd attack Geiz out of nowhere. I have so many regrets about this being an anniversary show.

This is episode 8, are the characters in the show really learning what we learned about the rules of the world in episode 2.5? If this was supposed to be a great mystery being revealed, it's hard to tell given the foreknowledge I had from the half episode. It genuinely makes me wonder, would episodes 1-7 have been better if the viewer were fumbling around for answers like the characters? It just makes me more annoyed at the meta nature of the half episodes. Maybe stop wasting those and use those minutes instead to make Sougo, Geiz, and Tsukuyomi more likeable characters?

1/5 stars, a disappointing conclusion after the last episode. There was almost nothing done well in this episode.
http://takkynoko.tumblr.com/ My new blog

Ika de mayo? I think I should give Japanese mayo another chance. I tried Heinz’s Mayochup the other day, it’s not my cup of tea despite that restaurants like In-N-Out have a sauce combined out of mayo and ketchup.

Whoa there, Hayase. Don’t kill Yashiro-san. Don’t bring me back to that tragic moment from W Forever…

Yep. Tasuku Nagase didn’t do much.

Good teamwork on both Riders.

That said, I do wonder of Geiz and Woz's interactions from the future. Enemies, former friends or something in between??

So why is Takashi Ukaji unavailable for this coming arc??
According to simpletons on the net, if I want to be a made man, I should become Amazon Sigma. I don't want to be a undead soldier though.
Top

Japanese Mayo is on a whole other level. I remember having it for the first time about 6 months before Wizard aired and having to convince a tonne of people after Beast appeared that it was good shit.

Unlike this episode, which was not good shit. Having Beast appear for like 10 seconds for no real reason is a pointless use of a former character. Having a small window to actually have the former rider be the character from the show isn't fan service.
Top

Guys i really think ya'll are expecting way tooo much out of this. This isn't Decade they aren't going back to previous seasons to celebrate them, it's more like just to have fun with what made them memorable.

I thought this episode was pretty awesome actually. Taking Tsukiyomi out of the equation so geiz had to do figure things out. To Woz becoming actually impressed with the new course time has taken.

It's very enjoyable and those .5 episodes wow. just hilarious.

I liked this, more than a lot of previous episodes. Beast was sadly wasted, but I was pretty into the actual story and the character dynamics being shown more.

The Wizard Armour is probably the best-looking one so far in my eyes.

Well that was a new level of disappointing. The time travel in this show makes 0 sense, and the phone call scene highlights this. They go back and time and stop the Another Rider, and yet time in the present hasn't changed at all beyond Tsukuyomi waking up. Woz claims that this restores the former Rider, except Episode 2 showed Claws and Build still without their powers.

Nitou, as said, barely did anything to justify his presence.

It does restore the former rider, but then Zi-O inherits the power, which effectively erases them again.

While stupid, it is at least consistent.
Top

Kalsidion
I am the new #2

HowlingSnail wrote: ↑Thu Oct 25, 2018 5:40 am Woz claims that this restores the former Rider, except Episode 2 showed Claws and Build still without their powers.


That's not what Woz said. He said destroying the Rider in the present temporarily restores their memories. Wizard still doesn't have his powers because Geiz has them now.
Top

I just downloaded this episode and saw an error. During the inheritance of Geiz using Wizard Ride Watch, in the sub I saw Drive's logo instead of Wizard's logo.
Top 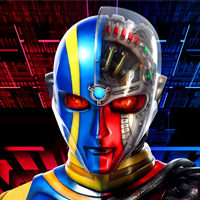 HowlingSnail wrote: ↑Thu Oct 25, 2018 5:40 am Well that was a new level of disappointing. The time travel in this show makes 0 sense, and the phone call scene highlights this.

I thought you were going to mention the paradox element to phoning yourself. Because, in the future, if you phoned yourself in the past, the future self would know what your future self said the moment they say it to the past self . . . Plus, if the phone call was effective, then it wasn't necessary in the first place and everything that just happened in the episode didn't happen. But, it had to happen in order for it to not happen . . .

Time is a tricky thing to mess with . . .
"There is no charge for awesomeness . . . or attractiveness." Po.
Top

I can't even give an opinion on this episode because I didn't really understand it.
Top

jabsjab wrote: ↑Thu Oct 25, 2018 9:08 am I just downloaded this episode and saw an error. During the inheritance of Geiz using Wizard Ride Watch, in the sub I saw Drive's logo instead of Wizard's logo.

Got it. Reencoding a v2. Thanks!
http://takkynoko.tumblr.com/ My new blog

all I know is Next ep will be at least SOME saving grace. this may be the point where they've gone "ok, we've fucked up so far, what can we do to change it??"

cuz if next ep can't salvage this series.... they're fucked.
Top

One way they could possibly pull the series out of the dumpster fire would be a baby face turn by the two kiddie timejackers. (Cute and lively kids would definitely be popular.) They could then actually explain why they were doing things and why they realized that it was dumb, then they could be know it all's who constantly call Geiz, Tsukuyomi, and Zi-oh lame for not understanding things. Then, whoever their boss was could send the second wave of team rocket to continue making another riders.

(They continue to shoot Tsukuyomi so only the left side of her face is prominent.)

There were so many things I didn't understand that it's hard to nail them down to specific points, but I will try:

Why doesn't Geiz get mad when Beast keeps one of the Rider Watches? Giez gave him both watches even though he has foreknowledge that we wasn't getting one back. What's up with that?

Why would Beast carrying around Wizard's watch cause it to do anything? Can they be given to random people? And, if so, why no give them all to chibi Zi-O?

Why haven't the PatRangers told Beast that he isn't allowed to camp at a public city park?

Don't Tsukuyomi and Geiz find it just the tiniest bit suspicious that Zi-oh's Uncle is always saying stuff at random that just happens to refer to the plot in a very heavy handed way?