That was fun as hell to watch. I don't know if it'll pay off in the next episode, but everything felt like it clicked just right.

I'm usually pretty negative, so let's start there. Show not tell! We've waited 13 episodes for Geiz to explain why he has the Ghost Watch, and his answer? "Oh I just stole them". A) If you're not going to do a flashback or anything, just have that line in the first or second episode. B) Why do we not see how Geiz "steals" a Ride Watch from Oma Zi-O. Oma Zi-O is apparently so strong that groups of people can't stop him. Also, has Geiz always had Rider powers and why don't we see him using it in the flashbacks from the future? These are important questions for the world building that can't just be glossed over with a single line like that.

Guests: This is a great use of them. Takeru stuck around and was initially a problem, but he actually stuck around and was helping out here and there. Great, that's what you want to see a guest do. Mr. Decade feels like nothing's change in the last nine years. Decade makes for a great antagonist simply because he's so capricious and his motivations are so unclear. You can see why Decade 2.0 having a backstory of being the main antagonist works so well, in the way it was a bit frustrating in the actual Decade series, since Decade also had to play the part of the protagonist.

Also Geiz being bad at history and just recognizing Agito from the statue without knowing anything about the guy was pretty funny. Also, great Agito action scenes for Agito fans.

Mr. Toei, I don't ask you for much (this is a lie), but if I'm very good, can my Christmas present be to having Mr. Decade as a reoccurring character for Zi-O? The guy's probably done filming Jinga, he could use the work!

Edit:
Another letdown is Geiz's behavior. Once again, it seems more like he's roughhousing than making an actual attempt on Zi-O's life. I know the scene was played off for laughs, but it makes Geiz seem like a joke character and reinforces the shoddy Zi-O world building.

Edit edit:
Another Ghost is pretty cool. He's got a good backstory and actually freaking acts like a Rider. His background reminds me of Ghost Rider. Just come back from the dead and do hero shit. Appreciate that they dance around with the morality of the situation a little bit.

Edit edit edit:
Also, it's super interesting to have a villain who initially refuses the devil's deal. Call it genre savyness or what, but Another Ghost could tell in an instant that Uhr was a bad guy trying to seduce him with power. That's pretty interesting! 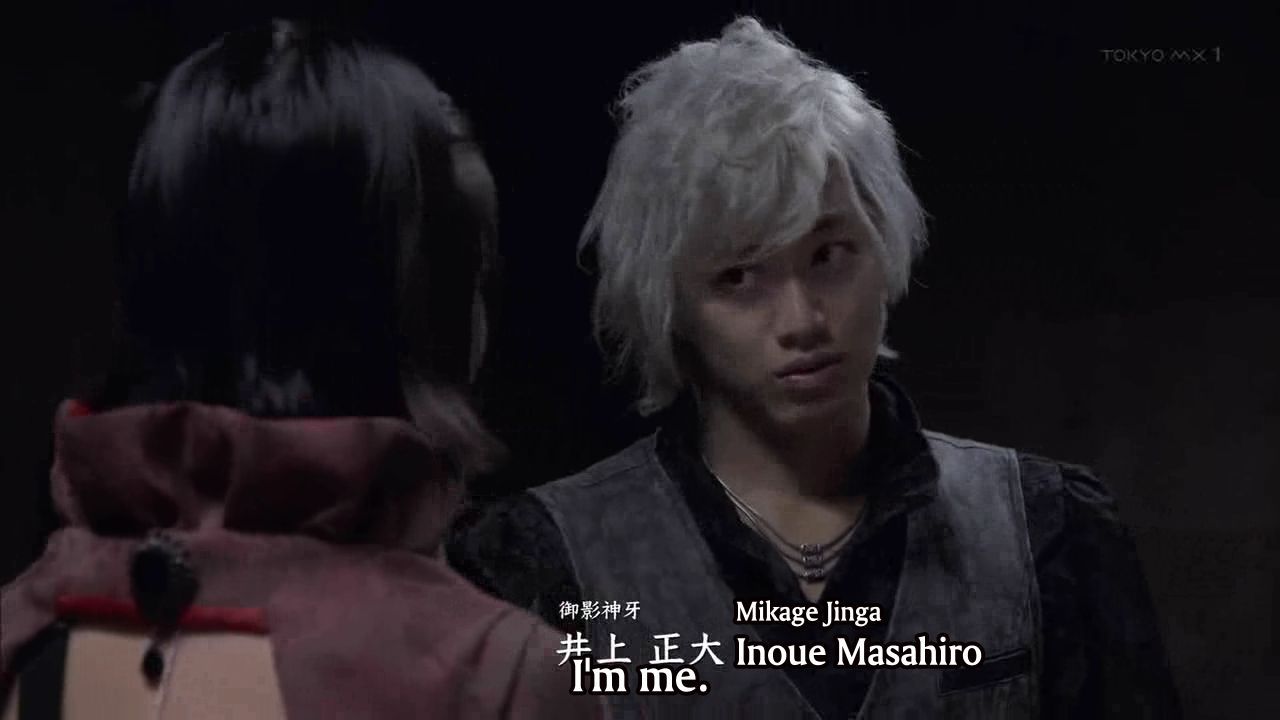 Why is Inoue Masahiro not more of a meme?
http://takkynoko.tumblr.com/ My new blog

That time stamp won't work 'cause the qc file is different. But I made an animated gif of it:

That works as well. Thanks for creating that reference =)
Top

Nice of you to come by and curbstomp people again, Masahiro Inoue. And of course, P-Bandai has announced a DX DecaDriver 2.0 to preorder.

To ensure Geiz’s elimination, Woz has joined the Jackers. Not surprising.

A brilliant, sadistic strategy from Uhr. Seems he wants to one-up Schwartz.

Okay episode.
Introducing Keisuke Watanabe to a notable voice actor of Freeza & a TTRPG player/actress is likely my crowning achievement in 2020.
Top

Is that why his belt is pink? I don't really like it...

I wonder if they'll explain where he got it. Probably not, but still...

Toei, make Decade a regular or semi-regular character in Zi-O or you're a coward.
http://takkynoko.tumblr.com/ My new blog

I agree. I hope they make Decade a recurring character. If they can do it for Agito provided it was by a different person for Decade's season, I'm sure they can do it for Zi-O.
So far, for the next trailer, I can only see Decade transform into Ghost. You can see Ghost and the Another Ghost final attack where you can see Decade's belt on Ghost. So it definitely wasn't Ghost who transformed during that scene.
And cool! The original voice narrator for the belt was chosen to be used. This will be very interesting once we see Decade use the final attack ride in Ghost form. Wonder how the voice acting will be like if they say G-g-ghost!

IF the original voice narrator comes back to narrate the new Kamen Rider forms and final attack, then this will tell us if Decade will be a permanent/semi-permanent character in Zi-O for sure. Doubt they would spend having the original narrator to narrate the new attacks for just 2 episodes worth of Decade. Only the next episode will tell.
Not worth the effort. Even the movie took the cheap way out.

Decade deserves to be in more episode to make up his 31 episodes in his own season.

And.. I can't wait for the armor form for Zi-O.
Armor Time! Kamen Rider.. (Wow!) Decade, Decade. Deca-do....! cos D-d-d-d-decade sounds way too similar to Decade's henshin sequence that might confuse others. Again, only time will tell.

I read somewhere that he will be a regular in Zi-O. I hope it's true because I love the character and the actor.
Top

I should point out by the way that's been officially confirmed to be Heure, not Uhr, here: https://www.tv-asahi.co.jp/zi-o/rider/i ... heure.html

I know official spellings aren't always correct, but in this case I think it is. ウール is MUCH closer to Heure than Uhr, which would be something like ウア or ウアー.
Seen:
Super Sentai: Zyuranger-Gingaman, Abaranger onwards.
Kamen Rider: Ichigou, V3, and all the Heisei/Reiwa series except Amazons and the American shows.
Precure: DokiDoki-Go Pri
Metal Heroes: Gavan

I know official spellings aren't always correct, but in this case I think it is. ウール is MUCH closer to Heure than Uhr, which would be something like ウア or ウアー.

Thanks for pointing that out! We can just use Heure from here on.
http://takkynoko.tumblr.com/ My new blog

13.5...well aside from them once again hammering the "Stop complaining about the show not making sense" message, I enjoyed it. The Drive references especially.
Seen:
Super Sentai: Zyuranger-Gingaman, Abaranger onwards.
Kamen Rider: Ichigou, V3, and all the Heisei/Reiwa series except Amazons and the American shows.
Precure: DokiDoki-Go Pri
Metal Heroes: Gavan

4/5 too little decade and I never liked Takeru from Ghost... Sougo is just another version of Takeru IMO.

Random point to make as well, the pink Decade Driver is officially called the Neo Decade Driver. As someone who's always been in favour of the term "Neo-Heisei", I'm well up for this.
Seen:
Super Sentai: Zyuranger-Gingaman, Abaranger onwards.
Kamen Rider: Ichigou, V3, and all the Heisei/Reiwa series except Amazons and the American shows.
Precure: DokiDoki-Go Pri
Metal Heroes: Gavan

It's not pink, it's Magenta
Top
Post Reply
44 posts