Hmmm, how do I feel about this episode. I think I like the ideas and the potential that went into this episode more than I actually enjoyed watching it.

There's a lot of set up, but it sort of feels like Zi-O and Geiz do jack all in this episode.

The directing is pretty bad in this episode to start. Sougo coming up with the name "Black Woz" and then taking like a minute to decide on calling the other one White Woz. If you didn't have that in mind to begin with, why are you calling him Black Woz?! And Heure not recognizing the usual Woz, despite the fact that the two Wozs never change clothing is weird too.

The time travel is especially bad here. Could you at least try to lay some rules down so that we, the audience, can pretend you're not making up as you go?

I appreciate that they let us know in advance that there'll only be three of these McGuffins to collect. I wouldn't mind them doing one of these, then going back to grabbing nostalgia watches. But I'm guessing this is a block of filler so that Toei can set up more cameos in the future. Which is fine, it seems like good filler content. Just make sure Sougo and Geiz and Tsukuyomi and Woz grow as characters.
http://takkynoko.tumblr.com/ My new blog

So to create the Savior, Another Woz must create certain MiRide Watches and have them combined with Geiz? Good that Myo-kun doesn’t trust his “servant”. It’s a sure sign that he can screw destiny.

Heure having 2nd thoughts about his leader resorting to stealing future riders’ powers?? You knew the risks of being a member of a chaotic evil organization, boy. Ask help from Tsukasa, if you can still contact him.

Heartwarming that Sougo has encouraged Rentaro to seek out his future on his own terms rather than Schwartz’s. Very good.

Oma Woz is Steve Woz and Another Woz is Gary Woz. I hope to Zod Steve Wozniak doesn't find out his nickname is used in a children's Power Rangers show.

Good episode. Kinda surprised that the Shinobi spinoff got announced, though Megumi Han (Kyuemon from Ninninger) got giddy about it.
According to simpletons on the net, if I want to be a made man, I should become Amazon Sigma. I don't want to be a undead soldier though.
Top

Pretty good episode, at least they are trying to inject ideas.

Will next episode feature Kamen Rider Filler-Episode? (Since in show quiz shows are usually associated with filler episodes.)

Tsukuyomi should have told White Woz that she would take the new watch and decide which Demon King would be more worthy of having it.
Top

You know, given that people like New Den-O and Aqua were a thing, and yet apparently in Geiz and Tsukuyomi's timeline there were no Riders after 2019, we can assume that time has already gone through some massive alterations, and that their timeline is far from the first one.

And with that, I just put more thought into this show's plot than Toei probably has.

Truthfully I can't quite put my thumb on exactly why, but I really liked this episode. It set up a lot of interesting things, and it finally makes Woz matter. He's still a secondary character, but his relationship with Sougo is now more than being this annoying barker when the latter gets a new upgrade.

I rather like Schwartz's plan here. Creating a paradox like that is one of the smarter things they've done in this series. And similarly, I like how Zi-O broke the paradox: not by defeating Another Shinobi in combat, but by changing his future through kindness and inspiration. It's practically an overused KR trope, but it seems a very fitting thing for Sougo to do.

The lack of Tsukuyomi and Geiz here was a little odd. However I think this episode benefited from getting rid of them for a while so that it could focus on Sougo, Schwartz, and the Wozes. Otherwise it would be a pretty packed how in terms of characters.

Perhaps the strangest thing is that even though this was the least Geiz we've gotten in some time, I think I liked him the most in this episode? His gruff personality fits really well with turning his back on Another Woz, both figuratively and literally. Maybe this is where Geiz finally turns a corner?

On the whole - and maybe this is just me - the show feels a lot different than it was 10 episodes ago. We're not just on a new arc, but Kamen Rider Turnip is half-way to having a personality, Kamen Rider Lastname isn't entirely insufferable, Woz has something meaningful to do, and the show isn't getting bogged down in cameos riddled with plot holes. I thought this was because of the writers, but it turns out Shimoyama Kento is back starting with this arc. So there's more to it than just writers.

The whole Oma Day thing feels like a total hindquarters pull, which isn't great, but I feel like it lends evidence to the idea that the show was pushed towards a soft retooling behind the scenes. Certainly the show needed it. And while we're used to the show tightening up a bit after the first quarter and the toy rush is done, it feels like the show has undergone a much harder correction than what we normally see here. it gives me some hope that this show may turn out alright in the end after all.

On a final note, the BGM situation is interesting. The show hasn't dropped its Indian-styled tracks, but it's also introduced some very different and distinct techno tracks with KR Woz's arrival. I have to say I'm digging them; the track playing when Shinbi decides to believe in his future self is a real ear worm. (It also helps that they let it play without a bunch of dialog on top of it)

What what what?! Details, please!
Top 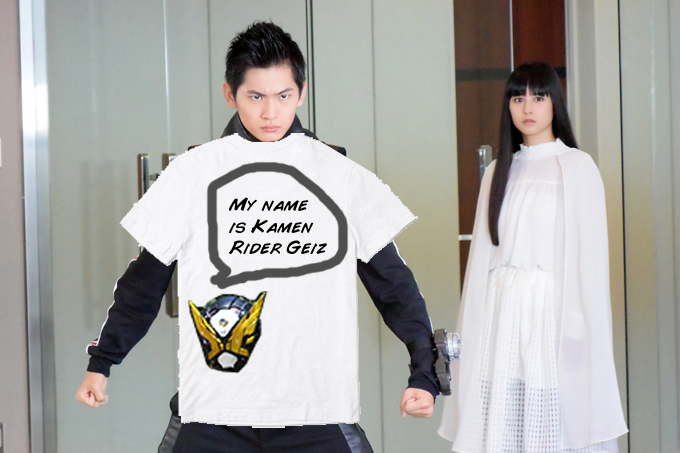 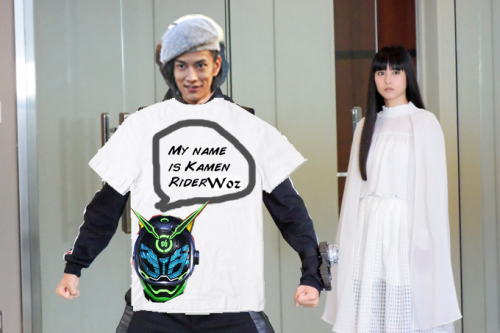 Well as far as we know, Woz only has one name. Whereas Geiz has a complete name, Myoukouin Geiz. So if I had said "Kamen Rider Firstname" then yes, it would be technically ambiguous. But Kamen Rider Lastname can only refer to Geiz.

What what what?! Details, please!

TokuNet reported it: Zi-O Spinoff PART1 "RIDER TIME SHINOBI".
According to simpletons on the net, if I want to be a made man, I should become Amazon Sigma. I don't want to be a undead soldier though.
Top

Japanese name order continues to confuse the heck out of me.


What what what?! Details, please!

Oh neat. Thanks for the heads up!
Top

Futuring Shinobi is definitely nice looking, though it's a fairly minimal change in appearance compared to how different the Armour Times change Zi-O and Geiz's appearances. Not that I think that's necessarily a problem, since it further helps differentiate the riders and their powers.

Since the main focus of characterisation of these arcs look like it'll be about Sougo and Geiz, I worry that we're not going to see much of, if not any, of White Woz's personality and motivations beyond just wanting to help Geiz beat Zi-O. I think it's a given that our original Woz will have development and revelations, so I'm hoping for at least some surprises from White Woz too down the line.

Yeah, the writing is better than normal, but the only reason to watch this show is the cameos. With the show having to stand on it's own two legs now, it's probably the 2nd worst Neo-Heisei so far.
Top

I feel like I'm enjoying these episodes more now that they actually focus on the series own plot as opposed to fucking around with previous Rider series.
Top

I guess I can rejoice that the series is following it's own plot instead of having the episodes be half baked tribute episodes. Shinobi Woz does look cool despite being minimalistic compared to the past rider armor. Either I need to get my eyes checked or Sougo doesn't know his colors since the woz that follows him is called black yet he wears olive from the looks of it and the rider woz as white woz, though I can buy this one. So the latter's goal seems to be on creating the ridewatches that shouldn't exist so his savior Geiz can defeat Gold Rolex King on the day sougo becomes oma zi-o. It seems a bit interesting. Shame we won't be seeing more of Shinobi. It should keep me interested, probably not by much but enough to keep me interested
Currently Watching
Super Sentai: Kiramager
Kamen Rider: Saber
Ultraman: Z