Woo, more fun stuff! Give me all the nostalgia stuff. As people pointed out yesterday, this is so much more delicious than what we're getting in Zi-O. I mean, if Toei doesn't want their two nostalgia shows compared, maybe don't hit that nostalgia button so frequently?

It's amazing how much more tolerable and likeable Yamato and Takaharu are in this show. I guess it shows the difference good writing can make for a show.

I'm just a bit disappointed that Kagura hasn't done anything yet. As the lone woman who's a "regular", you'd think she'd have more stuff to do.

Oh good, Marvelous remembered that he can do the Gokai Change thing. Now that's interesting. It seems like everyone he transforms into is a missing ranger from the fight:
viewtopic.php?f=248&t=23307&start=30#p262200

Honestly, I think Gaisorg is kind of boring. I'd much rather have a show where Toei just posts their fanfics of their past characters meeting and being cool characters and hanging out.
http://takkynoko.tumblr.com/ My new blog

FFS Takaharu, making a butt elbow? This is why no one likes you.

I really wish Kagura had more of a role here, she seems to be relegated to cheering squad.

Aaaaand a twist that while unexpected, is not really that interesting.

Honestly I was more thrilled by the split-second of Hikaru-sensei's costume last episode than I was this entire episode. Give me Magiranger 15 years after please.
Top

Nice to get those flashbacks. At this point it definitely seems that Gaisorg is using hosts inside his armour much like the armour in Abaranger.

Seen:
Super Sentai: Zyuranger-Gingaman, Abaranger onwards.
Kamen Rider: Ichigou, and all the Heisei/Reiwa series except Amazons and the American shows.
Precure: DokiDoki-Go Pri and the first few episodes of Mahoutsukai and Futari.
Top

"Never give up" was Kai Samezu/Gao Blue's catchphrase (usually said when his good friend Soutarou Ushigome/Gao Black was struggling). So it's understandable that Kakeru said it here.
Top

This made me realize that I REALLY need to finish Zyuohger...after I finish Go-Busters that is xD

Posts: 4840
Joined: Tue Dec 15, 2009 1:47 pm
Male: Yes
Favorite series: Kyoryuger
2nd Favorite Series: W
Quote: "When I first started, I knew everything about nothing and have progressed in the subsequent two decades, realising that now I know practically nothing about everything"

I enjoyed Takaharu in this episode more than in every episode of Ninninger combined. He's significantly more competent, both as a fighter and as a character.

Still no sign of Denziman. Did they actually forget about them? I mean, they showed why Goranger wasn't in the battle, and the dinosaur Sentais are probably gone for some storyline reason as well. But this is strange.
Top

1. The cheapness of the "invite" prop still bothers me.

2. How easy it is to mellow Capt. Marvelous, shitty joke and the angst evaporates.

3. Putting it in spoiler tags just in case 4. Crying a bit at the missed chance to see the legendary god hand fail again.
Top 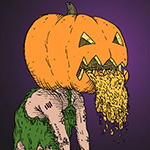 Takaharu is doing a really good job of reminding me how Ninninger had a lot of potential and just fell completely flat.
Really enjoying how they're putting actual story in this, considering they could have gotten away with just cool fights and cameos.
Top

Huh, still another week of just one or two heroes fighting alone rather than fighting as a whole team. I really hope they're just saving that until the final episode, otherwise this is going to be a big letdown.

Overall the plot is kind of simplistic and the telegraphing is extremely obvious, but it's not bad. I do feel like the writers kind of had to "break" the heroes to create the conflict in this episode though, as all of them are seasoned veterans and Marvelous got that specific chip off his shoulder years ago. Though to be fair to Yamato, it's not like the rest of the team was even around when their next match was called...

Despite what some others are saying, I really don't know if I'd consider Takaharu "improved" here. But by not being the leading character of the show - and by not having him shout about hotness the whole episode - he's delivered in easier to digest bite-sized chunks. Which makes him a lot more manageable, even if the writers are definitely leaning into him being an idiot savant. And he's definitely less annoying than friggin Rita (I know she's essentially her own comedic relief, but geeze...).

Edit: Also, the timeline stuff is a bit weird. Takaharu mentioned that Troll-Grandpa was the current Last Ninja. But he's been dead a few years now. So one would think that the characters have been plucked out of time for their respective shows, however Stinger only got his jacket at the very end of Kyuuranger. So heck if I know what's going on.

As for the fights themselves, it was another good week of action. Though I think someone should call fowl on Yamato using power-up forms, especially Whale.

Whale and that hand-cannon of his is pretty much god mode, and he could blow up the whole planet on his own. It's all rather unfair, especially against opponents who don't have power-ups of their own.

I guess they're making it so that she gets to go last? Someone has to bring up the rear, be it a fight card or a train. But yeah, it's such a typical Toei thing to do to make the girl go last.

My thoughts exactly. Since we don't even know what the deal is with the Ryusoulgers, having one of them running around in this fashion isn't very compelling. Since it's a nostalgia series, by the virtue of being an unknown, the new guy comes with no nostalgia.

And since Takaharu clearly isn't actually the bad guy, it's very obviously a feint or body snatch. (this is all being telegraphed in a very obvious manner)
Top

Clearly somebody behind the scenes really likes Yamato! Not that I'm complaining. If I was in charge, I'd be making my favourites look as cool as possible too. These fights do become amusingly lopsided if there's no limit placed on what powers the fighters can call upon on. Most modern reds are going to have an advantage. I mean how would anyone else even deal with Shishi Red Orion?

Anyhow, the special continues to deliver great action and a story that isn't entirely throwaway. Obviously they're not trying to fool you into thinking that Takaharu was the villain all along, but rather just further make you ask just what is Gaisorg's deal or where he came from. Granted it's not guaranteed those questions will even be answered by the end of all this.

Finally though, next episode is time for ToQ5 to get in some action. I wanna hear Kagura yell about how strong she is and then throw her opponent over her head!

>b]Edit[/b]: Also, the timeline stuff is a bit weird. Takaharu mentioned that Troll-Grandpa was the current Last Ninja. But he's been dead a few years now. So one would think that the characters have been plucked out of time for their respective shows, however Stinger only got his jacket at the very end of Kyuuranger. So heck if I know what's going on.

Isn't it currently a battle of succession? With the dad powerless and no clear heir, that's why the cousins are competing to see who gets to be Last Ninja

My thoughts exactly. Since we don't even know what the deal is with the Ryusoulgers, having one of them running around in this fashion isn't very compelling. Since it's a nostalgia series, by the virtue of being an unknown, the new guy comes with no nostalgia.

I do like that the hint is in the name. Gai in Gaisorg means "armor" in Japanese. It's also why Kamen Rider Gai is in Ryuki, since it goes with the knight theme.
http://takkynoko.tumblr.com/ My new blog

takenoko wrote: ↑
Thu Feb 28, 2019 9:02 am
Isn't it currently a battle of succession? With the dad powerless and no clear heir, that's why the cousins are competing to see who gets to be Last Ninja

Well it was a battle of succession. IIRC, didn't the series end with all of them deciding that they were each the Last Ninja of some specialized field? Plus the Last Ninja star was destroyed, so no one can truly be the Last Ninja anymore.
Top

I was about 90% sure that when Gaizorg's helmet comes off, they would leave the face reveal part for the next episode, but heck- showing Takaharu's face doesn't make much of a difference.
Was NinjaWhite's actress in this episode? I barely heard her speak.

All in all, an above average episode (but still better than how Zi-O is coming about). The Takaharu bits were funny and not funny at the same time, and I'm really looking forward to seeing Kagura in action in the next episode.
Finished:
Dairanger, Shinkenger, Kyoryuger-Ryusoulger
Kuuga-ジオウ
Ryukendo, Rescue Force
スパイダーマン
Akibaranger