It's the final episode and we see Kano battling her inner demons (and maybe become comfortable with her nerdy side).

I really liked Kano remembering the touching thing with Emerjason and seeing her rewatch the final episode in three timelines. It's touching and meta.

I'm not so happy with the conclusion with the mother. Since Kano's the main character, I get why it makes sense for her to grow and change as a person, but I think it would have been more satisfying to see the mom realize her mistakes and change too? Since it's not really Kano's fault that their relationship got fractured that way. I get that's how families are and sometimes you just have to get over stuff, but it would have been so much better to see the mom at least apologize for her behavior that led to the fight at least.

Finally, I wanted more of the otaku crew. Give me more Ninkyou, Yoshida, Kitashiro, even Miyabi. We got the sub plot with Damien, which was fine. And Yoshida gave Kano a VHS player. But still, I wish there was more time for goofing off with this pretty fun group of eclectic people.

Not as strong as I wish I could have been, but I got misty eyed during the Emerjason stuff.

I'm a bit more satisfied with the ending with takenoko. While the mother didn't apologize, it appears that there was a resolution of sorts, and their relationship will continue, albeit strained. I think that's more in tune what would happen with real life. Happy endings don't always happen and especially in this situation I think it'd be disingenuous to pretend like everything was all okay. Both Kano and her mother are very strong-minded and neither will back down very easily, so in this case the best you can really hope for is that the two try to work things out gradually with a lot of time and effort to understand the other.

I really did want to see more with the other supporting characters though, especially Yoshida-san. While it being only 7 episodes means we get a very tight-knit story, I think we lose out on some of the stuff that could go on with everyone else. Apparently the show has been getting quite a bit of attention and pretty good reviews so fingers crossed for a season 2.

A lot of drama shows tend to manufacture the drama so while you go along with it, there's definitely a sense of "oh this could never happen in real life" (Jellyfish Princess, while I loved it, had this problem a lot) but with GAGAGA you never really got that feeling. It's all very grounded in reality (with the exception of the imagination scenes) and nothing about it seems artificial or unreal. I heard that the manga author used to frequent tokusatsu boards and based the plot/characters off of people on those boards and it really shows.

Story, characters, acting, directing, it's all good. This show really knocked it out of the park.
Top

And yeah, while Kano and Mom just continuing on the way families do, it's a bit frustrating to see all the effort to repair the relationship coming from Kano's side. Even the thing where she goes "Oh, I rejected my mom's things" being stated like it's some justification or excuse for her mom's behavior. I guess we don't see her mom nitpicking Kano in her actual clothes, but has the mom really learned her lesson, or will she do more awful stuff in the future? I guess it's encouraging that she tries to watch an episode of Jyushouwan, but she turns it off halfway through! Metaphorically, that's bad!

Other thoughts I had
-Man the brother is kind of useless. I thought he'd help out or whatever, but he really dodges every opportunity to help out his sister and mom. Why is he here???
-It really bothers me when Kano returns to the video store in modern time. I get that she's reliving a pleasant memory, but it looks like she's grinning that the shop is closed and the old shopkeeper's probably dead
-Wish there were more to Yoshida in this episode, but I guess she's just scared of kids and her boyfriend just looks like an actor.
-I always thought that Kano and Ninkyou would be a good couple, so it's disappointing to not see her end up with him.

Honestly, kind of a lonely episode. Kano mostly wrestles with her problem by herself. People show up to give her things or to ask for her help, but not many good character moments. I'd watch a series for Emerjason.
http://takkynoko.tumblr.com/ My new blog

Electrix
I am the new #2

Has the torrent disappeared from the tracker for anyone else or is it just me.
Last edited by Electrix on Thu Mar 07, 2019 7:14 am, edited 1 time in total.
Top

Electrix wrote: ↑Wed Mar 06, 2019 1:55 pm Has the torrent has disappeared from the tracker for anyone else or is it just me.

Here too. Did someone forget to put the torrent in the tracker, or is there a technical problem?
Finished:
Dairanger, Shinkenger, Kyoryuger-Ryusoulger
Kuuga-ゼロワン
Nexus, R/B
Ryukendo, Rescue Force
スパイダーマン
CH THE LIVE
Akibaranger, Akiba S痛

Takenoko in his rush forgot to put the torrent in the tracker. So be patient for now. 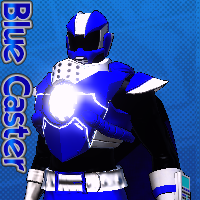 I noticed the Emerjason VHS tape has "Emerjason fight for rescue" on its cover. This may be a reference to "Janperson fights for justice", which was said (in English) at the beginning of the Tokusou Robo Janperson opening sequence.
Top

Lunagel wrote: ↑Fri Mar 01, 2019 8:56 pm
I really did want to see more with the other supporting characters though, especially Yoshida-san. While it being only 7 episodes means we get a very tight-knit story, I think we lose out on some of the stuff that could go on with everyone else. Apparently the show has been getting quite a bit of attention and pretty good reviews so fingers crossed for a season 2.


i was glad they didnt make an original ending to the drama as the manga is still going on, so yea crossing fingers too for season 2's arrival
Top

Oh dear I love the scene where Kano remember's her high school past, also I gave this episode 5 stars cuz I really understand where you show love for what you like is pretty satisfying.

This is very much of a let down, from the intensity of the previous episode. That's it?! It felt lacking.
Top

I've loved every single episode... Except this one. The resolution for all of the characters was pretty weak. Siiigh. Maybe there's a season 2???
Top

Same. I was a little disappointed in the lack of resolution for things especially with how strong episode 6 was. Hope there's a season 2 somewhere down the line.
Completed Series
Sentai : Abaranger-Ryusoulger
Kamen Rider : Black to Zi-O
Garo : Every non-anime season.