I liked the episode well enough. Ikazuchi is an interesting character.

But is he dead already???

I guess if he was just hacked that's less interesting, but it seems like being hacked and not realizing it makes the blue/red eyes difference kind of useless.

I'm more interested in finding out about Fuwa. Little things that were said in this episode, really give me the feeling that he's actually a Humagear.

Also, Assault Wolf is probably one of my new favorite Rider forms. Something about it seems really detailed in a way the other forms are kind of lacking. Assault Wolf, Lightning Hornet, and Zero One's Hopper forms are my favorite in the series so far.
http://takkynoko.tumblr.com/ My new blog

Well this escalated, I wasn't really expecting the Ark to start getting revived this soon, also oof, Fuwa you need to calm down mate, you're gonna get an ulcer.
Top

takenoko wrote: ↑Sun Dec 08, 2019 12:55 pm I guess if he was just hacked that's less interesting, but it seems like being hacked and not realizing it makes the blue/red eyes difference kind of useless.

I think the red color is less "hacked y/n" and more "connected to MetsubouJinrai.net"? Unless we're really splitting hairs here between "hacked" and "malicious program/trojan installed". Hiden should upgrade the Humagear's firewalls and virus detection, actually, since it seems to be a rare thing for the Humagears to be able to resist hacking >_>

I loved Raiden/Ikazuchi and I'm bummed he's dead already, but I knew it the moment he transformed. Dodo Rider looked like a kitbash.

Curious as to the mechanics of reviving the Ark. They needed a certain number of Progrise keys, or those specific flavors? Why were they elevating/training/raising Dodo specifically, otherwise? How did the embodiments of the keys (the satellite animals) going into the Ark change it? Have those animals returned to their keys, or are they still in the Ark?
How are the Assault forms (judging by the teaser of Assault Hopper, it's a versatile upgrade) connected to the Ark? Whose will are they enforcing when they're in those forms: their own, or the Ark's? Can the Ark take over the Assault armor when they're wearing it?

At first I thought that this episode retroactively gave purpose to the Humagear/MotW one-off episodes we had, but now I'm not so sure. It looks like their end goal was to elevate Dodo to sentience, and then gather everyone else's Progrise keys afterwards? Did they just trust that Aruto/Izu/There would manifest the keys that they needed? Since they were printed in reaction to the MotW. Oh shit, unless they knew what Humagears to hack in order to get There to print the correct keys... Might be giving them too much credit.

Anyway, "time for buster" is back, this time in Rider!

I think the thing I enjoyed the most about this episode is that I couldn't actually predict what would happen in regards to Ikazuchi. They point out the lightning thing early on, but then his brother is very straight laced and I was definitely going back and forth as to who the spy would be, only for it to turn out that Ikazuchi was a sleeper. It's great and I feel like it's stuff like that that make 01 really enjoyable.

Love Ikazuchis Rider form. I'm sure he'll be back. That's the beauty of having robots.

Assualt Wolf is sweet. My real complaint about the A.I.M.S. base forms is the strange asymmetry they have going on and this fills out the suit nicely. Poor Horobi. He obviously never noticed that Fuwa always force opens his Progrise Keys.

Great episode. Nice they dovetailed into the previous arc by continuing to focus on obtaining the Dodo Key.
Top

It's all nice until you noticed somehow new Wolf form is looking like Dark Drive 3.0. Bulky and a bit different color pattern.
Top

I really want to comment on how this episode really surprised me by how much it effectively packed into it' run-time. There were several occasions where I checked the clock and thought 'oh wow , we're not done yet? awesome'.

Is Ikazuchi the first time someone with the title of Kamen Rider is treated as a MoTW since... Abyss from Decade? Either way, I would not be surprised at all if that character or suit came back later. He looks cool, even if he looks like Blood Stalk mashed with the other metsubojinrai riders.

I know some people are going to not like Fuwa doubling down on his hatred of humagears in this episode, but I thought it was done fine for the most part. Being reminded of his past and coming face to face with the base of his enemies, on top of being 'betrayed' (even if it was against Raiden's will, Fuwa probably sees it as a prime example of how easy it is to let any humagear make you lower your guard), and now he's ready to beat up some machines to end Metsubojinrai once and for all (of course, I doubt they're actually going to go away next episode).

That Progrise Key making him cough up blood is concerning, though not surprising if the key was originally designed to be used by metsubojinrai who are all machines. I wonder if they'll find a work-around or will this be like Geiz Revive in that Fuwa will just 'get used to it' with no fanfare.

Posts: 1091
Joined: Wed Dec 03, 2008 11:55 pm
Favorite series: Go-Busters and Gaim
2nd Favorite Series: Gekiranger and Ryuki
Dreamy: Hinata Hyuga
Favorite Actor?: Mizuki Nana
Alignment: Chaotic Good
My boom: Touhou Project
Quote: "Before you criticize someone, you should walk a mile in their shoes. That way, when you criticize them, you're a mile away from them and you have their shoes." -Jack Handy
Type: INFP Healer
Location: Aperture Science Enrichment Center.

one of my favorite things about this episode isn't even the episode itself but someone's reaction to it that I saw on Sunday. it was a breakdown of what it would cost to cosplay Ikazuchi, needing the Forceriser, the premium bandai set with the Dodo key, 4 sets of the key holders (meaning a bunch of leftover cheetah keys, too), the 01 Driver AND Shotriser just to be able to get the Hopper and Wolf keys, as well as all the supplementary keys sold seperately, all of which puts the cost at over $600 usd for comparison, with the comment "WHAT IS THIS, A CSM?!"
Top

Wow, Toei/Bandai is so smart lol. That's some smart marketing there
http://takkynoko.tumblr.com/ My new blog

Slightly off topic but does anyone else's 1080p version look "grainy" or "low quality" in certain places of the episode (noticeably during the fight scenes)? I always download 1080p on my phone and never noticed this before. I've downloaded the episode twice and got the same result both times.
Top

I just looked at it, and it looks fine? The size and bitrate are what I'd expect from our settings for a 1080 encode. Do you have timestamps for when it's particularly bad?
http://takkynoko.tumblr.com/ My new blog

... *makes a gross out face at them sticking with that effect for Shinning Hopper* ... *makes a gross out noise as they keep the Dodo key, but with less attachment to it as they will likely just staple it on to humagear of the week one after another instead of them being a character* *also gross out noise at them once again having a potential story thread they could work with that they instantly kill off and drop yet we are still stuck-* what even Hiden trying to prove they are innocent of at this point? That the assassin droid was not made by them? Well that can't be done cause it was. That it wasn't originally programmed to murder? you already have the black market thugs who mod-ed him and his dancer bot brothers for that purpose, actively working for the established terrorists. That they didn't make the key that activates him? well okay that would be trickier to establish so I guess they would need to get the key but just as likely it'll still land them in trouble as it was likely made by them before Day Break kersploded

...Assault Wolf... the design, the worrying side effects, that it seems tied directly to the power source mcguffin of the enemy group? I am having baaaaad Specter Deep flashbacks.
READING TOO MUCH INTO THINGS![/size] including random over analysis rants on pop culture, and Tokusatsu series reviews, if Toei gets off my back for long enough. Also follow on twitter @R2TMIT, or facebook.com/R2TMIT
Top

takenoko wrote: ↑Thu Dec 12, 2019 10:24 pm I just looked at it, and it looks fine? The size and bitrate are what I'd expect from our settings for a 1080 encode. Do you have timestamps for when it's particularly bad?

takenoko wrote: ↑Thu Dec 12, 2019 10:24 pm I just looked at it, and it looks fine? The size and bitrate are what I'd expect from our settings for a 1080 encode. Do you have timestamps for when it's particularly bad?

Maybe because there are so many detail?
Top 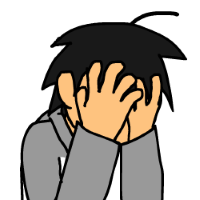 A small detail I like is that while Fuwa still has hatred towards humagears and still cannot get over Daybreak, he no longer has it out for every Humagear (besides Izu because who can be mad at her) and instead directs his anger at Metsubojinrai.net. He doesn't get openly accusatory towards Raiden despite being an older model Humagear until he outwardly says he'll bring down lightning (kaminari) on them when they're trying to investigate Satellite There. He leaves Subaru alone for most of the episode despite being Raiden's "brother". Even when he says his signature "I'll destroy" phrase, he specifically says MJ.net as opposed to all Humagears like in the beginning. That's subtle character development and I like it.

I wouldn't really put it past MJ.net to have made the Magears in order to draw out certain progrise keys... if it weren't for Fuwa's keys (highly likely he got them from Yaiba/ZAIA), Freezing Bear (which Aruto got from Yaiba/ZAIA) and Breaking Mammoth (something both Horobi and Jin weren't expecting). So I'd chalk it up to them just needing enough progrise keys and their data to reactivate Ark, as they didn't take Rising Hopper from Aruto.

Before I forget next episode's preview: