"How can we prevent Zero-One and Thouser from getting Covid?" Let's put Aruto on a bike and have Thouser talk to Alexa, I mean Mao-chan

Everyone buy Alexa voiced by Mao and a Sony Aibo today!

Henry Jones voice: "Thouser was the name of the dog"

I don't buy that the A.I.M.S. guys aren't dumb thugs that blindly follow orders. These are the same dudes that tried to kill Yaiba when she failed too many times

WTF, that was Thouser's redemption arc? It's super simplistic and dumb, but I kind of like it, I think? 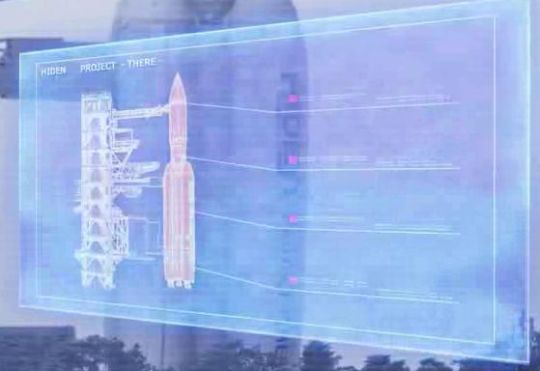 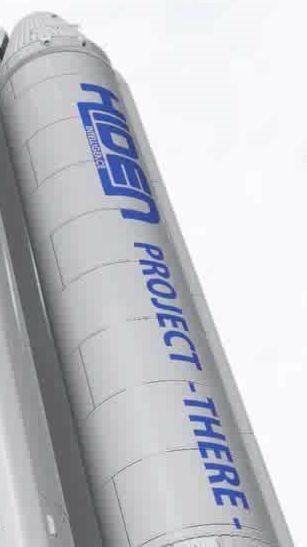 Did I miss a subplot. Why is There on Earth again? Maybe we slipped into a parallel dimension

You know what. You put Kamen Rider on a bike and everyone had a pretty good moment in this episode (except for Jin who pulled a Loki) 5 stars
http://takkynoko.tumblr.com/ My new blog

You don't have to boast every time you're right takenoko.

Quick, someone get a good image of the SHESTA key from last ep.

OMG Zero-One has a bike? XD It's been a while

I was kinda surprised the Gai thing was resolved this quickly, but again, Gai is dumb. So pulling his heart-strings with something he actually liked as a kid kinda makes sense, also Ai-chan is like, a super therapist at this point.

As for the rocket... maybe the Satellites need maintenance, so they have rockets on stand-by to send up spare parts and shit? Unsure.
Top

Clearly the Shesta thing was a mistake though
http://takkynoko.tumblr.com/ My new blog

that could just be the rocket they use to go back and forth to Zea. Kinda like how Hotels have Vans that say their specific hotel location on them when they're going back and forth from the airport.

I guess, it's just confusing since I feel like we've seen them launch Satellite There at least two times so far
http://takkynoko.tumblr.com/ My new blog

Gai gets his Rosebud back, becomes the good guy...

With all the stuff about Rosebud, I thought a flag was gonna be raised and Sakuragi could be getting flowers.

Come on, P-Bandai. Announce the damn Maolexa for next year already.
According to simpletons on the net, if I want to be a made man, I should become Amazon Sigma. I don't want to be a undead soldier though.
Top

I think this would have been extended to 2-3 episodes if it weren't for the pandemic.

I am not a fan of anything that happened in this episode, save for the usual good action. This show has always had it's moments of sloppy writing but this episode takes the cake for me.

So after Thouser deletes the incriminating evidence of his crimes that never should have been just lying in his desk in the first place, they manage to get at him anyway by recording evidence of misusing his Rider powers, in this case attacking other people. ......I'm sorry, but how many times has he done exactly that ever since he first transformed in episode 17? Or the numerous times he hacked and blew up humagears himself? I remember everybody in these threads wondering why doesn't Izu record these, and since we never got an answer, I just eventually let it slide. Well, now I gotta unslide it!

The backstory about him and his robot dog is stupid, but honestly the fact that it's stupid isn't my biggest problem. Literally up until the moment they share that info, we've never had any reason to think Gai was anything other than just the worst human being imaginable. (In this very episode, he tries to kill thevice-president!) Then suddenly he talks about his past and the entire show completely turns around on how it's presenting him? Yeah, I can't get into it, even a little.

Honestly the idea of Gai actually wanting to seize control of HIDEN having stemmed from a deep-seated admiration of the company is actually an intriguing idea, and it could tie into the fact that he used to work with the previous president. ...Too bad absolutely nothing about this has ever come up or even been slightly forshadowed before now. "He actually loves AI", what a load of crock. How many times has he destroyed humagears while being smug about it?

Actually, I think that extends to a further problem the show has that despite it backing Aruto's talk of how humans and humagears are equal, they've most definitely have not been treated that way by the show itself. Humagears get blown up at such a frequent rate and absolutely nobody, not even Aruto, treats it with the weight you would even a human being getting injured.

Also I have no idea what the Ark is doing. Their goal is to exterminate humanity, right? What, is it going to just go outside, wander around, maybe kill a few humans, then go home to do that again the next day? You're going to be doing that for a long time if you want to get rid of all seven billion humans!


takenoko wrote: ↑Sat Jul 11, 2020 7:28 pm I don't buy that the A.I.M.S. guys aren't dumb thugs that blindly follow orders. These are the same dudes that tried to kill Yaiba when she failed too many times

That was a different pair of dumb thugs. I don't blame you for thinking it was always the same people because they're all non-entities anyways.

Yeah, the script was definitely reworked due to COVID but just how much was planned out before and how much they pulled out of their asses is hard to say. I'd hope that the "Gai actually loves AIs" is something shoved in at the last minute to do a quick reversal, but KR has done similar bullshit before so I can't say for sure either way.

I thought they put all that incriminating data on a USB stick? Isn't it still on the stick? I mean that's basically unhackable.
Top

meanwhile NOT EVEN ARK use rider stuff to kill people, ark used jin old pistol to slay people while in humagear form even having powers to print 2 shotrisers etc from ass(err belt)

one president dont knowing how data work in computers PLUS FLASH DRIVE on VP HANDS and people keeping that data on computer available to gai its priceless too.
Top

Lunagel wrote: ↑Tue Jul 14, 2020 6:48 am I thought they put all that incriminating data on a USB stick? Isn't it still on the stick? I mean that's basically unhackable.

Oops the writer forgot about it a minute into this episode

I can see Gai loving Hiden Intelligence being related to his past with working with and admiring the grandfather, but I guess we'll just sweep the fact that he taught Ark human malice under the rug now that he's a good guy?
http://takkynoko.tumblr.com/ My new blog

Good lord, I love how Kamen Rider Alexa cut through all of Gai's bullshit in a matter of seconds and made him see how wrong he was. WHY CAN'T I HAVE ONE!?!?!? Also on a side note, Ark was a total badass not looking at Aruto on the bike as he soared past his head xD

Ai is some kind of plot device that allows characters to overcome their problems without talking to an actual human. Gai somehow has the memory stick that has his crimes on them. Those AIMS guys suddenly have a character, despite the fact I'm pretty sure they are the second set because they killed the first set.

I don't have an issue with Gai having some character development and flipping sides. The issue I have is how it happened. So his dad was a jerk to him and made him get rid of his robot dog pal, why did that make him hate AI and want to take over HIDEN and turn it into an arms company? Seems kind of half assed. Also, the Kuroto Dan impersonation at the start of the episode was blatant rip off of the writers other work.

I did enjoy that Thouser was the dogs name and he named his rider form after it and that the revived version turns up alongside Gai to confront the Ark. Also, despite how much I dislike Gai as a character, his actor is really good and I really felt him being upset when reunited with his robo pet.
Top

Will they have a scene with the AI dog and Izu both do the slide together?
Top

I forgot about that. That'd be dope.