The detectives bet their memories on the line as they try to get the life coins back.

The Luna-Metal Combo is awesome!! This series is getting more and more interesting. The half serious-half funny style is just too anime-styled.

Wakana sure has a weird way of transforming. And the way tat Nazca guy avoid Wakana's attack looks very funny

I thought it was nice to show that Yuuko at least had decent intentions at first, and was merely corrupted by the gambling. It must have been a pretty quick corruption if she didn't manage to pay off the debts though

Nice teamwork between Shou and Philip during the gambling

You know, that bit at the end where Wakana calls them Kamen Rider. Man, that just made me feel so good. It's always cool when the hero goes named

Please keep all bitching about Akiko in this thread
http://takkynoko.tumblr.com/ My new blog

SWEET!!!
you guys be awesome! downloading now. will edit with actual comment after i watch XD
Shoutaro: "Are you dense? Are you retarded? I'm the God Damned Kamen Rider!!!"
-Kamen Rider W, as written by Frank Miller
Top

This show gets more and more awesome with every episode. Unlike Decade, you feel like things that are important to the story are happening all the time.

I LOVE the crime family's subplot that has been happening in the background of the cases being solved. I really feel like this show is going to be awesome, start to finish.
Old school TVN member
formerly FA|RokkumanEXE
Top

D-boy wrote:SWEET!!!will edit with actual comment after i watch XD


DrinkItDown wrote:I LOVE the crime family's subplot that has been happening in the background of the cases being solved. I really feel like this show is going to be awesome, start to finish.

Oh yeah, I thought that was great. A good series needs a good antagonist. It's kind of funny how much time is spent just focusing on the bad guy's wedding and Wakana's radio show. But at the same time, it makes the world a lot more interesting.

Clay doll is pretty silly looking, but I guess that explain's Wakana's hair. I don't know what the heck a Nazca is. When I looked it up, apparently it's those symbols that the Indians drew or something? I dunno
http://takkynoko.tumblr.com/ My new blog

takenoko wrote:Oh yeah, I thought that was great. A good series needs a good antagonist. It's kind of funny how much time is spent just focusing on the bad guy's wedding and Wakana's radio show. But at the same time, it makes the world a lot more interesting.

I was trying to think of what it reminded me of, and then it hit me, its just like Takumi and Kiba's seperate stories in Faiz. You know they are ultimately going to collide together, but until that happens, there are just moments where they touch.
Old school TVN member
formerly FA|RokkumanEXE
Top

In the words of Maximillion Pegasus: "Remember kids Gambling is good for you" , lol at Shoutaro playing Old Maid instead.

Im still confused as to why Boss Sonozaki would wanna make his "Mr. Bigglesworth" a deadly cat dopant but eh oh well. And just like take said, what the hell is a Nazca?? lol oh well at least Kirihiko's dopant form is cool.

And Wakana reading the rumor on Double, and calling them a Kamen Rider is win!

So we now have seen all of the Joker and Metal combinations.
I think Cyclone Joker is my favorite so far. Heat Joker comes in second, but loses points because it doesn't have a scarf.
I may be lying

Disclaimer: I do not endorse HeadOn; it is barely anything more than a stick of wax. I am simply using it as a Transformers joke.
Top

Nazca refers to the Nazca Lines, a series of geoglyphs located in the Nazca Desert, a high arid plateau that stretches more than 80 kilometres (50 mi) between the towns of Nazca and Palpa on the Pampas de Jumana in Peru. This geoglyphs have odd shapes, which have been taken as mystical or work of UFOs in more than one oportunity. Many videogames and anime make use of this myth, as you'd guess, including Ryuusei no Rockman 2, Yu-Gi-Oh! 5D's, and now, Kamen Rider Double.

Ironic that Takenoko mentions bitching about Akiko when, for once, I actually enjoyed her character. Mainly because of how she got Philip to stop thinking about his family by telling him how Shoutarou wanted to protect him. It was kind of cute.

Luna-Metal is epic. It turned a metallic bo into a whip. That's just too awesome. Heat-Metal, once again, gives the finisher, a good thing in my opinion, as Metal Branding > Joker Extreme.

So, Kamen Rider has meaning once again in this series, and now it's not something as odd as a guy who fights others like him in a world inside of a mirror, a worker for a destroyed company or one that uses a bug-shaped thing and can go at the speed of light. Now, it's literal, a guy who is on a bike and wears a mask. I like how it was introduced, and how Shoutarou and Philip reacted to it. Rather than saying "man, she got our name wrong!" as has happened in more than one series, they accepted the title, and even quoted the previews.
http://www.youtube.com/user/BlazeDragonEternal My Youtube channel. Has whatever I've uploaded that I know Toei won't delete and close my account with!
Top 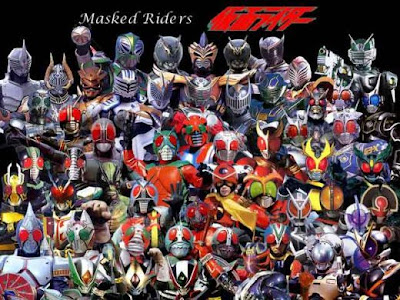 i wonder if it has a belt


didn't Akiko hand only hand them 2 gaiamemories before they ran to catch the dopant (the rest appeared magically right?)

I really don't like the claydoll dopant and the matrix desu

Then again, what else are you supposed to call a masked man on a bike?
Top

Maybe it's cuz it's a naked man? Kekekeke. Anyway, I think....LUNA METAL IS FREAKING AWESOME!!!!!!!!!!!!!!!!!!!!!!!!! and the whole family-companion thing is sorta cheesy, but touching at the same time. I see a strange connection, Nazca and Clay Dolls. Both are relics made by natives...

The gadgets are so useful with all of their functions.

I liked how they safely retrieved the life coins through gambling rather than using a trick during the battle. Akiko had a greedy look on her face collecting up the life coins.

The head for the Nazca Dopant reminds me of the helmet designs used in Bubblegum Crisis.

The Taboo Dopant creeps me out because it reminds me of, the Earthworm Jim character, the Evil Queen Pulsating, Bloated, Festering, Sweaty, Pus-filled, Malformed, Slug-for-a-Butt.
Top
Post Reply
82 posts