I liked Ryuuji and Kuroki acting as Youko's overprotective parents. So Jin, no reaction?

What the? Hasegawa was Kazu Jun from W? That's crazy. He's so not stoic!

I wonder if Hasegawa was more of a private tutor for Youko. That would explain why she had one main teacher all through elementary school, and why he'd keep in contact with her. If he were a normal classroom teacher, there's no way he'd keep in contact with all those students. Especially to invite them to his wedding. Never mind. Youko said we, and they give an explanation for why he sent her the invitation.
http://takkynoko.tumblr.com/ My new blog

If only someone had crossdressed, that would've made this complete.

takenoko wrote:What the? Hasegawa was Kazu Jun from W? That's crazy. He's so not stoic!

Gah, I knew his voice sounded familiar. The voice also kind of reminds me of Kijima/Cancer from Fourze
Top

I guess this weeks Metaroid voice is someone famous? Someone from K-On?

This episode was hilarious. It's odd though - shouldn't Jin be the one that's panicking?

Tiararoid has to be the oddest looking Metaroid so far. Flying tiara aircraft is just so odd too. ><

"Buddy Vehicle... VROOOOOOOOM!" Seriously? Though I like the way they shot close-ups of the bike mechanisms and Ace operating it (stepping on the accelerator, working on the breaks etc.). Kamen Rider needs more of such bike close-ups.

A pretty good Escape centric episode and story writing, made up for the last two episodes.

Oh, and for the first time Morishita didn't get to say "Irregular Enertron usage!". He's losing his job

Possibly my favorite episode thus far. I like how even though it was a traditional wedding episode, they sufficiently mixed it up enough that it was pretty damn original. Lots of hilarious moments throughout. Pity the Megazord was such an uninspired design and the Tiara Invaders were kinda ridiculous.

Escapes transformation made me realise, we've had normal 'human' (face actors) for the villain generals for the whole show. I mean, generally the female can be human, but the males are usually always in costume.
Top

LOL @ Ryuji heating up when Yoko mentioned the marriage. And Usada too. Even Kurorin.

I guess that's teh first female metaroid. And I don't remember seeing many japanese style marriages in toku.

20 hours. I guess the megazord took the bride arrives late thing too seriously.

Escape's super form was ok, but still unstable. I wonder what Enter will do to her... There was some development for her too.

The episode was ok. Ryuji, Usada and Kurorin were funny and Jin had to be the mature guy. Not enough J, though.

It actually reminds me of Gekiranger. with escape having an alternate form.

it was a pretty good wedding episode, showing why they needed to do the plan, and that they had to do it many times until it succeeded, i also loved escape sayin "guys, we are not idiots, it's obvious you made up this wedding to capture us, but since you will make any wedding be cancelled, i better kill you all here".

I kinda expected Escape to call the tiararoid mama instead of papa. but it was a nice villain episode. showing that escape is more complex. I'm thinking, if one of the messiah cards become good, what would escape do? would she help the go-busters to protect it from enter?
Top

Didn't seem like he was acting as a parent to me. 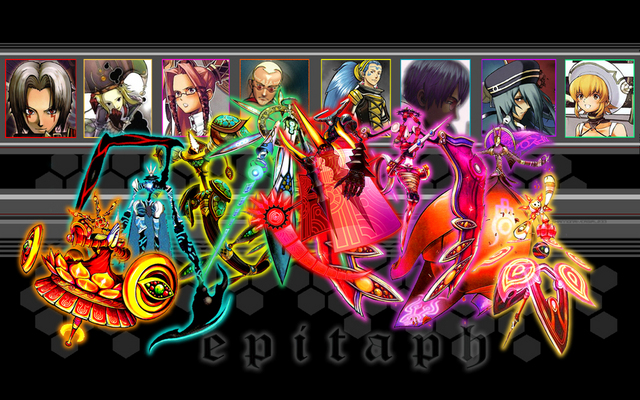 Chained guns action was incredible, Youko VS Escape 2.0 one of the fights of the season.

That piano version of busters ready go is so nice as always.
Top

So Escape got a power-up and it really didn't do anything. It was only a decent episode for me, there was some nice character development but otherwise pretty lackluster. Megazord fight was pretty bland, it honestly felt like they didn't put any real effort into the fight. Honestly would've preferred to see Hiromu only using Lioh rather than Ace riding Lioh.

Only Go-Busters could take something as cliche as a Sentai wedding episode and turn it into something interesting. Bookending this as a Yoko episode didn't do it any favors, I believe, but everything in the middle was exquisite.

If nothing else, Escape's "black bride" entrance is probably one of the most epic scenes of the season. Everything about that scene was perfect; the music, the choreography, the acting (and appropriate lack of talking), and the costuming (kudos to whoever thought of white bride vs. black bride; fantastic contrast). It's amazing how this show can go from silly concepts like robots on strike to something like that. They really mix it up and that makes things fun.

The megazord fight was also refreshing. They've used R/C models very rarely this season, and this is the only episode where they're used virtually exclusively. I'm still a bit annoyed with how hard they're plugging that lion, but much like the "black bride" it was a fun mix-up to have models. Go-Busters has been very good about cutting back on the heavy use of CGI and "brick" suit mecha with the limber fighting of Ace and now the use of models.

On that note, does anyone know if the song at the start of the megazord fight was new for this episode? I don't recall having heard it before, but I may just not have noticed it. Between that orchestral track and and Escape's Gothic music I'm really impressed with the music on this episode. Do we have any idea who did the music, and if it was one of the regulars?

Oh, and wire-fu! Koichi must have had his hand in this episode (the Wiki is down so I can't check) given the very nice use of wire-fu on the Escape/Yoko battle. It was very light use of it, but appropriate given Yoko's special abilities.

So we got an epic villain sequence, a megazord model fight, masterful music, and wire-fu all in a single episode. It's a shame they can't all be this good, but then it makes episodes like these all the more special.

PS The visor on Yoko's Powered Custom helmet is hilariously reflective. The camera crew can't even begin to hide themselves; even in black they immediately stand out

Random complaint is that the Custom Visors are hilariously loose when they set it. They're obviously just holding it against the brace and it's always shaking a bit more sliding up and down.
http://takkynoko.tumblr.com/ My new blog