JESUS CHRIST THERE'S A CAT SIDHE GET IN THE CAR

Rather expected the gaijin to get played for laughs, but overall it was handled pretty well. Shunpei's legs looked like he fell in a pit of sharp lego. I can only imagine the pain he's going to have pulling alllll of those bandaids off.
Top

I dunno, did they really need to cast the black guy as the lazy, loud, kind of dumb, complaining monster? I just don't get why he had to have so many negative traits.

I liked seeing a bit more of Koyomi's personality. Good to see Rinko pulling her weight too.
http://takkynoko.tumblr.com/ My new blog I was actually having this conversation with butyoumight and other Tumblr peeps the other day (as I seem to be one of the resident black toku fans). I'm not seeing anything too bad about the way Cat Sidhe is portrayed, but then that's taking into account a different history of race relations in Japan and so on. It's a bit more long-winded than that, but in the end all I just want to do is pet Cat Sidhe~

I'm not saying that this is the worst portrayal of a black guy that I've seen in Japanese media. It just seemed like it was unnecessarily negative. Why couldn't he have just been a regular dude?

Actually, there are a lot of black toku fans. I really don't think they're all that rare. Maybe some kind of statistical gathering venture would be interesting.
http://takkynoko.tumblr.com/ My new blog

That's true as well. Still, I guess tomorrow's episode will tell? I hope he stays around, but probably not.

Also, yeah, it would be fairly interesting to find out how toku fandom is broken down into demographics...
Top

Only thing that really bugged me during this episode was Shunpei; I liked him at first (and, near the end of this one) but, mostly during the dish rag scene. Koyomi's face said everything about it, imo.

Also about Sidhe being a black guy, it never really bugged me. Maybe because I would've laughed the same even if a white, Indian or, humanoid pig monster guy had done the role. 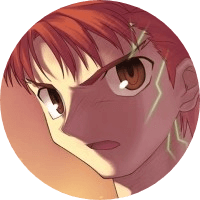 Haruto: I need to fill up your magic. Just place your hand right here...

I hope this OOM thing isn't used to often as an excuse to extend the arc.
Top

TheTeddy
I am the new #2

-Koyomi is a doll? That's going to be nice to find out more about.
-What is with Shunpeis' socks?
-I like when Cait Sihde suggests the Phoenix or Medusa could do it, how Phoenix is all "I know right?"

takenoko wrote:I'm not saying that this is the worst portrayal of a black guy that I've seen in Japanese media. It just seemed like it was unnecessarily negative. Why couldn't he have just been a regular dude?

Actually, there are a lot of black toku fans. I really don't think they're all that rare. Maybe some kind of statistical gathering venture would be interesting.

Well, the way I look at it is that he's not lazy and complaining because he's black and happens to be a cat monster.

He's a monster based specifically on the Cat Sidhe, which are in the mythology are black cats. Cats are universally seen as lazy and complain a lot, who generally go their own way and don't like taking orders.

I really thought it was kind of clever, using someone black instead of designing a mostly black cat kaijin that might have invited unnecessary comparisons to Kazari, for example.

How much you all want to bet that Koyomi and Medusa are either siblings or... one person split in half?
Top

Catastrophe wrote:Haruto: I need to fill up your magic. Just place your hand right here...

Haha, my thought exactly. That looked far more wrong than it should have.

I added the Hispanic option to the poll. I don't really have a problem with a black guy being Cait Sidhe. I think take's problem is probably related to how black people are portrayed in Japan which seems that's the case.

As for Koyomi, I wonder if she was a human or just artificially created but I'm interested to know.

Another nice episode. The action felt a bit 'slower' than the first 3, but that's alright. I'm really interested in Koyomi, I want to know all about her.
Cat Sidhe is alright, but after Cait Sith from FFVII I pretty much hate anything with a name relating to Cat Sidhe.
Being black myself I don't really see anything wrong with him. I chuckled when Haruto mentioned he was fast, but that's cause I think some stereotypes are funny and make a good joke.
I wonder how magic is restored, it's probably through sleeping and eating I would assume.
Top
Post Reply
63 posts