That was incredibly well done for a regular episode, let alone a farce done 4 years after the original show ended. Hit all the right high notes, managed to get *all* the original actors back, poked fun at the tropes without getting too bogged down in the details. Man, this makes me miss Akibaranger. 10 Years After writers, take notes, this is how you do a sequel.

And the Brave Frontier 2 CM had me in stitches. Nossan in the girl costume was great and while it wasn't a Brave Point, the monster's dialogue being mostly made up of "What?!" and "Gashuun!" was pretty hilarious. Didn't make me want to play Brave Frontier but still overall a pretty great video.

(PS Toei take note, when we want extra youtube videos, this is what you should be giving us, not that stupid High School Wars shit)

Fun actor note, the Kyouryuuger fan in the Gabutyra kigurumi was Nakagawa Motokuni, a very prolific suit actor who just happened to also be the suit actor for Gabutyra XD
Top

Aw, no wonder he glomped King.

These were such a treat to watch and put a huge smile on my face. Even without the nostalgia and jokes about how long it's been since they officially shot for something related to Kyouryuuger, there was a lot of humor. Nossan in particular was in top form, thanks to the writers. I also give them a lot of credit for adding enough details about their allies and the stone search that it believably slots into the series based on the episode number they gave it.

Braveski's base was pretty amazing. Looks like they dragged all the props out of storage to dress that set. Plus, I was amazed at the detail that went into the Monster's design.

Thank you, producers of a mobile game I will probably never have a chance to play! It was one of the best sentai episodes I've seen in a while.
Top

I don't really understand why Kyouryuuger Four Years after happened, but it was fun. Hearing the song again after a while really hit the feels. It's like no time passed at all with these guys. Like this could have been made back in the day and I wouldn't have been surprised.

Thanks for the quick nostalgia trip! I felt bad for Bravesuki, but what can you do. He died as he lived, being a total nerd!
http://takkynoko.tumblr.com/ My new blog

There's no sane reason why this exists. But I'm very glad it does.

If someone wants to pay Toei to make clever advertisements for mobile games I can't play, who am I to complain?

As everyone else already noted, this was spot on. Every last bit of it. Toei doesn't have the sets anymore, but they did a damned good job of staging an episode without them. Plus we get the actors in top form - seriously, how did they get them all back?! - and equally important is that the writing was fantastic. Not only that it did a good job lampooning the series (since this was meant to be comedic), but it also got all of the characterizations down perfectly, hero and villain.

Heck, even the action cuts no corners. It's a good brawl both untransformed and transformed, and we even got a robo fight!

Overall I was shocked to see that Sakamoto didn't direct this, as it felt like something he would have done (and when does Koichi pass up legs?), which is to say that this wasn't just a generic fight to meet some production quota. Plus I liked how they made use of some of the filming tricks Toei has developed since then, like the drone view and some of the handicam shots.

In-universe, this was actually a rather brilliant plan. It had to fail for obvious reasons, but it goes to show why Candy was always the smart one (and too good for the Deboss). Making a monster specifically for the Kyouryuugers to beat up was a great idea, and the fact that he was a giant Kyouryuuger fan is icing on the cake.

(Though in a way, this episode is sort of sad. This was the last great Sentai; it's a reminder that Toei hasn't turned out anything this good since then. ToQger was okay, and then Ninnin/Jyuoh/Kyuu were all bad or mediocre.

PS What the heck is Ian's actor up to these days? Moonlighting as a drag queen?

PPS Given the CM that goes with this shows that he doesn't actually have wild hair, the wig they used on King is amazing!
Top

I think the reason this worked so well was that Sanjo wrote it. I know the 10 years after movies were also done by the series main writers, but Sanjo wrote every episode of Kyouruuger. He understands the characters and the world better than anyone else and was really invested in it. It goes to show that the passion of the writer can make a big difference.

Like others have said, not sure why this happened, but I'm glad it did.
Top

in 33.5 episode, around 0:54, isnt it "Tessai" when Daigo said? its subbed as Tetsu. And someone should pay attention to me... my error reports have been ignored for like 4 or 5 times...
Top

They've been noted but pretty much all you've been noticing is tiny little stuff that would be more effort than it's worth to reencode and release for. One line having the wrong style is just not priority. If you really want your suggestions to be listened to then you can join qc.

That said, character name mistake is a big oops so will be v2ing that
Top

Just seeing Amy in action again is already worth making this episode.
Top

Uhh, the audio track is missing from the v2 HD encode. 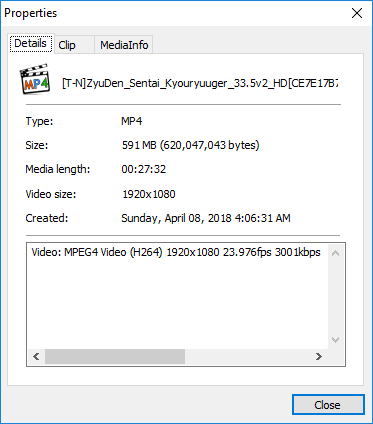 Well I wasn't going to say anything. But if you insist...

They've been noted but pretty much all you've been noticing is tiny little stuff that would be more effort than it's worth to reencode and release for. One line having the wrong style is just not priority. If you really want your suggestions to be listened to then you can join qc.

That said, character name mistake is a big oops so will be v2ing that

I noticed but I thought I was remembering his name wrong. Was still a great sub. THank you 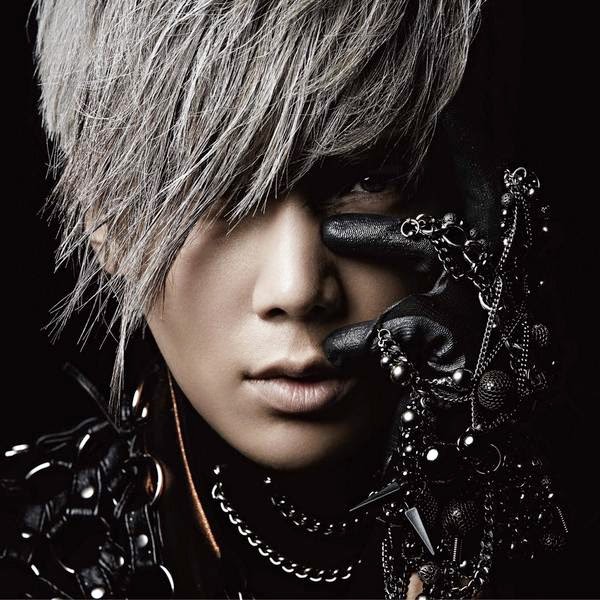 LOL, that's what I was wondering too! Seems like it would be more of an actor's preference thing, as it seems out of character for Ian. Nice to see that I'm not the only one who thought it was weird.