midorininger wrote: someone said marvelous was a serious red, and while not disagreeing, i dont think so. he took his role as leader seriously, but as a ranger it was more part of the grand plan for the triforce greatest treasure. i think aloof is more accurate.

im still working on megaranger, but it seems megared wasnt/isnt very serious. granted not dumb. o if taka was a bit smarter would he not bother you guys?

Most important thing in Megaranger is that Kenta / Mega Red is not leader of team. The leader is Kouichiro, not Kenta. Takaharu is leader without vote in member and he is idiot with his action, until current episode. Comparing with Kenta, he hasn't growth his character anymore. Kenta since ep 20+ started to more mature, rather than loud "I'm fire on" and do nothing.

I think many people who don't like Takaharu because:

-I'm fire on
-Bad acting
-Too much focus and spotlight on Takaharu look like King, although they aren't smart or cool. But King's actor acted better than Takaharu's actor. And King is more charm than Takaharu.
Top

Personally, I thought they both had issues... Nishikawa can't carry more than one tone and King's Ryusei Ryou ENUNCiaTed THE wrong WORds or syllABles which got hard to listen to.
Top

1. The original point of the show was to get the sealing shuriken, when was the last episode that getting the shuriken was important?

2. How many sealing shuriken do the Ninjas have?
Top

1. The original point of the show was to get the sealing shuriken, when was the last episode that getting the shuriken was important?


2. How many sealing shuriken do the Ninjas have?

Posts: 4827
Joined: Tue Dec 15, 2009 1:47 pm
Male: Yes
Favorite series: Kyoryuger
2nd Favorite Series: W
Quote: "When I first started, I knew everything about nothing and have progressed in the subsequent two decades, realising that now I know practically nothing about everything"

I'm interested to see what asspull they use to allow the destruction of the Fox Gundam. Those funnels are super broken against slow and bulky sentai mechs.
Top

There was a typo where Style was misspelled
http://takkynoko.tumblr.com/ My new blog 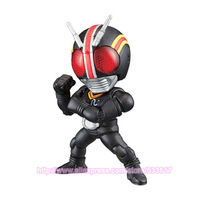 While it was a bit nice to have a smart Takaharu for all of like 30 seconds (yes i know it lasted a bit longer than that) and to see the Mech get jacked up (hopefully a prelude to new Mechs, something we havent seen in quite awhile), this episode and so far the series in general for me have been very lackluster and seemingly rushed, characters are still way under-developed if not downright annoying.

Also as an overall issue throughout the series, I'm kinda tired of seeing every little thing the do being Ninpou (or however you spell that)
hopefully the next series will bring back a lot of the shine the older series had.
Top

Vashiev20 wrote: Also as an overall issue throughout the series, I'm kinda tired of seeing every little thing the do being Ninpou (or however you spell that)

I think that things like "Helping Hand no Jitsu" is more a joke than anything else. They're ninjas after all.
Top

i agree the whatever no jutsu is likely an inside joke among the kids.

wait is takaharu actually listed as the leader? because to me, i thought kasume was the leader and they just let takaharu be ... well ... takaharu. all the while she planned the what to do while watching his "tom foolery no jutsu". and the rest followed her plan.

i wonder if the other otominin will become useful again because by right, the gear ninja motw werent attacked by them so kyuuemon shouldnt be inmune to those attacks.
I work too much ....
https://www.facebook.com/ThisGeekLife
https://twitter.com/Samuraibirru
Check out my gaming vids!
Top

Takaharu is recognized as the leader in some parts, like when the lion spirit appears. but all the time he seems to be more like the strongest guy in the team, and nothing else.
Top

At the end of the episode, did it look like the mechs were trashed? Someone used the word "destroyed" on RangerWiki and I had to change it to "out of action" because surely they're only temporarily incapacitated... I guess episode 33's OP will answer that
Top

Even if I hadn't seen this week's episode, I'd say that was prudent. Are any Sentai mecha permanently destroyed anymore?
http://takkynoko.tumblr.com/ My new blog