Well, that was pointless. All the actual story took place over 1-3.

Here, all we have is a clip show. Then a pointless fight with Genm in which Snipe apparently kills him???

Then Jirou is alive again, somehow? How? Why? Did I miss something?

Pretty poor reward for people who bought the Blu-rays.
http://takkynoko.tumblr.com/ My new blog 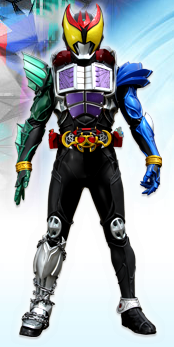 It was really disapointing, and i still don't get what they pretended with that Snipe vs Genm Fight...it seems they failed in incorporating this sequence into the series, we know it didn't go that way.

And what's the deal with Bang Bang Tank' where did it come from? all these 4 stories were made for the sake of a new Gashat?
Top

I finally got around to watching this.

I still like the concept of the series, but there's no getting around the fact that the last episode falls flat to the point that it's pretty much unnecessary. Which unfortunately drags down the whole series.

I get what the writers were trying to do here by symbolically showing how Taiga came to once again believe in himself and bury his demons (i.e. the Dangerous Zombie fight). However it doesn't change the fact that this was largely a rehash of Taiga's arc from the series itself, and indeed most of this episode was clips. Even the Dangerous Zombie fight was a bit of a let-down in that respect, because as cool as it should have been, it was actually pretty darned short.

I hope Toei keeps at this, because if they keep iterating on the idea they're going to get better. But I also hope no one is buying the sets just to get this series.

He's still dead. It's symbolic for how Taiga has come to terms with his past.
Top