Alt title - War, what is it good for?

Well, a lot more faffing about in this episode.

However, the speech Otoya (what's his character name here? don't care!) gives Sento is probably one of the best I've heard in recent years. It's really great that we're not glossing over the horrors of war. Otoya gets that people die in war, both enemies and friends. Expecting no one to die is just childish naivete.

Really gonna need some more background on Master soon though. This is just getting a bit ridiculous with his dropping in and out and helping the opposition.
Top

Surprisingly, I ended up really liking this episode. I was going to make a joke that the most morose Rider in years has gone full on emo, but it's good to see Sento finally show some fucking emotions. And you know, it's nice to see his smugness taken down a peg. And like Luna said, it leads to a great scene with Otoya at the end.

For the love of god, give these characters some agency. They're boring ass people most the time because they don't really make any decisions, and making tough decisions is 90% of what makes a drama.

Half of the problem is that Banjou and Sento are young kids basically, who get danced around by older men like Stark or Otoya. Yeah, they steal the spotlight, but they're also not the main characters. The scene with Otoya was great, and would have been awesome if Sento took a lesson from that and came back to the battle of his own volition. But he doesn't, so Stark comes along and basically forces him to do it. That's also a good scene, but in the long run, it's not going to be interesting drama if people had no real choice to make.

I like where the series is going, but I hope Sento and Banjou get some control over their lives soon.

Edit: Also, I hope Banjou stops getting treated like the unfavored son. The indecision worked for Sento in this episode, but it doesn't really play into Banjou's personality, and they both can't be like that. Also, does it make sense for Stark to encourage Build to fight instead of Cross-Z? It just feels a little too "He's the main character, so he has to fight Grease". Cross-Z hasn't really felt relevant since his introduction and the introduction of jelly Cross-Z
http://takkynoko.tumblr.com/ My new blog

I don't normally do photo posts, but this is too relevant to pass up on. 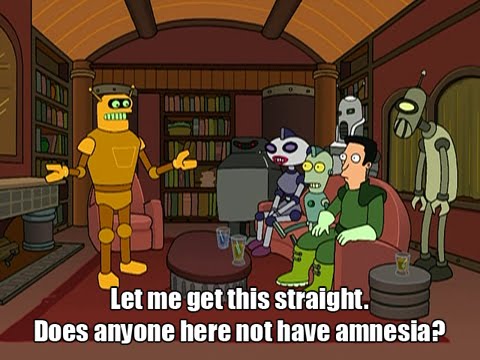 Build has a bad case of soap opera writing right now. The fact that everyone who gets gassed loses their memory is ripe for abuse, as we've seen time and time again.
Top

Much better episode for me than the one last week. It delivered on what I was asking for. Progress the story. And after this Rider representative duel, hopefully, Hokuto invasion arc closes. It's not much, but it's a jumping point.

The morbid and broken Sento scene was done quite well, props to the actor. He's showing some hurt there. Especially that flower scene.

I'm just gonna say it, Blood Stark is an anti-hero, raising Riders and training them through manipulation. He's playing with their emotions and twist them to become his secret warriors, in preparation for a Mars invasion.

Build has a bad case of soap opera writing right now. The fact that everyone who gets gassed loses their memory is ripe for abuse, as we've seen time and time again.

Oh yeah, everyone does have amnesia don't they? Surely there's a better way of gating information than for all the major characters to conveniently not have any grasp of their past or the events that led to their current circumstances.
http://takkynoko.tumblr.com/ My new blog

Great episode. Holy shit Sento was shook. I loved it. I can't remember, but did Stark tell him that the Hazard Smashes would die when he gave Sento the Hazard Trigger?

Hazard is really neat. Something about the all black with just the eyes is really nice and gives it that menacing feel. I like this take on the berserker as well. Doesn't say anything and is more of an efficient and cold fighter that doesn't listen to reason. The way he instantly crushes Cross-Z and then turns to the 3 stooges is great.

Also, surely someone in Hokuto noticed that Snake Man stole all the bottles? They can't all be that dumb.
Top

Wasn't Sento the one who knew about the stooges at risk of dying if they were defeated? I'm not sure if Banjou was the one who knew, since I remember wondering if he was going to accidentally kill one of them on his fighter's high.
http://takkynoko.tumblr.com/ My new blog

But all in all a really good Episode, just wished like previously stated that they would have left out Stark in the Equation this Time, he's already Plot Ex Machina, so give us a break pretty please.

The Suffering of Sento was quite good acted out I must say so kudos for that, and as long they don't extend it to much I don't have a Problem with Banjou breaking down this once too, because he feels guilty for what happened to Sento due to what could have happened to him overusing Jelly Cross.

I just hope they make a good SubArc about mastering Hazard Form, and not Stark Ex it so he can already use it in the next Ep without anything, would actually be nice if it sticked forever like Garo's 99 Seconds was it?

agreed, tons of praise for the mourning scene. both actors nailed it there.
Top

This episode is great.

I love the shot when Build in Hazard form was left in a dark area and the light swinging over like a madman has been unleashed from within. A spectacular shot. Now plotwise will Sento be able to even control this form which I suspect may be the case.

The mourning scene is great with Kazumi/Otoya really highlighting how brutal war is with you possibly losing friends and being made weapons.

Sento depressed is probably his second best for me only for his seriousness to be his best. Sorry to say Sento lovers in here but I don't like his narcissism since he annoys me with his I'm a genius shtick and rubbing it in so much that I want to punch him in the throat every time like with Lucky's catchphrase though at least he has dialed it back since this arc.

Really hate how he was about to use a best match only to cut to the representative battle. It feels out of place and it ruins the tone I think Sento's fight with Stark was going for.
Currently Watching
Super Sentai: Ryusoulger
Kamen Rider: Zero One
Ultraman: None

Make sure you watch the Best Match special as well. It's set before the next episode.
Top

was planning on it anyway
Currently Watching
Super Sentai: Ryusoulger
Kamen Rider: Zero One
Ultraman: None

I did, but I am not elite enough to look at the thread for it.

I get a "You are not authorised to read this forum." message.
Top

I did, but I am not elite enough to look at the thread for it.

I get a "You are not authorised to read this forum." message.

Whoops, my bad, thought I moved that yesterday. It's fixed now~
Top

I do feel that gravesite scene though.
Toss your medals to your favored Medal Vessel, oh valley of desires.
Top
Post Reply
18 posts