I may not be a big fancy spy, but secrecy is sort of essential for it, yes? So what's the point in having a dual identity/form if you just transform between them right in front of both factions? Besides making it more inconvenient to pilot his mecha, does having both forms give him some boost that I'm not aware of?

Between this and Noël being kind of smiley, annoying, and showing off, I can't really say I got into this episode.

It's too bad, because a monkey king enemy is pretty cool. Let's hope now that the introductions are out of the way, we get to see how he integrates with the two groups.
http://takkynoko.tumblr.com/ My new blog

Hello there, X ranger. So, who are you really working for?? You seem to be a made man who modded our Rangers' Collection Pieces, both teams have doubts about you, you and Striker are wildcards on good terms and you pepper in a lot of French like Enter would.

So, how does a Ganglar obtain "status double" and "status gold"? Is this the “honors” system Gauche talked about some episodes ago??

The Collection Piece inside the MOTW's front safe is a repainted Techno Brace from Bioman. The Piece in the MOTW’s back safe is a miniaturized SeiJishi from Dairanger. Yeah, the translations of these Pieces' descriptions from the TV-Asahi page of the show leave hints of which series they were from. I.E: the Zyuoh Cube from Episode 1 is described as "A dice that manipulates probability in games like a King."

people should focus on Kogure, the mysterious benefactor of the Lupinranger, who appears to be hiding something from the team

takenoko wrote: ↑
Sat Jun 23, 2018 10:15 pm
Besides making it more inconvenient to pilot his mecha, does having both forms give him some boost that I'm not aware of?

From what I can see, Lupin X has strong armor while Patran X has enough mobility to easily dodge a rapid barrage of electrical attacks. This plays with our expectations by inverting the archetypes.

It seems like a foregone conclusion that Noël is connected to Arsène Lupin. Everything lines up. He's from France, he modifies Collection pieces, Good Striker knows about him, and he knows various things about the Ganglar that the teams don't.

Before the series ends, the Lupins and Pats need to work together at some point. Noël's story arc would lay the groundwork for uniting the teams.
Top

Don't have anywhere to put this, but this week I noticed the Y on Dogranio's hat. I've been wondering a while for why the Ganglar symbol is a Y, guess it stands for Yaabun.
http://takkynoko.tumblr.com/ My new blog

So, we've got our sixth ranger, Takao Noël, and I feel they rushed his introduction too much. With him having two forms I figured he would have been a more mysterious character. I guess I was wrong.

Not much more from me about the episode. I enjoyed it, I just think his introduction was majorly underwhelming.
This Week's Lupin CollectionShow
This week we had two Collection items, though we could only see one of them in action.

First, the minor one.
It's called "La machine d’endorphin/Endorphin Machine" and it provides the user with bio particle energy to double their attack power, apparently.
Its name is inspired by the song Endorphinmachine by Prince.
It resembles the Techno Brace, the transformation device from Choudenshi Bioman. 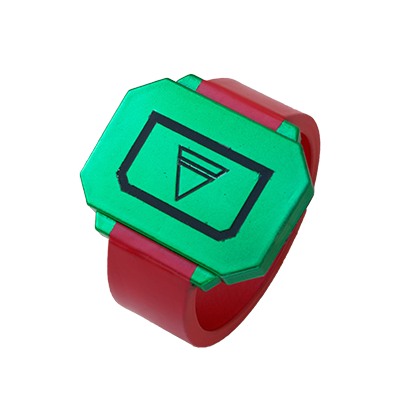 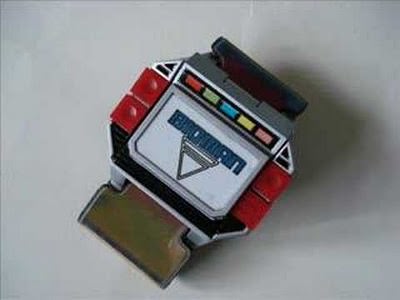 Second, the major one.
It's called "La fumée t’embrouille les yeux/Smoke gets in your eyes" and it allows the user to create clouds, control them and even ride them, à la Goku.
Its name is inspired by the song Smoke Gets in Your Eyes by The Platters.
It resembles SeiJishi, personal mecha of ShishiRanger, TenGenSei Daigo (RIP), from Gosei Sentai Dairanger. 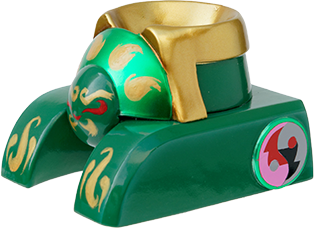 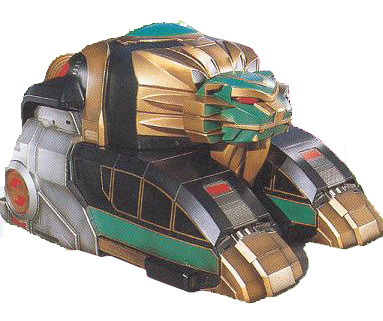 (Quick mention to Noël's items, the X Changer and the X Trains, which I'm not going to cover extensively because of they are obviouslypresumably going to appear in every episode from now on).

PreviewShow
Narrator mentioned a proposal. I'm guessing he'll propose to both team that they work together, somehow.
CheetahLynx
I was gonna list all the series I've watched but there's a 255 character limit. ¯\_(ツ)_/¯ Oh well.
Top

the guy who played Daigo died? that sucks, I loved DaiRanger.

I think they had to play him blatant. if they made him too secretive, it wouldn't work cuz the audience would know flat out and it would ruin the character, especially if he had to play two different characters.

I think it's an interesting twist on the whole "6th Ranger" shtick, and has a lot of potential to be done as something unique.

and I agree with Arigomi, this is obviously the first step towards Kaitou and Keisatsu working against the Ganglars together.

Could it have been done better? probably. but I like the way they're taking this concept and running with it. WIll be interesting when the train and Striker become the core for the unified mecha. should be an interesting concept, I hope they don't screw it up.
Top

I don't have a problem with the new ranger character, just why you exposed yourself so early?? The plot could be better and more suspense if you let your identity secret from one of the rangers team. Maybe this guy will unite both teams we don't know.
Top

One of the most boring episodes in LuPat. Feeling Junko's writing will be like Zyuohger, but I just wait to hope that this series will not.
Top

I can't quite put my thumb on why, but something about this episode just didn't work. An incredible amount happened in 20 minutes, so it's not a lack of plot or things to do. But somehow I'm both simultaneously overwhelmed and underwhelmed?

If nothing else, this guy seems a little too aloof. 6th rangers tend to flip/flop between serious and comical, so we were due. But he should be a Gai and instead he's a Michi. Which is to say his personality is the grating type.

And I really feel like the 6th ranger should have come after the teams become unified. Not before. The show's title aside, the rival teams thing has been played out. Having a guy that plays both sides feels like trying to prop up a corpse.

The suits look good though. And I'm over the moon that we're finally getting more mecha model action! We haven't had any significant model footage like this since episode 2.

Right? I'm kind of disappointed that they wasted such a cool enemy on this episode. The need to focus on the new guy meant that the MOTW was pretty much ignored.

takenoko wrote: ↑
Sat Jun 23, 2018 10:15 pm
Besides making it more inconvenient to pilot his mecha, does having both forms give him some boost that I'm not aware of?

From what I can see, Lupin X has strong armor while Patran X has enough mobility to easily dodge a rapid barrage of electrical attacks. This plays with our expectations by inverting the archetypes.

That makes sense. I was just thinking the same thing before I saw your answer to the question. Though like most armor-based abilities in this show, I suspect the writers will forget about/ignore it after 3 episodes or so.

It seems like a foregone conclusion that Noël is connected to Arsène Lupin. Everything lines up. He's from France, he modifies Collection pieces, Good Striker knows about him, and he knows various things about the Ganglar that the teams don't.

He's so clearly a Lupin family member that it hurts. To the point where I"m not sure just why it's not being immediately addressed.
Top

I don't know, his attitude kind of makes sense to me. It's clear that someone is trolling both sides. And I guess this is him. Or maybe one of the trolls. There might be others.
Top

Not really digging the new guy. His design is strange. I get they flipped the coatails to the Pat form, but between that and the X shaped visor he looks more like a Gokaiger than either group. I was at least looking forward to the double agent thing, and they just threw that away immediately as well.
Top

An undercover cop is also a Phantom Thief, I like that

Whops. Thanks for that, I'll update it in my script.
http://takkynoko.tumblr.com/ My new blog

I think I've figured out one of the issues that subconsciously bothering me. Lupin X's gun/transformation device looks terrible. Because it's two(!) trains, it's as busy as all heck and doesn't look much like an actual gun. If anything it looks like a toy - and while admittedly the whole point is to be a toy, generally Sentai items don't so literally look the part.

Second of all the flipping mechanic looks bad in action. It makes the already toyish gun look like it's going to break the moment you breathe on it. Nothing about that device looks sturdy, which makes the whole thing come off as lazy.
Top

I know, right? I was going to mention that in my original reply but I forgot. One would expect the trains would be detacheable like the other rangers', but instead they just twist and it looks unbelievably cheap.
I think it would look out of place even 30 years ago.
CheetahLynx
I was gonna list all the series I've watched but there's a 255 character limit. ¯\_(ツ)_/¯ Oh well.
Top
Post Reply
25 posts