The pen is mightier than the sword!
Post Reply
47 posts

There's only one person who can stop you, me!
Type: ISTJ Inspector

I think I can sort of guess what is the inspiration for this series theme came from. The main is from Kingdom Hearts 3 since Kingdom Heart series is about connecting worlds of Final Fantasy and Disney. While slightly different in ambitions, there is one man whose curiosity of trying to know the truth of Keyblade War, Kingdom Hearts, Light and Darkness ended up disrupting the balance of various worlds (universe?) and become the villain as he seek the answer. And it was on January 2019 before Zero One was announced and the coincidence of the Era change from Heisei to Reiwa and reminder of the first Kamen Rider was prioritised. Plus, there are other popular games/animes like Mario and others being simultaneously released and they sort of mash together for Kamen Rider Saber.
Top

Boy, Toei is kind of brutal. A global pandemic hits the world and forces filming to halt for over a month, and rather than moving back the next series they're taking the lost weeks out of Zero-One. Toei really likes their yearly schedule, it would seem.

Anyhow, I have to admit I'm not feeling this one. High fantasy isn't something I find particularly interesting to start with, and the suits aren't helping matters. Not that I expected Toei to stick with minimalist Zero-One-style suits, but these ones feel like they've had spikes and other bits kitbashed on. It doesn't feel organic.
Top

There's only one person who can stop you, me!
Type: ISTJ Inspector

Actually its Bandai though because having new Kamen Rider and Super Sentai start simultaneously would be bad idea for either series in toy sales.
Top

They did it 11 years ago, it wouldn't be the end of the world
Top

Posts: 4988
Joined: Tue Dec 15, 2009 1:47 pm
Male: Yes
Favorite series: Kyoryuger
2nd Favorite Series: W
Quote: "When I first started, I knew everything about nothing and have progressed in the subsequent two decades, realising that now I know practically nothing about everything"

True, but then they did seem to go out of their way with Decade to get W to start in September and I imagine they liked having that Christmas period free to sell the new Rider stuff without it eating into Sentai sales or vice versa.
Top

not impressed, maybe due pre-judgment due being another work of ghost writter.

"but this time will be different", sure. billy the kid eyecon and peter pan ridebook are totally different things of course...

its just me or saber suit looks like W extreme suit? that bean form change, i really dont like it.

probably i will wait 5 episode being released to try binge watch and decide if drop or keep watching.

really hope be wrong and saber become a good series but im already accepted that maybe i skip this rider.
Top

The premise looks excellent to me, though Toei haven't been very adept as of late with fantasy shows, so we'll have to see how it goes. Having Ghost's writer, director and some story riffs feels pretty concerning, but I've always been one for exposition-heavy fantasy. The trailer's aesthetic looks a little Gaim-influenced, which leaves me... hopeful? The main character doesn't leave any big impression on me yet, but I'm liking the suit designs so far.

Also, interesting that the trailer plays it straight the whole way through. I recall having found Ghost's comedy excessive half a decade ago, but even if my tolerance level's gone up since then it's an interesting choice for marketing the same writer. Either way, I'll want to be cautiously optimistic with this one.
Watching:
KR Gaim
U7X, Orb Origin Saga, R/B, Z
Gekiranger

The fact that Ghost's team is involved is (as pretty much everyone's already pointed out) a matter for concern. But I'll give it a chance because the merging of our world and a fantasy world turned out to be part of what made Gaim so great.

Meggido is highly appropriate, and ties in with Judeo-Christian beliefs very tightly. The baddies in this series could be seen as a modern-day version of the Essenes (who wrote the Dead Sea Scrolls) and Zealots (who died out at Masada). Meggido itself was the traditional location for numerous battles, and its role as the place mankind's final battle will take place earned it the Greek name Armageddon.

The fact that each villain is named after one of the three categories of lost book is interesting and likely tells us the kind of monsters each will have: Legel (legend, i.e. mythical beasts such as dragons), Zoos (animals - but his name can also be a play on Zeus, who was known to take the form of animals to seduce human women), and Storius (stories and faerie tales). And of course, their leader is named after the mythical sword of King Arthur, whose historical origins have been embellished by Christian influence to the point of being unrecognisable.

The "sword of Logos" - literally "sword of word".


I had to do a double-take when the dragon appeared in Wonder World... For a moment I thought we were crossing over with Ryuki.

Toma makes me want to watch W again... I wonder if he's half-boiled as well...


To answer a previous query, the text in the book isn't Sanskrit. Sanscrit is a combination of three wedge shapes to form syllables, much in the same way dots and dashes make Morse code. This writing is probably the script of the legendary beings from the series and likely will get translated on some board, just like the text from Zuoh.

I highly doubt the actual henshin will read the book every time. This wwas likely either for the promo only or will only happen the first time for each Rider as a sort of intro to them.


Di Agostini is one of the biggest publishing companies out there, covering various types of media but is best known for their amazing subscription models, including the DeLorean from Back to the Future, Iron Man, 1/2 scale working R2-D2, and production-grade Millennium Falcon and X-Wing (the latter of which I actually plan to get when shipping gets back to normal).

The end scene was rather over-the-top, but hopefully that was for show and not going to be part of the show.


As for costume design, I prefer the simpler look (once a Showa fan, always a Showa fan), but the costumes don't really bother me compared to some of the ones we've seen in recent years. The sole exception is Wonder Rider. As a fan of the Middle Ages and Medieval period, I absolutely hate the horny horse depiction of modern unicorns. They were related to alpacas, and honestly, the horn thing is so overdone in costumes that I get annoyed every time someone thinks it'll be cool to put a horn on someone's head. With all of the mythological creatures out there, couldn't they have picked something more original?

Overall, I'm really looking forward to this series. Zero-One (despite its flaws) has had some of the best writing since W and OOO (with the exception of Gaim). They fixed so many Heisei B issues and even managed to give our female rider a personality (in the end). If Saber forgets all of this and goes back to the shoddy writing of Heisei B, Toei's going to lose a large portion of its current audience.

Kamen Rider at its best tackkes tough issues. Zero-One's themes of racism and cyber terrorism hits really close to home, especially for American viewers who are suddenly reliving the 1960's while watching companies like Facebook and Google fight major lawsuits over exposing user information. A story depicting how words can heal or harm and the importance of books in our past, present, and future is a message kids really need in the digital age. When we don't learn from the past, we repeat it. A show like Saber could rekindle kids' interest in history, mythology, and the world around them.

Team Ghost's involvement really worries me, but the potential impact this show could have if done right (not to mention the huge market for young reader books Toei can tap into) have me more excited for a new series than I've been in a long time.
Fave series so far
KR: *brain explodes*
SS: probably GoRanger or ToQGer
UM: Nexus
Other Toku: (undecided, possibly the Shinigami no Ballad live action)

I'm not super happy with Zoos, since it's not really booky like the other names, but that justification for Zeus feels like all sorts of contortions to make fit. One thing that I was considering is maybe it's from Zukan/Illustrated Encyclopedia? These tend to be informational while also being appealing to kids
http://takkynoko.tumblr.com/ My new blog

I guess it'll be fixed by the time this comes out, but the katakana is also "Blaze" which was why my initial reaction to finding out he's a water rider was funny

Turns out "Blades" is what Toei chose to go with: 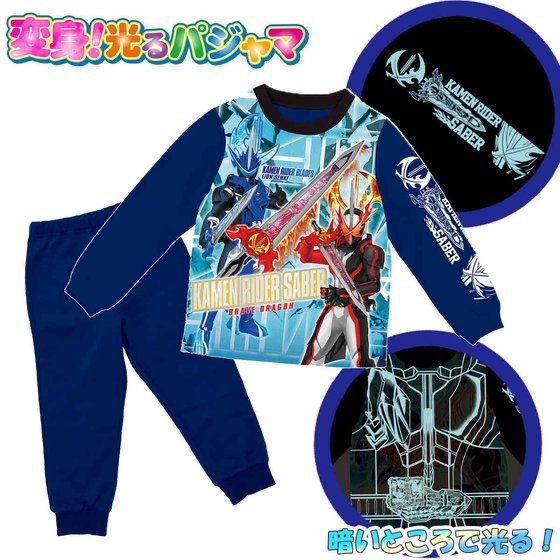 What does Toei know about english
http://takkynoko.tumblr.com/ My new blog

Posts: 4988
Joined: Tue Dec 15, 2009 1:47 pm
Male: Yes
Favorite series: Kyoryuger
2nd Favorite Series: W
Quote: "When I first started, I knew everything about nothing and have progressed in the subsequent two decades, realising that now I know practically nothing about everything"

Don't tell anyone that manages the KR wiki. They'll hate you for it.
Top

I know nitpicking is pointless now since toys are in production, but just had to say it. Really though, I wish Toei give a bit more thought about the naming sense here. If the secondary rider associates with water primarily, it could have been Pisces, Scorpio, Cancer, Clifford, Neptune, or Atalua for example. Otherwise, give an element neutral name identical to saber. Oh wait, is Blades supposed to be that?? Can't they call him Bite or Scratch or Scar, you know because he's a lion or something. It wouldn't sounded so off if the naming options for everyone other than the main rider isn't restricted to the sword theme. Oh man, I don't know what's right anymore. Let's just get through with it.
Top

Nothing is true. Everything is permitted.
Top
Post Reply
47 posts