The pen is mightier than the sword!
Post Reply
74 posts

Only watched for QC so far, but overall this felt a little okay. There were some good points (the villains could go in interesting directions from here, the overall concepts are pretty great and some moments like Touma struggling to get through the fire stood out), though several of its subplots didn't feel very convincing. The girl in the flashback felt like a recurring story element, but there isn't a lot of drive or curiosity behind who she is for me; something similar could be said for Tassle. It's a shame, because I really want to like a fantasy Rider show; still, first eps can often be rough around the edges, so I'll give a few more episodes a watch first. The overall book theme asks for something brimming with creativity, which the knight premise certainly follows up on, so it feels like a shame that the execution feels lacking in it beyond the admittedly impressive stylistic effects and set designs.


Go-On Macaroni wrote: ↑
Sun Sep 13, 2020 2:31 pm
Apparently, Toei is using some program called "Unreal Engine 4" so that might explain it or why Saber has noodle-y spaghetti for arms.

Huh; using a program meant for video games on a TV show like this can get a little dodgy. It's a pretty good program (I think The Mandalorian used it for some things), but it wouldn't have occurred to me to use it for an entire fight scene.


takenoko wrote: ↑
Sat Sep 05, 2020 7:37 pm
I really don't care for the over-the-top campiness of it. It feels like there's no real drama/stakes and that leads me to not care about anything that's happening on screen as a consequence.

I actually kinda like camp when it's done well (Raimi's Spider-Man and Ultraman Taiga did a pretty good job balancing an over-the-top style with more emotional beats for me, and KR's experimented with it in Ex-Aid), but this episode didn't feel self-aware enough for me to find much fun in it beyond the usual for an action show. Still, I admit feeling similarly about the drama suffering; while I liked that it slowed down enough for Touma to carry a conversation with the monster, I couldn't help but feel there was something missing.
Watching:
KR Gaim
U7X, Orb Origin Saga, R/B, Z
Gekiranger

I liked the episode, but didn't love it.
The series is too colorful for me. And the characters are a little too cartoonish! Besides, the guy just decides to defend the world OUT OF NOWHERE! There's no turning point or inciting element that clearly motivates his decision.

Other than that, the story seems promising. I truly doubt that it is gonna come even close to Zero-One, but it can be good.
Top

2/5 from me too. I know its only the first episode but there's no real urgency felt from the protagonist to strongly justify what he said. At the start, the fantasy background CGI was too much of a clickbait to keep newcomers to be attracted, IMO anyway. Its over flashy.

For a second there, I thought I saw Asuna(Ryusoulger) in Mei due to being all goofy and happy go lucky. No comment on the villains and Blades to give opinion. We are just getting started anyway but I get the vibe of Ryusoulger's half-baked, non-persuasive explanation vibe of story right from this. Or is this going to be another Den-O where you focus more on jokes and gags more than the story?

Ah, ending song. The previous Kamen Rider series to have this was Kuuga. The one time Sentai had no ending Song was Lupin VS Pat. I don't criticise the composer, singer and such since music requires good practice to create rhythm and such but it felt too awkward for Kamen Rider when the lyrics involve the full name of the series as part of it.
Top

Ashki wrote: ↑
Mon Sep 14, 2020 1:56 pm
2. Oh god, please don't tell me we're going to be stuck with a Let's Dance ending! I've loved the fact that Kamen Rider did away with end credits after Kuuga. They waste far too much time that could be used for story and doing the stupid dance number just makes the show feel cheap. I get it, they want to attract younger kids to the show, but the obligatory dance at the end of every Super Sentai is nauseating enough. Hopefully they'll ditch the dance ending in favour of more plot time.

hiro9796 wrote: ↑
Mon Sep 14, 2020 5:18 pm
Ah, ending song. The previous Kamen Rider series to have this was Kuuga. The one time Sentai had no ending Song was Lupin VS Pat. I don't criticise the composer, singer and such since music requires good practice to create rhythm and such but it felt too awkward for Kamen Rider when the lyrics involve the full name of the series as part of it.

Hibiki had one as well during the first half.
KR
Seen: Kuuga, Agito, 555-Ex-Aid; Amazons
Now: Saber
Faves: 555, Blade, Drive

Oops I forgot about that totally LOL.
Top

Just found this pic from Internet.

With me, I really like Mei, how she can expose her emotions. Just tired of main female in Build, 01. So too excited with Mei and hope her get more roles like Akari in Ghost.
Top 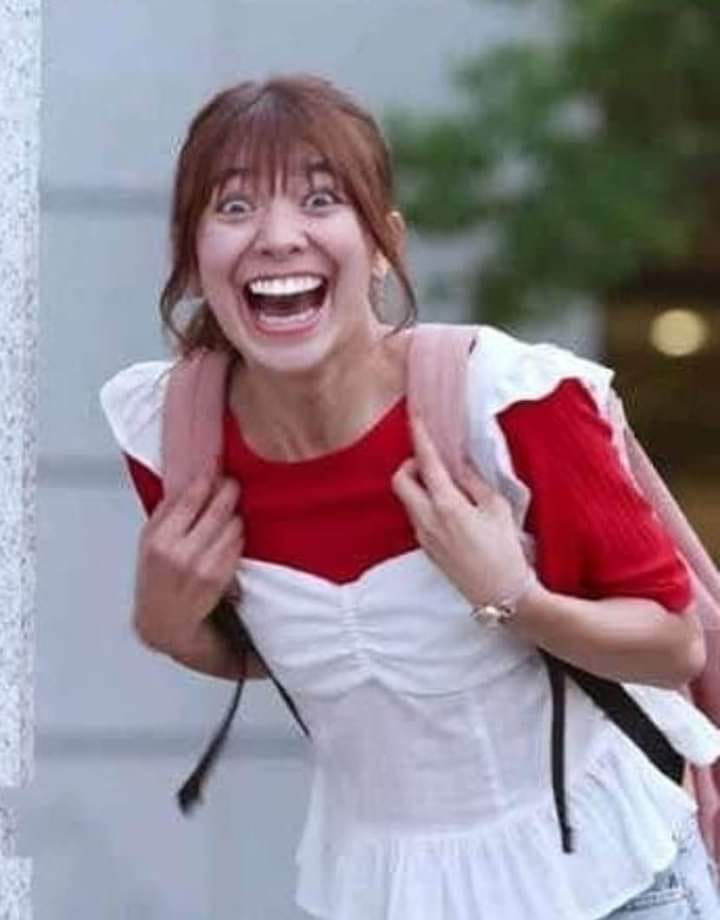 I'm in the camp that Hibiki wasn't a KR series since it didn't have drivers or use any of the franchise terminology. It feels too much like generic toku only horribly written, so I pretty much do my best to ignore it ever happened.

I think I'd be okay with the ending dance if they dump it by episode 10. By then the show will have its legs for better or worse, so I'm hoping they'll have weeded out most of the garbage elements.


How far ahead is a particular KR usually filmed from airdate? I really feel as though someone in Toei was paying attention to feedback in Zero-One because a lot of plot holes were eventually addressed and they even threw in some one-liners that mirrored fan criticisms. Depending on how many episodes they have finished and whether they're reading threads like this one (which I bet they do), we could see some major changes in tone as the series continues. Hell, maybe Tassle will become corrupted and turn into the Mad Hatter. THAT would be a fitting narrative persona. Right now, the caked-on makeup and clown-like appearance just make him look disturbing and he sounds borderline psychotic. NOT a good combi for a show aimed at kids.
Fave series so far
KR: *brain explodes*
SS: probably GoRanger or ToQGer
UM: Nexus
Other Toku: (undecided, possibly the Shinigami no Ballad live action)

Oh yeah the ending dance looks too super sentai and out of place but I suppose they just want to sell toys.

Overall this show is way too "kiddy" but its suppose to be a kids show after all. Anyway we will always gonna miss stories like Ryuki, Agito and Kiva.
Last edited by Kurow on Tue Sep 15, 2020 3:03 pm, edited 2 times in total.

It feels like if Toei responds to stuff, it takes them two months to do it. I think that's around how far in advance they film stuff anyway?
http://takkynoko.tumblr.com/ My new blog

I thought it was okay. Not instantly hooked, but I am usually happy for a new Kamen Rider series, so I am pretty easy. Hope it gets better a few episodes in. So far, nothing to really drive me away.
Top

Zerato wrote: ↑
Sun Sep 13, 2020 1:16 pm
A lot of the effects in this episode looked amazing, which is why it's so weird that the fight in the sword world looked like a video game cutscene.

Apparently, Toei is using some program called "Unreal Engine 4" so that might explain it or why Saber has noodle-y spaghetti for arms.

It's how you use the tool really. As mentioned in someone else's post, they use Unreal Engine 4 in The Mandalorian to make the virtual sets. Looks great there.
https://venturebeat.com/2020/02/20/ilm- ... ndalorian/
Top

This...has too many similar properties with a sentai series. The premise of the story itself is promising, but the acting of the actors/actresses just doesn't do it for me. The henshin "scene" is just straight-up unnecessary. Just allocate the budget towards good story writing or making the characters act better.
Top

When the sword was donned I immediately reminded this anime https://flameofrecca.fandom.com/wiki/Main_Page

I started to wonder if the Rekka or Recca has a hidden meaning tied to flames.
Top
Post Reply
74 posts