The pen is mightier than the sword!
Post Reply
16 posts

wait why is Master Logos leaving?

No great strides are made in the big plot, but I felt pretty engaged by this episode and Ren wasn't too annoying, so that's a win for me
http://takkynoko.tumblr.com/ My new blog

Hold up, I thought Ogami was dragged off to get deflowered, did they just toss him back out once they roughed him up a bit?

IF THE KEY WASN'T IMPORTANT WHY THE FUCK WAS THERE THAT WHOLE THING ABOUT THE MEGIDDO TRYING TO GET IT?!

Wait, hold up. Sophia's not human? We're really just gonna blip past that explanation and not give it any more depth or conversation than that?!

Oh horray ANOTHER Rider to do absolutely fuck all.
Top

Lunagel wrote: ↑Wed May 05, 2021 2:06 am IF THE KEY WASN'T IMPORTANT WHY THE FUCK WAS THERE THAT WHOLE THING ABOUT THE MEGIDDO TRYING TO GET IT?!

Wait, hold up. Sophia's not human? We're really just gonna blip past that explanation and not give it any more depth or conversation than that?!

Oh horray ANOTHER Rider to do absolutely fuck all.

I mean, I think it is. Clearly what's his face (last guy standing) used it to steal Sophia's book

Also, Sophia is a clone of Luna? So I guess that actress will play adult Luna if that's ever a thing?
http://takkynoko.tumblr.com/ My new blog

too many players on the field, too many cards left to be played.

this is a giant clusterfuck of a series. and they KEEP ADDING MORE. wtf.
Top 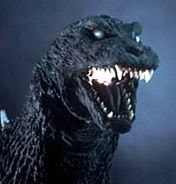 Well, there certainly was a lot of "AND I MUST SCREAM," in this episode, eh? Lot of that in general in this series, I've already noticed. On the one hand, I agree that there's way too much going on in this series and not enough being done to wind up new elements before the writers add more. Part of me wants to think that, like J, Michael Straczynski did with "Babylon 5" (still the greatest American sci fi series ever), they will eventually wind up all these threads, but with so many in play and not enough adequate explanation being given, it's hard to say if ever they'll be able to. On the other hand? I like that the writers are trying to emphasize human drama, but it's coming off more like melodrama most of the time. The CLAB Syndrome is really wearing thin, with me. I'm more interested right now in whether Reika Shindai will manifest the courage to see past her vision of serving the Sword of Logos and maybe turn against them (and hopefully not be immediately slapped down while the writers are at it) than I am what's going on with the main characters, even Touma, right now, and that's not a good thing, to me.
Top

MaskedRiderChris2020 wrote: ↑Wed May 05, 2021 4:42 pm Part of me wants to think that, like J, Michael Straczynski did with "Babylon 5" (still the greatest American sci fi series ever), they will eventually wind up all these threads, but with so many in play and not enough adequate explanation being given, it's hard to say if ever they'll be able to.

AHAHAHAHAHAHA did you see Ghost? It ain't happening.
Top

i had to run back to shinkenger to see and nope! they dropped the ball and didnt use Genta's sushi cart in the episode. would have been a nice touch!

um ... was the dual blade hyate sealed? and Master Logos easily wields the buster sword 1 handed?! and ... come on. WIND VS Smoke. couldnt Ren have just blown her away with some windy attacks? the match up was in his favor and he failed. and Logos missed a golden chance to have snatched up Flame Blade Rekka when touma was running towards the portal, as he left his sword sitting there. which btw, Touma makes some UGLY faces in this episode, granted most of his emotional faces are gruesome, GRANTED not as gruesome as Ryusoul Black in the werewolf episode, THAT was ghastly! lol but anyways, yeah i hope next week they explain the luna clone thing as that just kinda just shoved in there like its no big deal, just like Mei losing the key. ALSO gioven how strong Logos IS, why did Kento go with his base form? would Jark Dragon be better? as its stronger and be more useful against the ultimate foe whom you constantly see visions of winning?!

so its Nagare's newest power up mushroom so cold the cold actually effects him after use? i thought it was nice that the ice lions powers frozen even the smoke making her useless, but im sure theyll forget that fact later on.
I work too much ....
https://www.facebook.com/ThisGeekLife
https://twitter.com/Samuraibirru
Check out my gaming vids!
Top

One thing I was thinking was why doesn't Logos use the buster sword in his right dominant hand since it's stronger
http://takkynoko.tumblr.com/ My new blog

The wind sword is a dual-wield, and only one of the two blades was sealed (hence why he single-wields the whole episode). The main blade (the one that interfaces with the book) wasn't so Ren still has the ability to henshin and fight, but only at half power. Had the main blade been the one sealed, he would've lost all power and the second blade would be useless.

I really love how Sabela-heavy this episode was. Between that and some Sophia fan service, it was a very enjoyable episode for me. Also, it appears her loyalties aren't actually to Logos, but rather some form of fear of her brother...? If so, this could be an actually decent redemption arc for her. But unfortunately, I doubt the writer has the ability to follow through.

Logos having the All-Book and inheriting the powers of a First One (despite being a descendant, if they even stick to that) could explain how he can wield the earth blade so easily. He did summon it from the book itself, after all, so he likely has some abilities related to all the blades.

Desast actually has something to do for once, and I really hope they follow through with what he suggested about Sabela being somehow corrupted (or was he referring to a disgust/malice towards Logos and/or her brother?). It was stated early on that he was actually created by the Meggido, so I would be interested to find out if he's actually a corrupted form of the original Logos (hence why he's the only First One who isn't around) or one of the older swordsmen that had been defeated by the Meggido prior to the current batch. It's also very telling that he's the only one thus far who can easily see and sidestep Sabela's attacks - something even Tooma can't do.


Dumb Bits:
* Logos didn't grab Rekka (maybe because he saw the rift open because of the sword and needs Tooma to do it again so he can grab Luna?).
* Ren being stubbourne and going with Desast after seeing Rintaro defend him. There'd better be a payoff for that.
* And let's not forget the really bad overacting by Tooma and Kento.
* I'd lump Team Mei abandoning her for stupid reasons in with this, but feel that was literally just another "Mei stands for coMeidy" gag. In fact, never mind, I WILL ad it here because I actually like Mei and they need to stop using her as a walking gag.
* Finally, Kento still being an idiot but it changing from a noble "Only I can save the world" to "Only I can save Tooma". Way to ruin good character motivation, Toei...
* Another Rider (and this isn't even Zi-O!)... Have we topped Kyuuranger for sentai team members yet?


Great Bits:
* Desast owning Sabela without breaking a sweat, then faking his defeat so Rintaro could play hero. It really makes me want to know more about this seemingly useless character who keeps hinting at being something far greater.
* Pretty much everything Sabela.
* The Sophia fan service and plot twist that she's a construct with the white book apparently being the key to her existence (as we see either a copy of her or an adult Luna being summoned at the end of the episode). It takes the character and makes her something more than simple eye candy, while also hinting at why Sabela wanted to/was ordered to kidnap her.


I'd give this episode a high 3 for having a Ren that's not totally annoying and one decent battle, but the whole Desast-Sabela-Sophia candy easily brings this up to a 5 for me.
Fave | Least Fave Series so far
KR: AgitΩ or Zero-One | Drive
SS: unsure | Maskman
UM: Nexus | Ultra Q
Sentai: Akiballion: Battlemaids of Akihabara | Buddha Man
Other Toku: possibly Shinigami no Ballad | probably Sci-Rop
Top

I'm not sure what other might think but I'm liking the dynamic of Ren and Desast. They remind me of Ezra and Maul in Stat Wars Rebels.

Y'know, that's a very logical thought process and frankly I'm angry at the producers for not realizing
Top

Y'know, that's a very logical thought process and frankly I'm angry at the producers for not realizing

Did you guys forget that the Wind guy has a brain a size of a pea to even utilize his wind power against smoke?

In theory Ren could beat Sabela, but with Ren having very little combat strategy and at half strength, he wasn't going to win. I hope the Ren/Desast subplot has a worthwhile conclusion. It has good potential, but I don't trust the writers.

Kento is being real dense about this whole situation but at least the show is attempting to show that Kento is not thinking straight. I wonder how many more times the future has to change for Kento to admit he's all up in his feelings. What's Kento's endgame and how is he going to do it? Can Kento actually seal all the swords? Is he able to beat Touma or Rintarou, heck can he even beat Logos? Kento's plan started off strong but I don't think he has the power to execute it anymore. It'd be one thing if he was cold/calculated and waiting for events to unfold, but I honestly think the writers don't know what to do with him. Which is sad because his reintroduction was SO good.
Top
Post Reply
16 posts