Takumi and Kusuka get some extended time to get to know each other a bit better while Kaitou and Kiba are targeted by Lucky Clover.

Everybody loves Masato....except Takumi
Kaidou really could'nt have fallen for anyone that is a worse match for him, a Ballbuster that takes no guff from anyone.
Top

I don't understand why first-time-belt-user like Masato knows how to operate the henshin devices (eg. enter 913 for Henshin, insert the cip to activate the laser sword etc.)
Anyone can explain?

Masato said he just copied what Takumi did. Other than that, there's no explanation. Really, I mean it.
Ginga o Tsuranuku Densetsu no Yaiba!!!

I think the Henshin Code is on the inside screen of the phone.
Maybe he just glanced at it and got the number to transform that way?
Top

^ yea jz realized the 913 code is on the phone. but Masato is really a genius for figuring it out within such a short time

there is a scene somewhere where they show the phone in an open mode and you can see all the codes for the phone, so its only natural they would know how to use the equipment.

I also like that the only thing I know of where the series is going, is that the opinions are very divided about it.

Still, I feel the series is moving quite slowly, Lucky Clover seems of almost no consequence and the series spends more time on developing the characters. Although I'd really like a hint in series already where everything is going.
Top 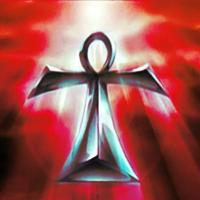 KamenRiderKaibo wrote:^ yea jz realized the 913 code is on the phone. but Masato is really a genius for figuring it out within such a short time