Because having more riders than a Sentai team can be good.
Forum rules
Wiki Link

Such a rad episode with kick-ass action at the end. Also, let the reign of cars getting destroyed by Toei begin!
http://takkynoko.tumblr.com/ My new blog

What happened to the time when cars where being destroyed everywhere? Where did it go?
Top

Hanging those guys from the car on the hook is such a Tendo thing to do. Yeah I'll save you, but in the most ridiculous way possible.
Top

No prob. Kabuto is one of our favorite series, so this makes a lot of sense. Can't wait for Blu-rays to come out for this though.
http://takkynoko.tumblr.com/ My new blog 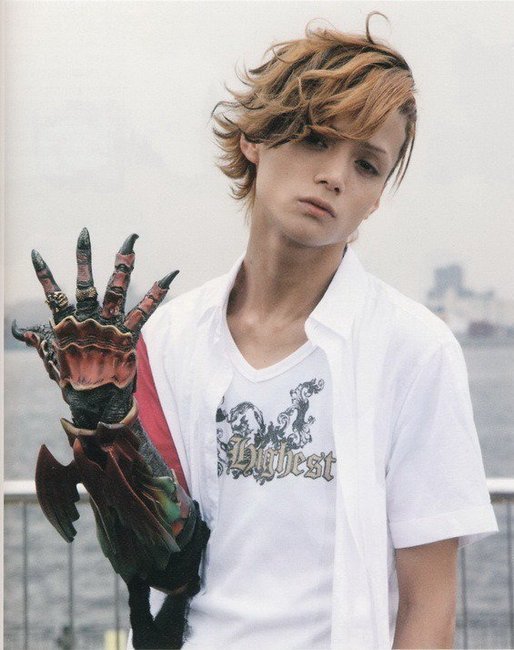 I've been waiting for this...
Top

Sweets.. The scripts was slightly different than the older.

That's rather the point.
Top

Yup. If we're going to rerelease something, we might as well go through and try to improve on it. I don't think anyone wants to just see us slap the old script on the HD video. We could release it a lot more quickly that way, but what would be the point?
http://takkynoko.tumblr.com/ My new blog

This is one of my favorite Rider series of all time hell I still have the avatar in his OverClock form. Thanks Takenoko and the team for bringing the memories back

That old script wasn't going to look right in HD if used as is. It needed to be redone anyway and also QC at the time wasn't as good as well.

I mean the Zector must have done it on purpose! I would feel like a total loser if I was Kagami

And Tadokoro, even though is a stereotypical cool headed commander in this kinda show, but him figuring out that Kabuto wasn't Kagami just makes me feel he has some brains to him

BTW is Tadokoro the same guy from Ryuki who acted as the boss of Shinji in the newspaper company?

No way. Tadokoro is played by Yamaguchi Yoshiyuki.

Editor in chief was played by the amazing Tsuda Kanji whose been in tons of stuff:
http://wiki.tvnihon.com/wiki/Tsuda_Kanji
http://takkynoko.tumblr.com/ My new blog

DAMN! All these time I thought the Editor-in-Chief, changed his name, moved to Shibuya and enlisted in ZECT to cope with the trauma consequently because of the death of his beloved employee Shinji. This would explain the attitude change from being jolly to serious. Oh and (spoiler) his brother reside there as well.

You forgot the part where he was the head of the Shiba clan.
Top
Post Reply
21 posts