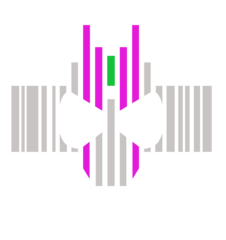 so is it only going to be the first episode or are you guys redoing the whole series?
Top

Whole series. Please give xiiliea prods to make deka come out of her.
http://takkynoko.tumblr.com/ My new blog

Just made my day. I want to see how the upscale looked like. Thank you.

xiiliea, unless you're taking down the SD copies, take all the time you need. Just know we appreciate it (then again, we appreciate all of TV-Nihon's work. This just gets a tiny bit more since it's an updated release

Just made my day. I want to see how the upscale looked like. Thank you.

xiiliea, unless you're taking down the SD copies, take all the time you need. Just know we appreciate it (then again, we appreciate all of TV-Nihon's work. This just gets a tiny bit more since it's an updated release

I'm basically just checking take's translations which he used his amazing ear to translate more than a decade ago. So it's not just an upscale. There's actually a lot of things wrong I found with the old translations, now that we have captions, because his ear just isn't amazing enough.
Top

yeah xiiliea don't worry about getting things out fast, good things come to those who wait
Top

And they're good. I watched 01 & 02 and watched part of the DVD version of 01. There is definitely an improvement. Not a huge difference since Toei just upscaled their SD master but, and I remember this from when you posted the "HD" Ryuki OP and battle scene, it was definitely something better than what was on the DVD that got upscaled. Thank you all for your great work.
Top

Thanks man! And thanks to Xiiliea for her work on it. It's really keeping the engine going.
http://takkynoko.tumblr.com/ My new blog

It's good to see Deka got a blu-ray re-release.

It's however disappointing to see the typesetting credit taken away from KaQ and me. Aside from a couple of minor changes ( and with some of the fancier stuff taken out), it's all still based on our work. Strange someone else would put their name to it. I wonder other stuff got "appropriated".

Huh, let me check with the team working on it. Probably just an honest mistake.
http://takkynoko.tumblr.com/ My new blog

I didn't know, I just copied the template when lazy noko asked me to check off 1-3 for him and take over the rest. I'll add it to your credits in episodes 17+
Top

Noticed the KR Blade Blu-ray karaoke is not credited to AutomaticZen. It looks exactly the same to the original. KTdata did the original stylings for the typesetting for the episode script I believe (i'd have to go back and check).

I really don't want to get all "KINGRANGER" on you guys, but it's really disrespectful to the original t-n crew. Especially if the original encodes are cycled out of the torrents\DDLs. The original crew along with Takenoko worked really hard and were responsible for kickstarting the tokusatsu fansubbing scene. Sure there were a couple of random subbers here and then prior but it TN that really exploded the scene. I'd hate to see my old friends not get the recognition they deserve.

Anyway, you guys have been doing a good job carrying on. I'm surprised Take is still doing this and hasn't lost his mind yet.

The toku scene has really changed. Back when I was typesetting Deka, I never in a million years would have thought there would be a 10 years after movie and also a crossover with Gavan movie.

Huh, I checked the karaoke and it's not the same as the original. Maybe the color is, but the animation and fonts are different. The old script does use handcoding, but the new script uses karaoke templating, which I believe XIII made.

Also, I checked the old typesetting. There were no animations. So I believed XIII made the new animations as well.

Added their credits though.
Top

Huh, the karaoke looks the same to me. Even if it's just inspired by the old karaoke, it should still be credited. Sorry I didn't notice that sooner, I'm pretty hands off on both those projects currently.
http://takkynoko.tumblr.com/ My new blog