Excellent sentai. Not my absolute favourite, but definitely up there.
Top

Though the overall plot was really, really good, the entire series felt kinda dragged to me.
Top

Absolutely awesome. It's what got me back into sentai.

The show was overall pretty entertaining. I enjoy the suit design and the mythical concept/motif behind the suits and Mecha. I enjoy the character and the chemistry that they have, which is probably one of the reason why I enjoy Ninninger more than lot of people right now.
Overall: 4.5/5

This is one of the few sentai I've actually rewatched. It's really a fantastic series, and it's easily something they could have dropped the ball on, but it ended up being full of love and well, magic. The actors all work well together and balance each other out. There are distinct character traits among all of them, and while they are family, you can see they do have their fights. The villains were unique and interesting, the suits and mecha well designed.

My favorite sentai episode is still the body-swap between Houka and Kai. Usually whenever they do a body-swap, they have the actors dub over each other's dialogue, but the actors really got the other's idiosyncrasies and mannerisms down to a T so that it wasn't even necessary. Best joke ever - "Nothing, nothing, something!" "Something, something, nothing!"

Also, the Magiranger drinking game when you take a shot every time they say "courage" is fun to play!
Top

I agree with Takenoko on this one. No doubt one of the best Super Sentai shows in the franchise. I like the idea of changing the commander-in-charge then replaced by 10 Hades/Infershia gods in which really huge. A warm and fuzzy feeling for the family theme. Magii Magi Magiiro! 5 out of 5.

Easily one of the best out there. My only complainit would be that the Hades gods felt more like MOTW rather than the big final bosses. Outside of that it hit all the right notes with me. 5/5
Top

I considered giving this a 4, since while I did enjoy this sentai a lot, the last fight always sticks out in my head and leaves me wanting... But then I remembered just how much, joy I feel humming the theme song... Even if the song alone is good won't get me that happy, less it's a series I really love. So yea, being honest beyond myself, 5/5
READING TOO MUCH INTO THINGS![/size] including random over analysis rants on pop culture, and Tokusatsu series reviews, if Toei gets off my back for long enough. Also follow on twitter @R2TMIT, or facebook.com/R2TMIT
Top

No joke, I probably rewatched this season about 3-4 times because it's just so damn good.


Lunagel wrote:Also, the Magiranger drinking game when you take a shot every time they say "courage" is fun to play!

I have not considered this before.....I must do this. 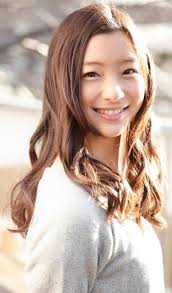 Good ending like Toqger, in the end, 2 side in peace
Top

My complaints are mostly subjective, but I never got into the Western magic theme, and the actors weren't able to give justice to their character's writing. Beside that, the writing was very very good (plot, characters, most episodes), so the series definitely is.

I'm glad I got over my reluctance and finally watched it (thanks for a praising Takenoko post...So thank you, Take, I would have skipped this one if it weren't for you).
Top

I was pretty reluctant walking into this one, and some of the magic stuff in the beginning was a little off-putting, like a the trapeze act. This is one of the mos twell done sentai I've seen, and I might be praising it a bit much since I just finished, I'd say 5/5.
Also, it was great to see Hiroya Matsumoto's first sentai role. Tsubasa is a great character.
Completed Series

Rider: From Kuuga to Drive, and Ex-Aid to Zi-O
Next Up: Ghost

Sentai: Zyuranger, Kakuranger, From Dekaranger to ToQGer, and Kyuuranger to Ryusoulger
Next Up: Ninninger
Top

My favourite sentai series ever, great story, great characters, great themes. Great integration of toys and all the designs. I wish the writer could come back, she was great,

Two small nitpicks i had, was Wolzard Fire being just a repaint, and Magimother, being named Magimother, and didn't get a proper Majin form. But the show easily outweighs my nitpicks