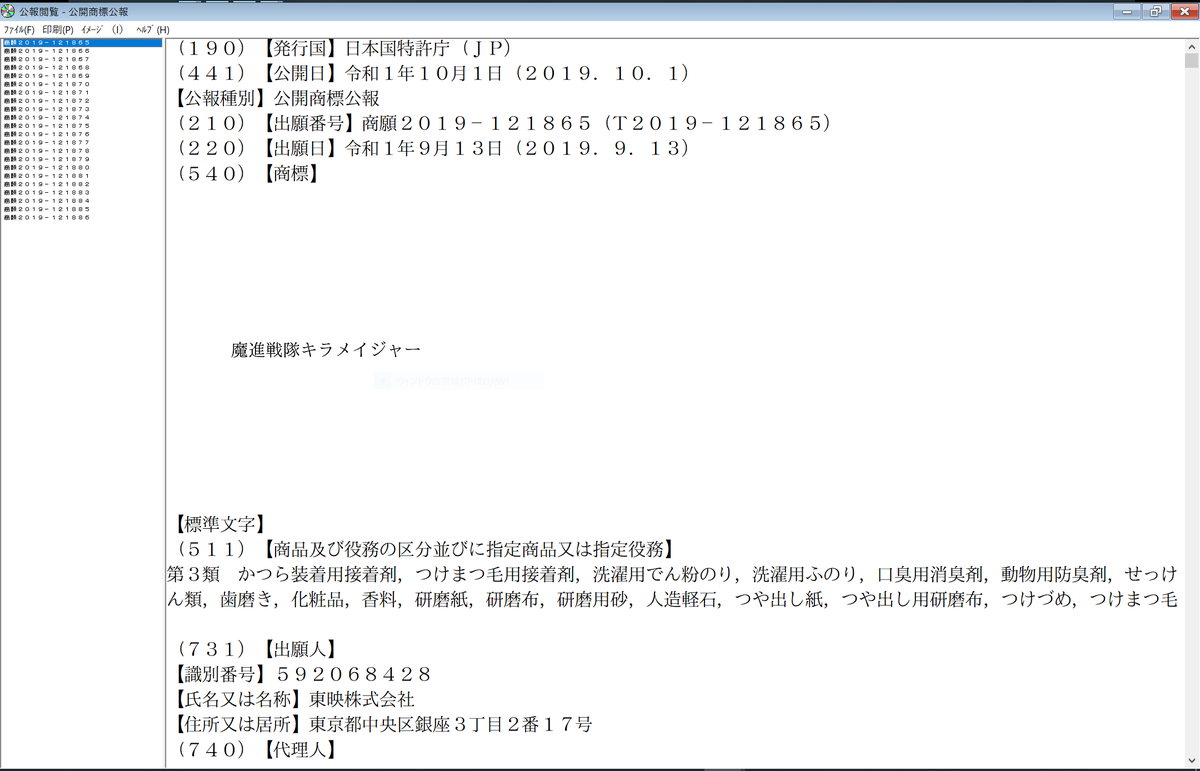 Courtesy of Trademark Bot, we have our title for the next Sentai - "Mashin Sentai Kirameiger". The most I'd speculate right now is how I've seen someone claim the start of the name had the same kanji as "Mashin Chaser" so maybe another car show?
Top

It feels earlier this year. Maybe it's just gone by so fast.
Top

Definitely up for this machine sentai, even though I generally prefer non-machine based themes.

Hopefully it has a story~

Is it mai or mei? Google's telling me mei, and I just want to be sure.
Top

It's Mei, sorry about that
Top

Thanks. I'm still trying to get my lips around the words before I try to add meaning to them.
Top

I'm down for a car-themed sentai. It's been a while.
CheetahLynx
I was gonna list all the series I've watched but there's a 255 character limit. ¯\_(ツ)_/¯ Oh well.
Top

I've been saying for years we're due another car show. For now though, I'm working on the speculation that Kirameiger is a pun on Mage and that it's a magic show.
Seen:
Super Sentai: Zyuranger-Gingaman, Abaranger onwards.
Kamen Rider: Ichigou, and all the Heisei/Reiwa series except Amazons and the American shows.
Precure: DokiDoki-Go Pri and the first few episodes of Mahoutsukai and Futari.
Top

Personally, I'm hoping the "Mashin/Majin" part means the team will have five humanoid mecha. We haven't had that in a while either.
In the criminal justice system, the people are represented by two seperate, yet equally important groups: The police, who investigate crimes, and the giant robots, who do battle with the bad guys' giant robots. These are their stories.
Top

Magazine scans of the Kiramager suits and some weaponry are out.
They seem to be a mix of gemstones and cars?

Female Green and Male Yellow would be a nice switch up if they hadn't done it already.

Designs look nice at least. Pink and Blues helmets and chest stripes look similar to each other and different from the other three, so I wonder if they are going with another 3+2 team again.
Top

Neat-O!!
Always parcial to a car-themed show. Hopefully this'll be as good as the last one.

A few random observations:
- The white line around the chin area of the helmets reminds me of the Hurricanegers
- Pink and Blue's visors bear a striking resemblence to GaoYellow and DekaYellow, respectively
- Sparkly helmets yo!!
- The belts are kinda similar to old-school American car seatbelt buckles
- The team emblem, seen on the gun weapon thing, looks a bit like the LupinRanger emblem
- I Hope individual weapons come back. Last team with individual weapons was ToQger, which also happens to be the last one with headlights on their faces.

If they'd waited an extra week it would have coincided with the start of the F1 and IndyCar seasons which would have been a cool touch for a car sentai IMO. Oh well...