Anyone excited about the second game? I know I am!

I don't own Dark Souls 1, but I do have Demon's Souls. Anyone want to PVP practice with me sometime?

I found Dark Souls really underwhelming, honestly. People hyped it up with all the buzzwords which did all the right things for me, then I got it and... it's just really boring. Boring and frustrating. Endless grinding, spending the very few souls you get on either upgraded gear or upgraded stats, and randomly getting owned by the lowliest skeleton dudes, none of it was very fun at all.

I'm glad I couldn't play it online, because seriously fuck having people randomly appear just to grief me in that thing.

Type: INTJ Mastermind
Location: Not Sure

id love it if it had no energy thingy, as if it was a dmc, a littlr bit hard, but ... darksouls really disappointed me, its not because its hard, because as my friend...dancer said, i found it boring
Top Extremely excited. Dark Souls with no doubt was the best game that I played in years.

Unfortunatelly I played Dark Souls before Demons Souls and when I tried to play the first one the experience was no so enjoyable. For me it lacks the sense of dispair that the continuation delivers so well executed.

I'm counting the days to create my dual swordsman and die over and over (and over) again.
Top 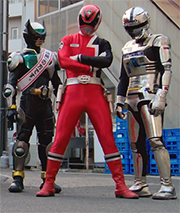 Very excited for the new one!, Just a terrific series of games, Fromsoft keeps improving these ever since KingsField . Not for everyone of course.
Top

I have Demon's Souls myself, and of the little I've played, it's a great game. Very challenging, yet very rewarding. Haven't played a game like it. I'm planning a livestream of Demon's Souls in the near future, too.
Top

Might pick it up. Don't understand all the hype to be honest. First one was hard, but it was artificial difficulty more than anything.
Top

That's something I'd disagree with. People say these games are hard, but the games really should be famous for being well-designed. The more I watch Dark Souls, the more I see the subtle steps that the designers put into the challenges of each encounter.

If you're not too good at the game, each battle will be a harrowing one. But on top of that are situational experiences that make the trek through the world interesting. There are definitely the "gotcha" moments, but you have to just kind of laugh at those. Like the Mimic or the bloody elevator that goes into the spikes.

One thing I really think is amazing is the Duke's Archives. After getting tossed in prison, the player is in this confusing area with two turning staircases. Throughout this encounter, the player is sniped from above by a magician. That guy is a total asshole and the player will undoubtedly loathe him. However, the desire to take that guy will also lead the player to the next part of the area. When the player finally catches up to the channel, he teleports to the other side, forcing the player to turn the staircase into the correct configuration necessary to get to the next area. While people might hate him, he's actually there as a subtle hint to the player for where to go.

Plus the variety of weapons and magic really allow you to play the game the way you want to. Do you want to be a fat guy in heavy armor who uses a big weapon? Or a light guy who does backstabs? You could beat the game with the first weapon you find or naked, in theory. Which is pretty fantastic if you ask me.
http://takkynoko.tumblr.com/ My new blog

DarkraiOfDoom
It's Time for Buster

I enjoyed dark souls but I was kinda iffy when they announced dark souls 2 because I don't really want to see this as a recurring thing... except when that guy that does the speed runs of dark souls was taken on to help with the project and he came out and said that it was easily the best souls game by far. I'm at least interested now but I still feels that sometimes there are games that are good as standalone titles and should stay like that...
List of KR/SS shows I've watched:

I'm more excited about Deep Down than I am Dark Souls.
Top

15 - 20 years ago this game would not be called hard, it would be just another game.

Probably the best feature of the game is that you're not obligate to watch endless cutscenes to start playing. All the lore you can get by talking with NPCs or reading items descriptions. But can enjoy the game without any of that. You can just play the game.

Don't think it's a boring. Griding and upgrade weapons its the mechanic of the other RPG game. I played the first playthrough with no community help and I had fun discovering hidden itens, enemies and enviroments that in others game they delivery to you brainless (seriously, if I'm in a world that I've never been, why that hell a have a map or always found one easily?). I hardly gasp when some unusual thing happens in a game, but when I discovered the passage for the Painted World of Ariamis, man, that was a surprise.
Top

Because Yahtzee loves you, he wrote a guide to teach you to suck less.

The advice is pretty good too. I just wish he mentioned that humanity was also used for getting more healing potions (estus). Which is fairly unintuitive as well.
http://takkynoko.tumblr.com/ My new blog

These were the shields selected by from software to appear in the game. It's really a shame that the Tally Shield was not picked in.