windfall wrote: Not having a second life keeps in line with what happened in the last few episodes of Shinkenger.

I wonder if there will be an SD release for this movie? I can't use Blu-Ray because my player doesn't accept that format. I want to watch it so bad too. I just have a regular player.
Top

Ziko wrote:I wonder if there will be an SD release for this movie? I can't use Blu-Ray because my player doesn't accept that format. I want to watch it so bad too. I just have a regular player.

If you actually looked in the tracker page, you can clearly see that there is a SD version of the movie.
Top

so whats the grandest irony of this release?

my coming off of a 3 day ban for using the Dark ShinkenRed avatar a week before the release. lol. i'm such an idiot.
guess i can use that avatar now after all. oh my...

note to self: check released shows and movies before using avatar because it 'looks cool.'

loved this movie. Shinkenger is probably my 2nd favorite sentai to date and Goseiger really is at 3rd or closer. It was so great seeing how solid this story was as far as continuity is concerned. I think I just get tired of those 'we're coming from another universe/a worm hole opened up/some miraculous event happened to bring us here' situations. It makes total sense to that GoseiRed and ShinkenRed would recognize each other if this takes place after the Gosei series because of the annual changing of the guards at the end of each series. So that might explain a few things if we took it as such. very excited to see the first appearance of the Gokaiger, however their appearance confuses me if they come from space long after a Sentai Hero War. yay loopholes! I'd personally like to see a throwback reference in the future, be it episode or be it movie, that explains how they got back there.

Ziko wrote:I wonder if there will be an SD release for this movie? I can't use Blu-Ray because my player doesn't accept that format. I want to watch it so bad too. I just have a regular player.

If you actually looked in the tracker page, you can clearly see that there is a SD version of the movie.

Sorry, not yet used to looking around for things yet. But I found it. Thanks anyway. I just burned it and will watch now!
Top

I like the line the monster said about the cluster mecha. "What is that monstrosity?!"

LJ Blogger
Do not PM me about DDL links. Please report them here in the correct forum
YES, we know our DDL links are dead! READ THIS.
Top 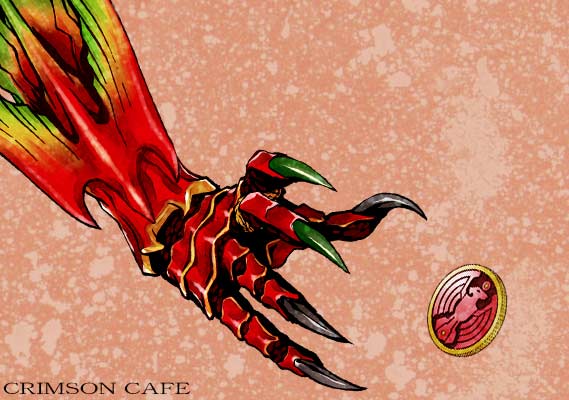 That was a brilliant movie. Some much happened in the first ten minutes that thought it'd be over soon until I checked the time. I really loved how they brought each Shinkenger back into the story, keeping continuity with the end of Shinkenger.

The only problem I had was with playing the file. The HD release won't play in QuickTime X so I wasn't able to enjoy my usual H.264 hardware acceleration. It played fine in VLC but my battery took a larger hit than it usually does.
Top

I enjoyed this movie very much. Thought it was hilarious that DaiGoyou ended up seeing the Gokaiger and Pink/Ahim asking him to keep it a secret. And Green/Doc trying to hide behind Red/Marvelous: silly!

At first, I thought Doukoku actually came back. And when I saw the blue tones of the face when Chiaki came back, I thought, "Oh HELL no! WTF IS HE DOING BACK!? JUST HOW MANY PLANS DOES THIS PAIN IN THE SENTAI-BUTT DOES THIS GUY HAVE?!"

I laughed when Genta was wary about trying the onigiri from Eri. Past experience when their own Pink cooking is a very scary thought, I know.

It was nice to see the OriGami again. I was wanting Kaoru to come to the battlefield as ShinkenRed but having her Mojikara was good enough.

As for Red meeting Red at first, I will have to agree that when Sousuke appeared, he was arrogant, speedy, annoying and himself. But Alata is none of those so Takeru had a chance to collect his thoughts unlike with Sousuke. LOL

and one thing from the Gokaiger series needs to be said here:

Okay I just realized in editing my post last night I guess i deleted it. Seriously I am a "genious". I loved Chiaki's and Ryuus-er shikenblue's attitude towards the goseigers in the begining. If you remeber in the begining of Shinkenger Chiaki had an attitude, and shikenblue was always out to find a reason to boot him. That and they said a lot of things I was already thinking about the gosiegers.

Seeing Alata and Takeru next to each other made me giggling. There was a big differance in body size and masculinity. Shoot Goseigers look like tooth picks period next to Shinkengers.

I liked this movie depsite, the actors for the Goseigers seemed to pick up personality working along with the Shinkengers. Or maybe I was just distracted watching the Shinkenger interaction.

Funniest moments would have to be Alata's reaction to Kaoru, and ShinkenBlue making Alanta bow. (Em I the only one to notice how easy it was for ShikenBlue to wrap one hand around Alata's neck?)
Top

Yeah, they need a new running gag ever since they dropped the curry house last VS. And, MARVELOUS!!!! YOU'RE BREAKING THE FOURTH WALL!! BREAKING IT!!!!!!
Kiva Jyu Fly Ken Tatsulot

Great fight sequences and wire work, like the beginning and Shinkenred's first appearance.

Kotoha asking if she was dead was cute beyond words.

Laughed at Alata's expression giving thumbs up after donning the samurai caps/helmets/whatever they were.

Gedou-Shinkenred was a real bad ass.

Gokaiger scene felt VERY out of place. Just thrown in to promote the next season. I did like what seems to be the "original" roll call poses, especially the collar tug.

You really see the differences in the acting caliber of the Shinkenger cast versus Goseiger.

Nostalgia for me. Seeing the cast and hearing a few of those sweeping scores again. The Shinkengers' over-the-shoulder curtain call during the credits made me sad. If there was one series I'd love to have a second season... but you all know the saying about all good things.
Top

shadowneko003 wrote:I like the line the monster said about the cluster mecha. "What is that monstrosity?!"

If I recall wasn't there a similar situation in Goseiger?
Top

And that's the end of that chapter...kinda awkward how the montage didn't have a visible payoff. Well, the film was decent. I'm not sold on black attack and defenestration cards, but the evil delivery of "oozutsu modo" makes up for it.

They're setting up the next den-o movie.

...Or they had a stargate and the solar flare stuff let them hop through time.

...They're setting up the next den-o movie.
Top
Post Reply
57 posts