So wait, the main Rider this year isn't a girl?!
http://takkynoko.tumblr.com/ My new blog

Oh, this is the one that's played , yeah? Fun times. I'm interested to see how Fourze goes.
Top

Posts: 4975
Joined: Tue Dec 15, 2009 1:47 pm
Male: Yes
Favorite series: Kyoryuger
2nd Favorite Series: W
Quote: "When I first started, I knew everything about nothing and have progressed in the subsequent two decades, realising that now I know practically nothing about everything"

To be honest, I don't know why they didn't go with the typical delinquent highschool shonen archetype sooner.

Hopefully this is better than the promos let on, otherwise it's going to be a looong year.
Top

*Twitch* *Twitch*
Umm.... not sure how to look at this one. It feels like a Shinkenger -> Goseiger bit. I haven't caught up completely with Kamen Rider OOO yet, but what I have been seeing has gotten me excited and I'm really getting into it. Its not quite as high as a Shinkenger, but its pretty good. Fourze is really losing me with that Pompadour and what I get from about his personality in the promo.
People say that the real world isn't black or white, its shades of gray. I prefer to think its a rainbow spectrum, when any color is dark enough, its black, when any color is light enough, its white. Yet, there is a spectrum of cultures and values.
Top

Alright, the second promo. It seems I have to cancel my earlier doubt in the existence of at least one beautiful and gorgeous girl as one of supporting actresses in Fourze. That cheerleader will definitely cut it in Fourze. I believe, based on her physical appearance, she's the rightful successor to Satonaka Erika in OOO. Anyway, who's that douche bag looking guy beside her?? Maybe just a sibling of hers, I believe. Still waiting for their homeroom sensei, though.

Anyway, what's with that stupid looking monsters they have there. Its design lacks something of the previous rider series' monsters. Somehow, it looks similar to sentai monsters.

I know this show is for kids but... this ain't the 80s man! they might as well smoke weed .-. LOL I can imagine that a buzzed out rider xD
Top

Why is it that every time I think the Rider looks dumb the series ends up being great and yet when the I think the Rider looks passable the series hits me as stupid? The whole "I wanna be friends with everyone" thing is just a small variation of being friends with someone since this morning. I normally don't say this but if the series doesn't pan out very quickly based on these promos its going in the same "I don't care anymore" Bin that Den-O is in.
Top

Jesus. I'd love to be able to watch this promo properly, despite flipping between a handful of different players to no effect at all.

Did y'all change how you're encoding things lately? The audio being out of sync for me on blu-ray rips seems to have crossed into HD episodes of OOO the past while, and I'm absolutely dreading trying to watch Fourze now. I don't wanna watch SD Kamen Rider Uchuu Kitaaaaaa.

if your using MPC-HC with CCCP, you might want to try updating both elements to the latest versions 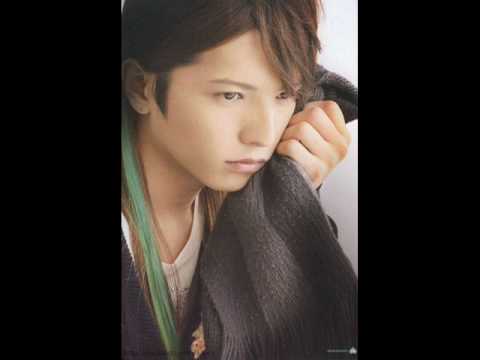 HyperDrake wrote: Anyway, who's that douche bag looking guy beside her?? Maybe just a sibling of hers, I believe. Still waiting for their homeroom sensei, though.

From the character bios posted earlier on here Id say that he is the american football captain, you know how in drama's like these the lead chearleader gets together with the captain.

The actors name is justin something, hes half japanese. Still no non japanese mainish character who isnt an asshole since kuga (looking at you kabuto) and id be willing to bet given that he is the captain/jock that he will be an asshole. it would be nice to be surprised so lets see what you do fourze.


HyperDrake wrote:Anyway, what's with that stupid looking monsters they have there. Its design lacks something of the previous rider series' monsters. Somehow, it looks similar to sentai monsters.


From what I understand the theme of the monsters is still only a few days till we find out.

Edit:
Found a picture of the young cast and who i guess are the main villans of the show. ive put it in spoilers but if its inappropriate please remove it. But yeah even if they have a good idea behind them, it doesnt stop them looking a bit naff.

Oh yeah there is also a pic of more switches and what they create/do but i wana know if i can post them before i put them up or if they would be considered the kind of spoilers that get you banned.
Beneath this mask there is more than flesh, there is an idea and ideas are bulletproof!
Top

After seeing the trailer I am almost sure the creators got mixed up the bag of cocaine with the sugar... yeah their coffee makes them fly in space while while screaming... well the word that got like a whole topic of discussion (yeah dunno whats that about ^^').
But while I am still scratching my head when it comes to, well pretty much everything, it feels like it will be either solid and really hilarious season, or a complete disaster. To tell the truth the OOO designs got me into Kamen Rider in the first place (I have since than seen almost all seasons aside for thous before agito... yeah too much time on my hands xP) , so I have nothing against it being colorful, but even than it gets dangerously close to being sentai, or whatever its called.

The bad guys better be more complex than their design lets on, or this year we will get a school drama full of more ridiculous hair than ankh, (most anime cried when looking at him). Seriously you can kill people with the fourze hero hair alone, no need for any transformation, the protagonist this time probably screams "henshin" while doing his hair. The helmet looks that way because he must use a cement saw to cut this beast down, so it does not even bother and just forms around it while frowning in disapproval.

Ok all the jokes aside I have no idea what it will be really like, most kamen rider takes 10 episodes to really get started with the exception of maybe the 555 so we have no choice, but wait.

Oh and hello just registered been following the forums for some time good day to you all (or night) and english is not my primary language so don't be afraid to correct me.
Top

As a matter of fact, that could make a semi nice translation for Fourze's signature phrase
Top

He needs hair extensions. You need a really thick head of hair to style a pompadour or it will look like a comb over.
Top
Post Reply
38 posts