Actually, a pretty good episode. Champ returns in top form. The stuff with Stinger and his brother is finally over. All that was good.

Didn't care for Mr. Legend. Bear with me, because this will sound like me being repetitive, but if you keep making the same mistake over and over~

Phoenix Saint has a cool design. Everything about the way he looks is great. It's like MagiRed and Wolzard had a baby. But do we need another character? And especially, do we need another comedy relief character? Are we actually opposed to having serious characters in this show? They all can't be comedic characters, KyuuRangers, and your name gets more ridiculous with each episode.

Fire: Good for resurrections, hair cuts, and getting rid of pesky shirts.

4/5 stars I actually stopped the youtube video I was watching to pay attention to stuff this week.

New guy seems like an arrogant douche. That might explain why he was locked in cold sleep for emergencies. None of the previous Kyuurangers wanted to deal with him unless it was absolutely necessary. Now that the threat is over, they should shove him back into that coffin.
Top

Yuki-sama, while your performance was alright for the most part, you couldn't hold a candle to your friend, Kei Hosogai, when it comes to being a Sentai villain. Farewell for now, hope you can jump to another project that doesn't suck. Eri-Nyan, I preferred your third personality with your very first personality as a guilty pleasure. If you still want a villain role that works like Han Juri, get to Kakegurui or the upcoming, 3rd GARO anime.

Great that Champ returned and Stinger going for the heartfelt "Partner!" path. Good for them.

You're no legend, Sir Phoenix. You're not in a business suit, you did not go to that brothel in Texas. Hell, you're not even typing on an old CRT computer about how you killed Eri-Nyan...

Halfway score. I did like Sir Phoenix.
Introducing Keisuke Watanabe to a notable voice actor of Freeza & a TTRPG player/actress is likely my crowning achievement in 2020.
Top

This series is so weak in its writing that I bet that Don Armage is Orion, the previous savior mentioned by the Planet Keel sprite and namesake of the Orion-gou.

I wonder if Houou Soldier will replace Lucky, since they're both reds
http://takkynoko.tumblr.com/ My new blog

So the Argo Ship is not a giant robot.

The "6th Ranger" (so to speak) debut episode, but unlike previous series, I don't feel excited or look forward to more of him at all.

That is totally MagiRed's helmet.

Not even Barney Stinson says "Legendary" this much...
Top

Hate to be the bringer of dirty news, but where's the seed at?
Top

Gallus Faberge wrote:Hate to be the bringer of dirty news, but where's the seed at?

Gallus Faberge wrote:Hate to be the bringer of dirty news, but where's the seed at?

yay Champ's back, I like that Metal Gear reference
Scorpio is dead, what is it with Kyuranger killing off generals so easily since Jark Matter is now down 4 generals
And Houou Soldier, is he going for the punch in the face treatment I should give lucky since he's boasting how legendary, sure the dude is powerful but come on man we get it so shut up. I hope this guy gets some character development. Plus when can I get a flaming haircut that turns me from a sasquatch to a dude with nicely combed hair.
Currently Watching
Super Sentai: Kiramager
Kamen Rider: Zero One
Ultraman: R/B

Like Lunagel, My first thought was "Barney Stinson called; He wants his catchphrase back."
Top

so i dont think he was hairy himself, i think he was wearing fur like what youd expect from an ancient solider/warrior.
got a megasilver/shinkengold vibe from him just from the entrance, but wonder how long his power will last? Starninger and TheWorld were strong at first but blended in soon after.

if you look more closely at his helmet and neck piece his helmet is a kyuutama. nice that he had stars all over his body. is he red?
when he was walking away i couldnt help but think his shield and sword together weighed more than he did soaking sopping wet. i almost got the feeling he was holding in his "sake belly" and flaring his traps to seem muscualr/bigger/stronger? or maybe just me.

nice of scorpio to drain away the death poison before dying. or curing it or something. nice touch but "SEEM"ingly corny that people of the scorpius constellation enjoy needle work. and i guess they ran out of weapon idea as Kotarou and Sting both use spear mode ... oh no thats because they are brothers now

lastly, perhaps a saint seiya nod but perhaps not ....
it was said in the beginning of the series that the Kyuurangers were strongest when they were together so they had to flee until all nine were assembled. SO if they are defeating generals quickly, it makes some some "7th sense" that they can pull off miracles when together and the greater their numbers, meaning when all 9 are together, there isnt anything that they cant achieve. very sentai team oriented. so here we saw 3 having a time defeating Scorpio. then 4 were able to do it. make sense?
I work too much ....
https://www.facebook.com/ThisGeekLife
https://twitter.com/Samuraibirru
Check out my gaming vids!
Top

Enter the "Sixth" Ranger: Houou Soldier
(Honestly for me, he's really a Sixth Ranger to me just like TimeFire who's also Red)
Top

...I didn't like this one. The episode felt all over the place more than even I think is really acceptable, or even normal for this sentai by this point. You had Stinger's 'Aniki' Arc with scorpio come to a close, going directly into the full realization of the 'argo search', going right into the 'Legendary Sixth (technically 12th) ranger', going right into Stinger's mourning over his brother right into Champ's return celebration...it just felt too disjointed and like a massive case of whip lash every which way. It felt more like they were finally tired of dragging out these separate pieces and just decided 'let's close them all up at once' and move into the next act clean-ish.

Now...I LIKED that they brought Champ back straight out and didn't, least not that we can tell, follow through on all the talk that Champ might not be the same Champ. He straight up called out Stinger on the 'aibou' thing which to me is clue enough that until something comes up to prove otherwise, he is back and good as ever. And as TIRED as I am of Lucky, as is most everyone else it seems, I kinda liked 'Mr. Legend' in a weird way even if it was kinda annoying how the only thing ANYBODY did after he appeared was talk about how amazing and strong he was. While he demonstrated it taking on that whole fleet single-handedly in pure ranger form instead of in a mech, it was pretty awesome, and I feel similarly to Ucchi from Kyoryuugers we can have some fun with some culture shock perhaps depending upon just how long he's actually been asleep. I have hopes for him but am keeping my actual expectations low for now.

I sincerely hope Madako is FINALLY dead for reals and is just a pile of steamed octopus now and isn't coming back again. I've honestly had enough of her.

So at the end of it, 3/5. I am glad Champ's back and as annoyed as I am with the whiplash and how this episode feels overstuffed with them trying to tie off everything, it feels relatively clean so they can at least move into the next arc without too many things dragging/carrying over into things now that the 'legendary' sixth has appeared. I also like that we have an answer for those adorable plushies now...I kinda had a feeling though. I mean what? Did everyone seriously think Stinger was just sitting on that bench moping 24/7 waiting for Champ to wake up? People can have hobbies!
Top

midorininger wrote:so i dont think he was hairy himself, i think he was wearing fur like what youd expect from an ancient solider/warrior.

I was thinking that too but then you've got the long hair and the suit clearly goes up to his fingers in an attempt to show hairy fingers. They were going for a "ridiculously hairy man just awakened from a thousand year sleep" but what they got was knockoff bigfoot costume.


when he was walking away i couldnt help but think his shield and sword together weighed more than he did soaking sopping wet. i almost got the feeling he was holding in his "sake belly" and flaring his traps to seem muscualr/bigger/stronger? or maybe just me. 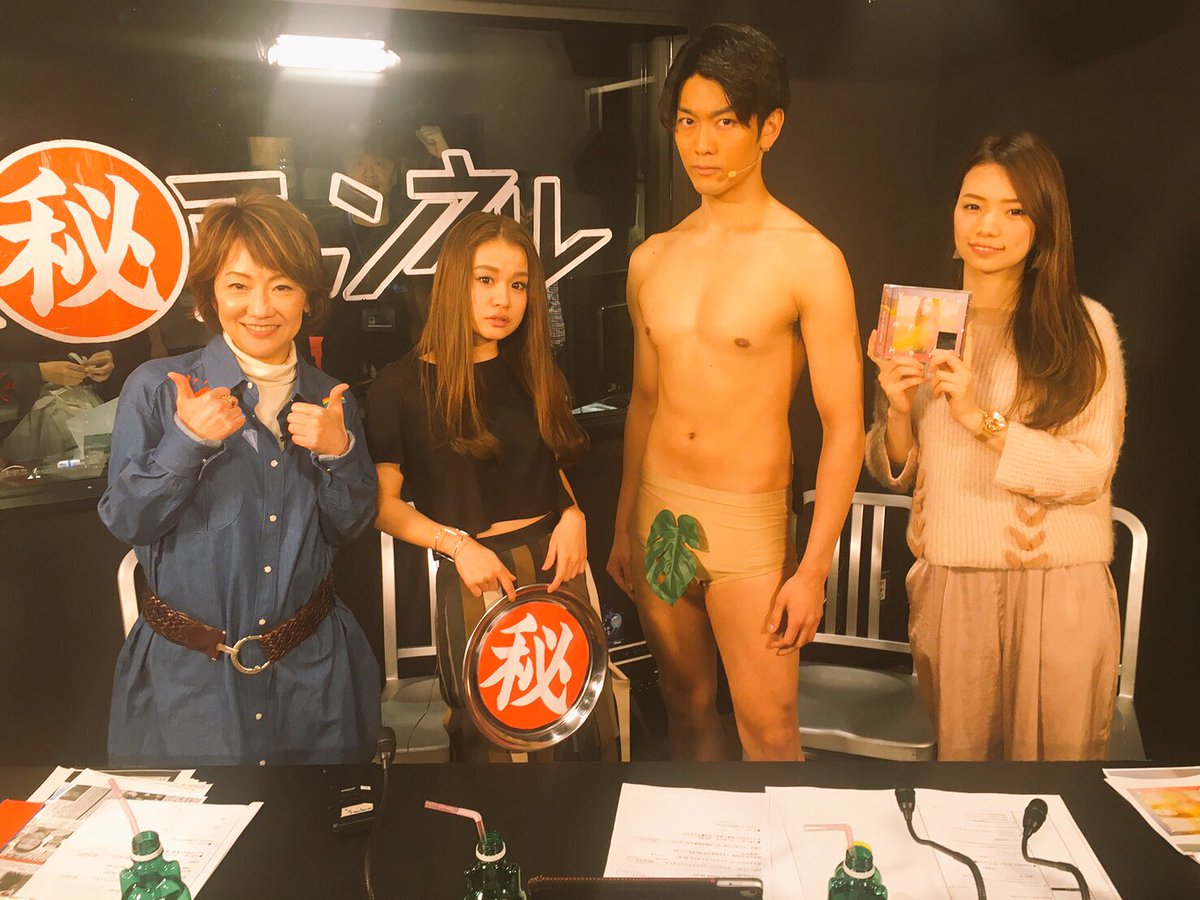 That is not a man who has to hold in his beer gut.
Top
Post Reply
27 posts