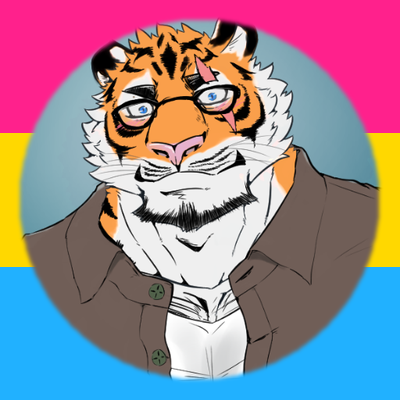 Gaon: “We gotta save Kaito from being a sushi any longer c’mon people let’s goooooooo!”

He never even mentions Juran. Such sad. He pretends he does not see. Oof. Hell, he even gives Magine and Vroon attention. THEM. Juran could be drowning and Gaon wouldn’t even know lmao
LIVIN' IT LARRRRGE, BABY!
Top

I think there's something with your post, Take. Also, was the CM video supposed to cut off at the end like that?
Top

Oh, I write a filler post before watching the episode to get things ready. Then I typically fill it in before posting. I didn't write any notes this time. It was a fun episode, but didn't really leave much of an impression

So instead, I'll leave you with this. Doesn't Zenkaiger feel like the Den-O of sentai?
http://takkynoko.tumblr.com/ My new blog

To me, it's felt like that since I saw the first pictures of the show (not that that's a bad thing, mind you).
Top

This had the setup to be the best episode of the series yet. But unfortunately it kind of drops the ball as it goes along.

Zenkaiger isn't a serious Sentai, and I don't expect it to be. None the less, after 4 episodes of hijinks it was nice to have an episode with some real gravitas to it. And not just for purposes of advancing the plot, but also to have the characters a bit more subdued.

The only problem is that they then pulled a 180 at breakneck speeds in order to give us a sushi monster, complete with wrapping people up in black plastic. Going from one extreme to the other in such short order really undermines what they were doing not 5 minutes earlier.

This whole series increasingly feels like a live action cartoon. And not because of the fantastic elements (that is after all, what makes toku toku), but because everything is so after turned up to 11. Exaggerated personalities, exaggerated gags, exaggerated costuming, exaggerated use of CGI (which is just 3D animation), etc. To be sure, it has the heart of a Sentai, but that alone is not enough to make it a good Sentai.

Credit to the crew at least for going light on the CGI this week. Pretty much all of the action was physical and shot on location rather than in front of a green screen. Those clunky suits are definitely a limitation, but they're at least trying.

Absolutely. But while Den-O made it work because the Imagin were supporting characters, Zenkaiger has to make them work as main characters, which means they're always going to be front and center.
Top

I will still stick with my initial impression of Satire Sentai Zenkaiger. We have a underlying plotline at least.

Next week's episode promises to be... garbage?
Something happening on a show turns into a board comment.
Top

Posts: 1285
Joined: Wed Dec 03, 2008 11:55 pm
Favorite series: Go-Busters and Gaim
2nd Favorite Series: Gekiranger and Ryuki
Dreamy: Hinata Hyuga
Favorite Actor?: Mizuki Nana
Alignment: Chaotic Good
My boom: Touhou Project
Quote: "Before you criticize someone, you should walk a mile in their shoes. That way, when you criticize them, you're a mile away from them and you have their shoes." -Jack Handy
Type: INFP Healer
Location: Aperture Science Enrichment Center.

first episode with the full team already assembled, so we get more of a look at what the show will be like from here on. I like it.

also, Take, I think what was "wrong" with your initial post is "Last Kiramager's rating"
Top

Ooh1 Got it. I'll fix it right away. Thanks
http://takkynoko.tumblr.com/ My new blog

Only 45 more episodes to go. let's get them out of the way

Don't recognize him, though that just be 'cause I'm not well-versed with actors and VAs/"seiyuus".
Top

I also thought that at first glace but oh well!!! Yet another super wacky episode and I agree with this being the Den-O of Sentai even though I haven't fully watched the former...but I have seen enough to know it's true. Considering how Kiramager was similar in tone for most of it, I have a feeling they did that as a test to see how people would respond to the change in tone.