All that exists in my heart is cholesterol...
Post Reply
9 posts • Page 1 of 1

Placeholder thread, since I haven't seen this week's Revice yet

I did catch up on The Boys though. Man, what a crazy show
http://takkynoko.tumblr.com/ My new blog 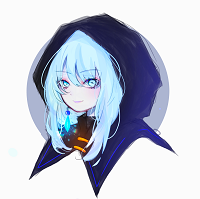 Zimrence
Whoa. Neo is an anagram of One. Whoa

Since there is no Kagero to balance Daiji's light, no wonder the dude got so angry when Ikki and the gang kept making Giff furious. The gang interferes when Dai-chan is doing his "justice" after all. And he is one of the few people who had seen Giff's power. Don't need to ask the little brother twice, as he thinks the only way for humanity to survive is to submit to Giff. What Ikki and others are doing is just making the big bad boss angry, and Daiji knows that without some kind of miracle, they cannot beat him. Again, no wonder Daiji is angry.

Man, I love Akaishi. He is trying his best to treat Daiji like his actual son. I wonder if he lost his family to Giff back then? But no matter how he tried to look sincere, his action looks... questionable. Even Daiji was freaked out by it.
Top

I'm always surprised by the size of Ikki's Happy Spa shirt collection. Has anyone actually counted the number of unique designs there are?

I found Akaishi's doting father persona quite funny. Daiji's must be internally screaming at this unexpected development. Papa Genta finally getting upset at this turn of events is so dumb.

George was pretty mean, shutting the Driver case when Tamaki asked to be a Kamen Rider.

We get it Hana, you're in lesbians with Sakura.
Top

>I'm always surprised by the size of Ikki's Happy Spa shirt collection. Has anyone actually counted the number of unique designs there are?

How many of them are on sale at P Bandai?

Hi Hiromi. Are you going to do anything this episode?

Mass produced Riders are always the worst. In a series where the most important thing is the strong personalities of the heroes, diluting that by taking away from what makes them special is always a bad idea

Remember when Sakura's boy was just a weird karate guy who we didn't know what his deal was?

lol, Revice can just gather all the small fry monster and b low them up? Seems a bit op

"Oh shit, we can't talk about these characters if they're not here. Quick, someone give them a name"

It's not that I can't go empty headed to enjoy a show, but Revice has nothing interesting going on with their characters...

Ugh. So Akaishi goes from an overpowered monster that wipes out a platoon to getting beaten up with melee from Ikki. And this is all terrible dialogue

What? Akaishi escaped the death blow by just ducking? Stupid

Why are Revice just watching Vail while Akaishi walks away. Stupid

Oh, Masumi is getting a Rider form too? So what I said earlier about it not being special if everyone can be a Rider? This is the worst

Remember how they teased Hiromi leading the Demons squadron? Did we see any of that?

Hana reminding us that she cares about Sakura was at least a nice moment because at least there's one relationship in this story that actually works
http://takkynoko.tumblr.com/ My new blog

Is it really stupid or rather clever? I'm surprised that we don't see more of this. I would admit that Akaishi lucked into avoiding the deathblow by ducking but still why would enemies just stand there and take it. I wouldn't like seeing simple ducks or dives to a side all the time but once a while can be good.

Is it really stupid or rather clever? I'm surprised that we don't see more of this. I would admit that Akaishi lucked into avoiding the deathblow by ducking but still why would enemies just stand there and take it. I wouldn't like seeing simple ducks or dives to a side all the time but once a while can be good.

If this were DonBrothers, the tone might fit there. But this is serious drama where brother fights brother for the soul of humanity and semiregulars can die at any time. It's just tonally jarring for the big bad to buster keaton his way out of dying
http://takkynoko.tumblr.com/ My new blog

Maybe they got the two series with Den-O elements mixed up.
Top

Right before he ducked there was a brief drippy scene then a color wash put over the whole fight. Both were blood-red, the color we've been shown associated with Giff.

So I think the implication is that Giff interfered a little. But Akaishi's reactions indicated he wasn't expecting the assist.

It looked like there was a time stop; one just long enough to allow Akaishi to duck the finisher.
Or, since they're using the Giffard ViStamp, which is "powered by Giff cells", Giff might have been able to take control of those cells and briefly hold them for that split second.


Or, I could be putting more thought into this than the writers.
Top

wow. that was really good episode. They could ended the entire series right there, like i knew they weren't we got at least like 10 more eps, but damn that's how you end a plot line.