For all those one shots and other miscellany!
Forum rules
Wiki Link
Post Reply
7 posts • Page 1 of 1

Oh hey, the text is back

LOL Tadano, walking in on such a big conversation

God it's all so dramatic... It's like the beach scene. Everything is just so paintfully dramatic unnecessarily

/me looks at the other maids. Do we know these classmates?

I'm not totally sure why they introduced Naruse. It feels like they really don't have that much for him to do

I wonder who the first customer is. He sure looks like an otaku

Oh Najimi is in this episode too. I wonder if there are any other regulars. Edit: Nope. All those other friends that Komi made which would have made sense to show up at the end, to show her progress through the series, don't show up

Glad to see Komi is speaking more easily by the end

How did people find the series? I thought it was wildly disappointing personally. There's no way to predict how a series will turn out when we pick it up (bar waiting until the series is over to start), but I was hoping this would be a decent adaptation of the manga. Instead, this series is an aching heartbleed late night drama. And I wasn't really here for that. Hopefully some of you guys were and enjoyed it

Edit:
I guess I never thought about it before, but do regular people just come off the street to visit high schools? So like you could get a high schooler to serve you at a maid cafe?
http://takkynoko.tumblr.com/ My new blog

Comparisons to the manga

So I happened across volume 5, which is the maid cafe equivalent. Totally different story:

-First major change is the drama takes away a lot of Komi's agency. Tadano fixes all her problems for her
-In the manga, Komi chooses to do the maid cafe knowing what it is. She's not ignorant in the manga
-In the manga, she does sit in a chair, but that's because they revere her as a goddess. It's not to shove her to the side. In the end, Komi leaves the chair to help a couple classmates go shopping.
-In the manga, there's a character who's the maid cafe expert who visits the culture festival one to judge it. But of course, Komi amazes him and takes him down a peg
-Tadano ends up in a maid outfit too, but here, he's forced to serve Komi's domineering mom and lone wolf little brother
-Najimi also joins in the maid cafe fun in the manga! And since Najimi is actually a fun character in the book, Najimi does a lot of fun schemes and pranks

Anyway, the maid cafe arc in volume 5 of the manga takes up maybe half of the book, is much funnier, and almost none of it appears in the drama, instead being replaced with cliche drama stuff. There is some Tadano/Komi will they/won't they relationship stuff, but it's played for laughs

Also the valentine's day stuff is lifted from the manga too
http://takkynoko.tumblr.com/ My new blog

Cultural festivals are technically open to the public but it's still mostly like families and bored grandmas and such.

Well, the show wasn't horrible, but it wasn't anything special either. All the charm I assume the manga has just got pushed over for a routine, fairly dull high school drama. There's nothing here that hasn't been done in a different show and done better. Is the anime any better? I hope it's better, cause this was disappointing after a strong start.

From a production/broadcast view, it's pretty obvious that this was done on a budget mostly to fill up airtime. First off, its timeslot was Monday at 10:45 PM. That's a shit time for just about anything, let alone a drama about high school. Episode 5 was shifted to a different timeslot and episode 8 was delayed a whole week. These are not signs of a show the network has confidence in.
Top

Basing on the first 3 episodes of the anime, I feel like they couldn't properly adapt the source material without looking too fake.

I was watching the first episode of the anime with a couple friends which one of them has read the manga and mentions how the school was filled with a variety of personalities. I was thinking that should have been a point in the drama but wasn't. I guess they didn't want a random guy that was a ninja in the drama. Or how they downplay the student body's overall hate of Tadano for being around Komi .

I like the live action but I can totally understand why people who read the manga or even watch the anime that's the live action is subpar. The anime so far is better in my opinion.

Tadano does get a little bit of flack in one episode, but the writer kind of forgot about it as they were constantly chucking out the source material. I'll have to reread the manga, I don't remember a ninja? Most of the characters that regularly appear are iconoclasts of sorts, but that's what made it fun?

It's good to hear the anime is better
http://takkynoko.tumblr.com/ My new blog

I do remember Tadano in the drama getting nasty looks from the rest of the class because his closeness to Komi but that was only in one episode like you said. Another thing is that drama created original characters like Manbagi and ignore much of the original source material's cast of characters. 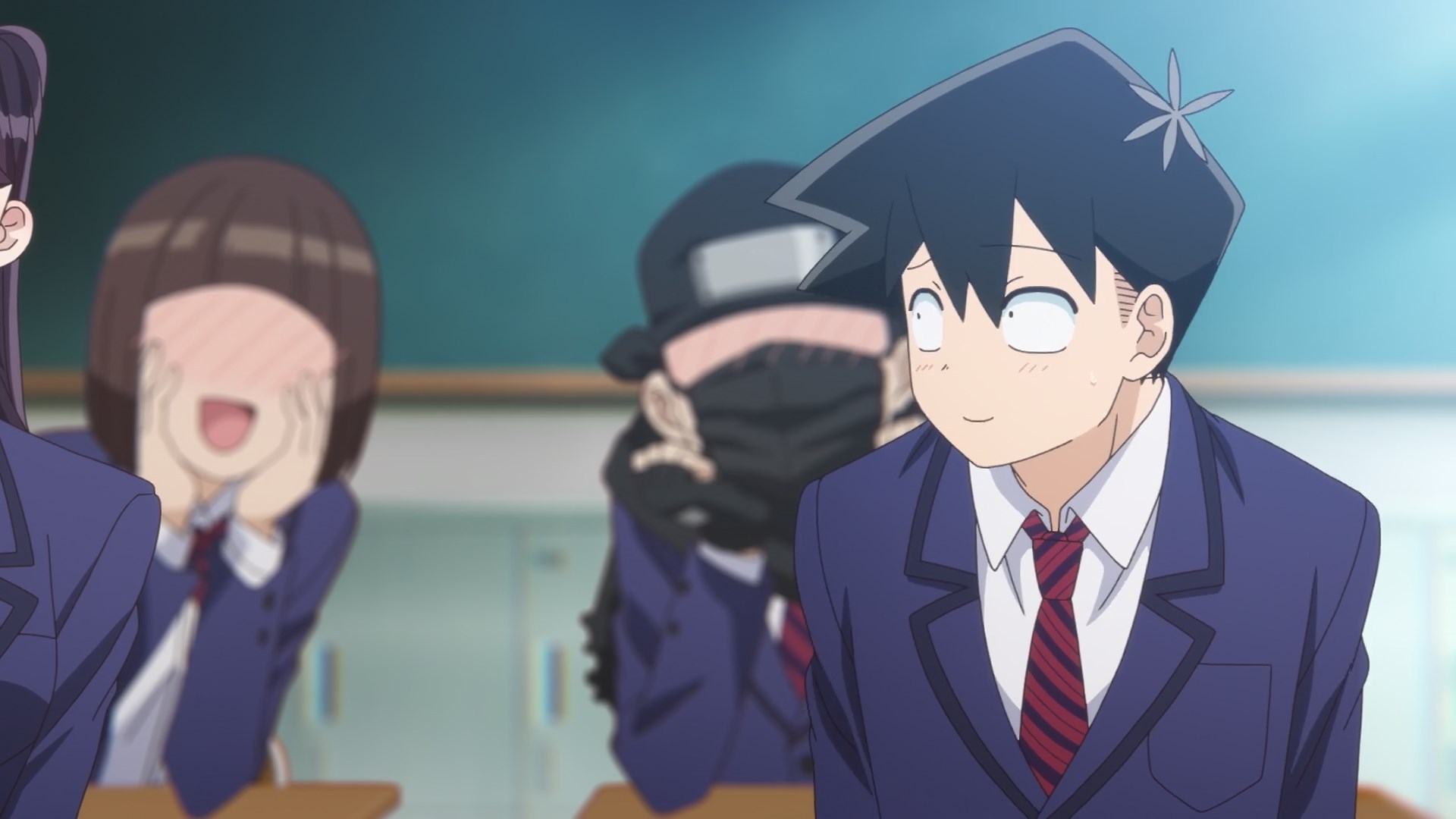 Phoenix512 wrote: ↑Thu Nov 11, 2021 6:16 am I do remember Tadano in the drama getting nasty looks from the rest of the class because his closeness to Komi but that was only in one episode like you said. Another thing is that drama created original characters like Manbagi and ignore much of the original source material's cast of characters.

Oh right the ninja guy. Manbagi isn't an original character, she's from the manga, but very late in. That's why the drama feels like the scriptwriter took the last few books and decided to do the live action off the cliff notes
http://takkynoko.tumblr.com/ My new blog