LOL at comic. And an interesting episode at that, trying to humanize GoseiKnight. I wonder what will happen next. Not to mention some touching GoseKnight and Nozomu moments. Oh and not to mention surprised when GoseiWonder appeared to help Alata and co. out. It is truly a wondrous occasion. [snip]
Last edited by XIII on Tue Nov 16, 2010 11:23 am, edited 4 times in total.
Reason: No talking about next eps, 1 week ban
Top

This episode really made me shake my head in amazement that Nozomu turned out to be such a level-headed, responsible young man with parents like his. It seems like a very happy home, but just a little unreliable, I guess?

And why does Nozomu call his mother by her first name?
Top

Random appearance of new mecha leads me to believe it is the movie one making its token appearance in the series.

Also, the bomb seems kind of superfluous. Why build her again with a bomb if she failed the first time and blew up anyway?
Last edited by XIII on Tue Nov 16, 2010 11:25 am, edited 2 times in total.
Reason: No talking about previews
Top

Anyone else think up til now Professor Amachi was a widower, that was always the feeling I got.
Top

I just assumed that Nozomu was adopted or something. The thought of Amachi ever having a wife never even occurred to me

It is weird that Nozomu calls his mom by her first name, but it sort of shows the distance between them. Like she's such a stranger, that this sort of thing is okay
http://takkynoko.tumblr.com/ My new blog

I had a feeling Alice was just gonna get rebuilt when she blew up. I don't get why he kept her alive. He just needed the fight data. Destroy her after that... Alice's weapon was really similar to engineoh's go-on sword.
Top Just let me know, when and/or where GoseiKnight learned to read, since he(or it) is just Headder, by time evolved into abilities change into human form. 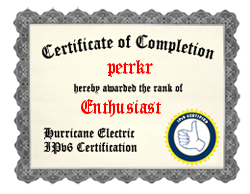 He has to know how to read. He uses cards with text...
Top

It has been mentioned before that Amachi has a wife in episode 28 when Nozumu broke the wine glass from the wedding. I also did get the impression that his wife was dead already but it's another case of misdirection like way back in episode 6 with the farmer was implying that his wife was dead but wasn't. As for Metal Alice, I'm glad that she didn't completely bit the scrap heap yet. She will have another epic battle with GoseiKnight at the end.

Also, why hasn't no one brought this point yet? How will GoseiKnight play those DVDs that Hyde gave him? I can't imagine him owing a DVD player much less finding a place to play them.

i thought that gattai will appear only on movie, glad to see them on this episode
KAMEN RIDER OOO loves Reggae and Jamaica

Maybe the Leon Ceular can read the DVD's, lol.
Top

[cg]sasuke wrote:i thought that gattai will appear only on movie, glad to see them on this episode

Judging from the two Sentai series I've seen before this, it seems like there will always be one episode where the "movie" mecha show up in the TV series. They had the Samurai World engines show up in Go-Onger for an episode, and they used the Kyoryu disc in an episode of Shinkenger. I'm sure someone more Sentai-savvy than me can say if this held true for series before Go-Onger.

I'm not exactly sure how/why Nozomu was able to cause the GoseiWonder cards to appear, but maybe that's explained in the movie. Not a bad episode though. The part where they were like "We've still got 12 seconds, plenty of time!" and Metal Alice detonates the bomb and says "The timer was just for show" was pretty amazing.

Dekaranger is the last series that I know of that the movie mecha formation didn't appear in the regular series. Since Magiranger on, the movie mecha at least made one appearance.

PHurricane wrote:And why does Nozomu call his mother by her first name?

More importantly, why does she call Professor Amachi by his last name? Wouldn't it be her name too?
Top
Post Reply
26 posts