For all those one shots and other miscellany!
Forum rules
Wiki Link
Post Reply
3 posts • Page 1 of 1

The detective at the beginning keeps pointing at the needles in such an unsafe manner.
Miyuki must be a professional at getting kidnapped by now.
Overall my favorite Kindaichi episode ever. This case is pretty crazy.
Top 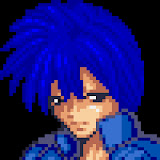 The young culprit's identity seemed pretty obvious to me due to the blatant evasiveness, but overall, I don't think I saw through any of the tricks.
Top

Why does Kindaichi look different in this?

Suddenly the scooby gang are kidnapped by gaijin

Why isn't Hajime like "Look, there's a creepy murder clown over there!"

Are we not going to talk about why Lee kidnapped the three kids instead of just talking to them like a human being? How did that clown even know where to show up?

Where the fuck is this camp? The middle of the amazon? Aren't they just going to study???

Why's that teacher wearing a freaky mask? What's wrong with this series?

That teacher aimed his rifle at a student!

Is this Kindaichi's Batman origin? Why are there so many bats?

I thought it was silly that it was called Prison Gate, but there's actual prison bars

They're continuing with the lessons even though people have gone missing??

Damn, that's a lot of dead students all at once

Damn that teacher pointed his rifle at Kindaichi again

Another evil architect. Lol at the trick that they're at the same lodge. That's a neat little twist

Shoot him in the face

He got away because you didn't shoot him in the face

This Kindaichi is so much better than the fifth one. I thought this movie was kind of unnecessarily long, but overall enjoyed it. As usual, not really sure why Kindaichi is catching these killers since these two probably had good reason for doing their crimes. Was pretty frustrating with the way the Puppeteer escaped, since Lee had multiple chances to just shoot the guy and end it
http://takkynoko.tumblr.com/ My new blog