Crunchyroll link here. Sorry mods if this is in the wrong place, move if you gotta.

This caught me by surprise and is getting me to want to watch Kamen Rider W, lol. I figure I'd dump it here for those that have a CR subscription and maybe start a discussion..What do folks think of it?

That was...competent. Like, the episode's fine, but the complete lack of the original cast or any of the original music is really off-putting. Plus how it really seems like Double is barely gonna be appearing.

It was better than I expected but I expect that initial honeymoon period to die off. Seriously, would it have killed them to hire Renn Kiriyama? Hell, Akiko and Ryu are in Revice, so "they can't get them" doesn't fly. Whoever's voicing Akiko is trying way too hard to be hyperactive.

They did a decent job recreating sets though. But yeah...this seems like it's gonna be trying its hardest to not be a Kamen Rider show.
Seen:
Super Sentai: Zyuranger onwards
Kamen Rider: Ichigou-Skyrider, and all the Heisei/Reiwa series except the American shows.
Precure: DokiDoki-Go Pri
Metal Heroes: Gavan
Other: Spiderman

Electrix
There are five lights!

HowlingSnail wrote: ↑Mon Aug 01, 2022 11:08 am That was...competent. Like, the episode's fine, but the complete lack of the original cast or any of the original music is really off-putting. Plus how it really seems like Double is barely gonna be appearing.

It was better than I expected but I expect that initial honeymoon period to die off. Seriously, would it have killed them to hire Renn Kiriyama? Hell, Akiko and Ryu are in Revice, so "they can't get them" doesn't fly. Whoever's voicing Akiko is trying way too hard to be hyperactive.

They did a decent job recreating sets though. But yeah...this seems like it's gonna be trying its hardest to not be a Kamen Rider show.

I'm not expecting any of the original cast to come back as being a good actor doesn't make you a good voice actor. The most I'll expect is a voice cameo role. Music-wise, I'd rather they do something W-esque like "Over Again" for Memory of Heroez.

All that being said, I quite liked it. I've kept away from any info about this so I know nothing going in. If it wasn't for , I wouldn't have even known it was set after W. I am silently scared however as they are skipping 40+ episodes of development as it looks like they're assuming "you've seen KR W already so we don't gotta explain anything". But I'll need to see 2 more episodes so that I can form a better opinion.
Top

Oh hoo boy. First transformation. I've seen the first two W epis since I got curious so yeah. So what do you guys think now? The transformation didn't happen until the end of the episode.

I bet for those that have watched more W than me, the "Now count up your sins!" brought some shivers up you guys's spines..But yeah that slaps.

Also we had le partner (I REALLY gotta watch more W) do a memory search. Was true to the eps I've seen and I mean to keep looking up and d/ling W since I don't know where to watch all but the first two epis legally..

I've finally had a chance to catch the first two episodes. While this doesn't quite fill the W-shaped hole in my heart, it's certainly very entertaining.

It's clear from early-on that this is meant to be a faithful interpretation/continuation of Kamen Rider W. While there are some changes, so far the anime has properly captured the atmosphere of the original series. It has all of Phillip's neurosis and Shoutarou's attempts to hide his half-boiled interior, all in a breezy package full of other character appearances from the original series. It's a shame they won't/can't use the original music, so everything needs to be original or a sound-alike, but I appreciate that they're using the series' sound effects. And getting back the guy who voices the memories and the recaps really clinches things.

The voice actors for Sho and Phillip are close enough to the originals that, while they're not exactly perfect matches, it's close enough for my ears. I can't say the same for Akiko's VA though; she just sounds too old.

I do wish they had held off on the OP for one more episode, though. I like it, but it spoils the identity of the Road dopant by making it clear Tokime isn't the perp - and more than that is actually a member of the main cast for this series. That's a reveal that would have been better served for episode 3, IMHO. In the meantime, I suppose I'll be watching her addition with a careful eye; adding new characters to an adaptation of an existing IP can sometimes throw the character dynamics off balance (in a bad way), so hopefully that doesn't happen here.

And man, things are a lot, er jigglier than I remember them being in W! I'd say something about skin, but this is based on a series that gave us man-ass in episode 2.

I'd be curious to hear what the TV-N staff thinks of the official translation for the anime, since they did the original series. Are Toei's translators doing a good job with the material?

(As an aside, I'm shocked they didn't have Shout do an official W release in North America ahead of this series. Granted, it's just an anime getting a Crunchyroll subbed release, but if there ever was a time to put out an official W set, now is it)
Last edited by ViRGE on Mon Aug 08, 2022 8:26 pm, edited 1 time in total.
Top

Posts: 1186
Joined: Wed Dec 03, 2008 11:55 pm
Favorite series: Go-Busters and Gaim
2nd Favorite Series: Gekiranger and Ryuki
Dreamy: Hinata Hyuga
Favorite Actor?: Mizuki Nana
Alignment: Chaotic Good
My boom: Touhou Project
Quote: "Before you criticize someone, you should walk a mile in their shoes. That way, when you criticize them, you're a mile away from them and you have their shoes." -Jack Handy
Type: INFP Healer
Location: Aperture Science Enrichment Center.

these first two episodes were fun, and I'm excited to see where we go from here.

on the topic of Shotaro and Phillip's VAs, iirc they're the same ones they used for one of the recent video games.
Top 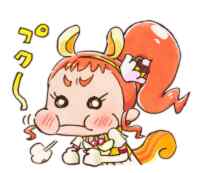 Rider Cure Man
It's not even funny

If you don't wanna deal with CR

Episodes of Fuuto Pi are also on Muse Asia on Youtube (https://www.youtube.com/c/MuseAsia/videos)

You will need a VPN and connect to Indonesia, Laos, Malaysia, Myanmar, Philippines, Singapore, Thailand or Vietnam

I loved seeing Queen and Elizabeth, Santa-chan, Watcherman, And Makura and Jin again even Shotrao taking a break at Fumen is an amazing touch

Even Lily and her Grandfather appeared

The Hardboiler scenes are cool and fast how does Shotaro's hat stay in place?


The Second Episode I don't have much say about

It was real cool to see the relationship catch up board

Shotaro got into fight with Philip in Ep.2 again just the in 2009

What's with most Anime ED nowadays needing to be Dancing, was this Chika's fault?
Last edited by DaVinci030 on Sat Aug 13, 2022 11:03 pm, edited 1 time in total.
Reason: added time zone for consistency
''Please return that button to God'' - Keisuke Nago 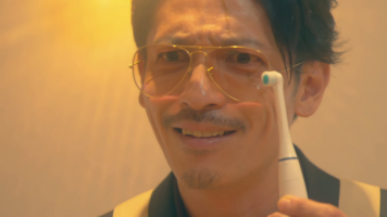 As for CR, they seem to be uploading at the same time or nearly, I usually see it when I come home from church on Sunday. But I can understand not wanting to deal with CR; I'm just lucky enough to have access to a paid subscription that a brother I live with pays for (which is the best way to watch this I think, but I'm biased); On the other paw, some hate CR or Crunchyroll doesn't have the selection they want in their country. ^^ So it's good to have a alternative.

I'm just a believer in if you like something, pay for it. ^^

I'm enjoying this. While i am sad that they didn't get the original voice actors I am quite okay with that since we get to continue in the W World. I personally believe a character should be able to be recast when it comes to anime just so that the series can continue on if something horrible were to happen.

I hope they bring new music inspired by W that would be coool.

but for now the only thing missing is well, Proper Subs, cause to me Subtitling for W was an Artform that highly compliment my experince through that world.

/me moved all posts to this thread

To put it simply, this whole arc is a case about T-junction roads or something.

Oh I forgot to mention they animated the Begins Night scene at the very beginning of the anime.


What do you think of this case/arc?

Well I'll be dipped: a new recording of WBX. That's certainly one way to get around restrictions on using original songs.

That W fight was also very well done. Luna in particular was always a memory that was hard to make good use of in live action, so it's neat to see it being used more proactively here. Animation is not toku, but this series is very much keeping the spirit of toku alive if that fight is indicative of what else to expect.

And poor Shoutaro. He really is living the film noir life.

Edit: Oh, and I forgot to mention: Crunchyroll is adding color shadows to the subtitles for W's different modes. I think you guys maybe, perhaps, were an inspiration there

(This was actually in episode 2, as well. But I'm so used to seeing it in TVN encodes that it didn't even register as unusual the first time)
Top

ViRGE wrote: ↑Sun Aug 14, 2022 4:19 pm
Edit: Oh, and I forgot to mention: Crunchyroll is adding color shadows to the subtitles for W's different modes. I think you guys maybe, perhaps, were an inspiration there

(This was actually in episode 2, as well. But I'm so used to seeing it in TVN encodes that it didn't even register as unusual the first time)

If you guys want to start breaking up the thread into episodes to avoid spoilers, that's fine
http://takkynoko.tumblr.com/ My new blog

takenoko wrote: ↑Sun Aug 14, 2022 7:24 pm If you guys want to start breaking up the thread into episodes to avoid spoilers, that's fine

I'm not sure how much activity we'll have here; it may only be a few of us. But regardless, that's not a bad idea.

lockonmaram
Whoa. Neo is an anagram of One. Whoa

Would be nice to see the old T-N subs here